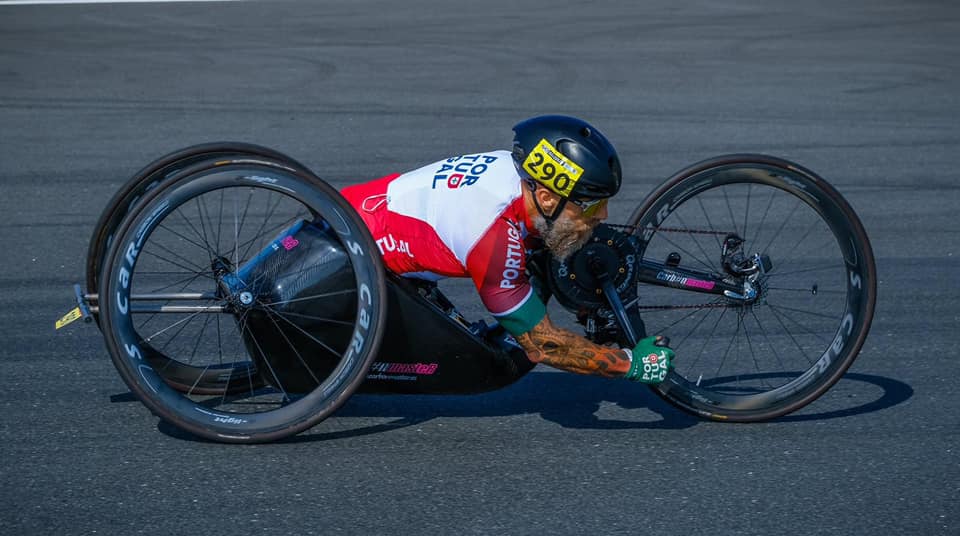 Luís Costa secured seventh position in the long-distance race of the Paracycling World Championship, which took place yesterday, the 13th, in Baie-Comeau, in the Quebec region, in Canada.

The paracyclist born in Castro Verde, but who lives and works in Portimão, competed in the H5 class. Flávio Pacheco, also Portuguese, was 12th in the H4 category.

«Luís Costa got off to a good start for this long-distance race, managing to stay in the front group during the first few laps. The Dutch Mitch Valize, who had already shone in the time trial of this competition, would end up attacking during the first half of the 66,2 kilometers that made up the course, taking with him the French Loic Vergnaud. Luís Costa would be in the group that followed right behind, along with four other runners», describes the Portuguese Cycling Federation.

«The Portuguese tried several times to surprise and escape the group he was following, but knowing that he had won the bronze medal in the time trial, the opponents did not risk giving him an advantage. The victory, by a wide margin, would go to Mitch Valize, who shortly after having attacked, would leave behind Loic Vergnaud. The Frenchman finished in second position, with the third place being discussed in the sprint in the group of Luís Costa, who would finish with the seventh position, after the Dutchman Tim De Vries launched the sprint still from afar”, added the federation.

Flávio Pacheco «faced a difficult race in the H4 class, having finished in 12th position».