Rugby takes “the world” to VRSA this weekend

The tournament will take place at the Sports Complex 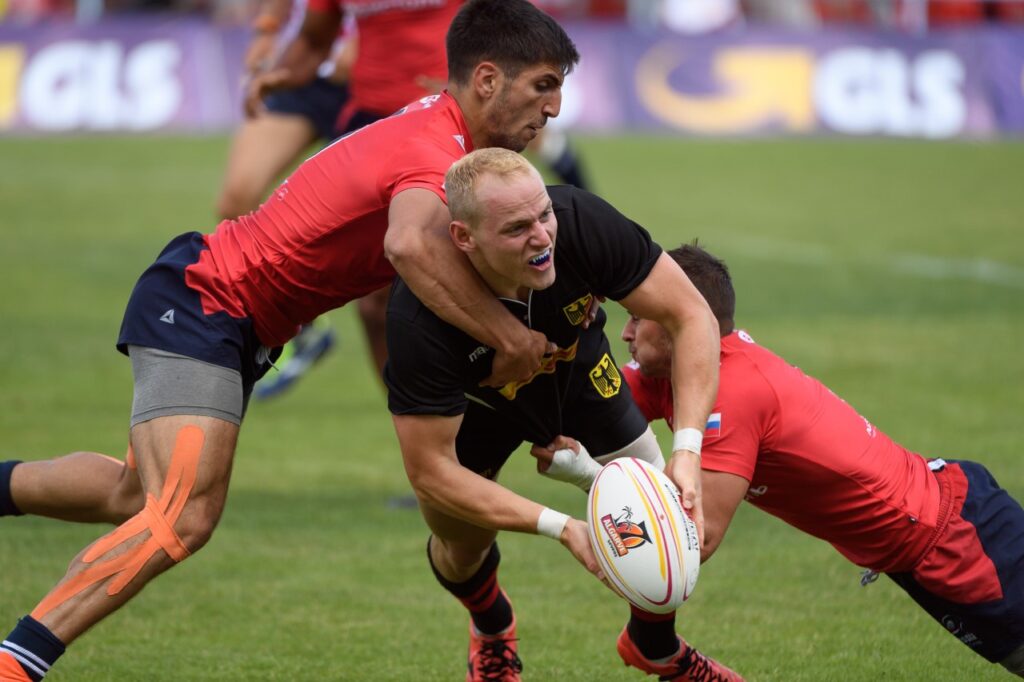 The “Algarve Sevens” rugby tournament returns to Vila Real de Santo António, from the 10th to the 13th of June, with 10 teams in competition.

The tournament will take place at the Sports Complex and is made up of the National Teams of Hong Kong, Georgia and Portugal and the International Teams Seventise, Durham University, Fantastics 7s, Blue Bulls, Landes 7s, Petelo Academy 7s and Viator Barbarians.

The event has other tournaments taking place simultaneously, in the different spaces of the Sports Complex, namely the «Men's Open», the «Women's Open» and the Veterans (13-a-side format).

The “Men's Open” competition will have some of the main Portuguese clubs and foreign teams, in a total of 18 emblems, divided into four groups.

The “Women's Open” will feature Nouvelle Aquitaine (who returns to the Algarve to defend the title won in 2019), the National Teams of Kazakhstan and Hong Kong, among other reference teams in the sport. In search of the 2022 Trophy there will be 12 teams, divided into three groups.

For José Diogo Trigo de Moraes, director of Sports Ventures and organizer of the event, «this 3rd edition promises to be the best ever, with a record of participation in quantity and especially in quality».

«We have a group of teams and competitions that promises a show of great level of rugby sevens. The teams see this event as one of the best international tournaments outside the world circuit, where they can compete with national teams, clubs and some of the best formations of international invitations», says the director.

For Portugal, Georgia and Hong Kong this will be a stage to reach the qualification tournament for the rugby sevens to play in South Africa, in September this year.

The attractions for this year are numerous with teams making their debut in the Algarve, such as the Blue Bulls, from South Africa, the French fleet represented by the Landes, Seventise and Fantastic 7s, and foreign clubs competing in the Men's and Women's Opens. .

Veterans are expected to have a team of «world legends» with former rugby players who represented their countries including, for example, Dafyd James (Wales and Lions) and Paul Varndel (England), who will give even more prestige to the Algarve Sevens.