Municipalities 2013 are next big challenge for PS in Algarve 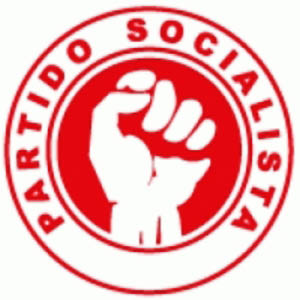 The preparation of the 2013 Local Elections represents the great challenge taken on by the new Political Commission of the Algarve Federation (CPF) of the Socialist Party (PS).

As part of the inauguration held on Monday, the CPF decided to set up the new Municipal Coordinating Group, which will present the intervention plan for the aforementioned municipal process.

"PS Algarve is renewed, alive and ready to work, and this is the ideal moment to prepare the political party intervention that will start to become more visible from now on", guaranteed the new president of the Federation of PS Algarve, during the swearing-in.

The ceremony was preceded by the constitution of the Secretariat and the Bureau of the Political Commission, which is now chaired by Manuel da Luz. Carlos Carmo and Alexandra Luis, new staff of the PS Algarve, are, respectively, first and second secretaries of this body.

Considering that, with the completion of the internal electoral process, the PS Algarve begins a new cycle of life, António Eusébio highlighted the importance of the upcoming Local Elections for the Party and for the region, having expressed his confidence in the commitment of the socialists to make the next election showdown a battle won.

"We are going to work to face the great confrontation that lies ahead with transparency, rigor and seriousness", guaranteed the socialist leader, who, during the inauguration, thanked the collaboration of the Algarve councils in the constitution of the CPF list, elected at the XIV Congress of the PS Algarve .

In addition to the Municipal Coordinating Group, whose composition will be defined after the appointment of the new coordinator at a CPF meeting, to be held until the end of this month, António Eusébio also announced the relaunch of the Academy of Studies, aimed at training the internal staff of the PS Algarve .

“This is an indispensable structure given the permanent need for absolute rigor in public management. It is important that the militants, and especially the mayors, are prepared for the next challenges facing the Algarve”, said the regional leader of the PS, to highlight the Party's openness to greater articulation with civil society.

"The articulation with civil society is fundamental, so we will develop contacts to hold meetings and other platforms for dialogue and collaboration, in order to contribute to our political-partisan intervention", said António Eusébio, to leave, at several dozen militants present at the inauguration, a challenge on behalf of the Party he now leads.

“I believe mine is also your goal, so I believe that we will all work together for an increasingly strong and united PS, to help make the Algarve continue to be a national and international reference, both because of its condition. region open to the world, as well as for its economic and social dynamism that have always characterized it”, he concluded.