The Development Center was formally created in 2011 at the Faro, and in February 2021 it joined the Portimão hub 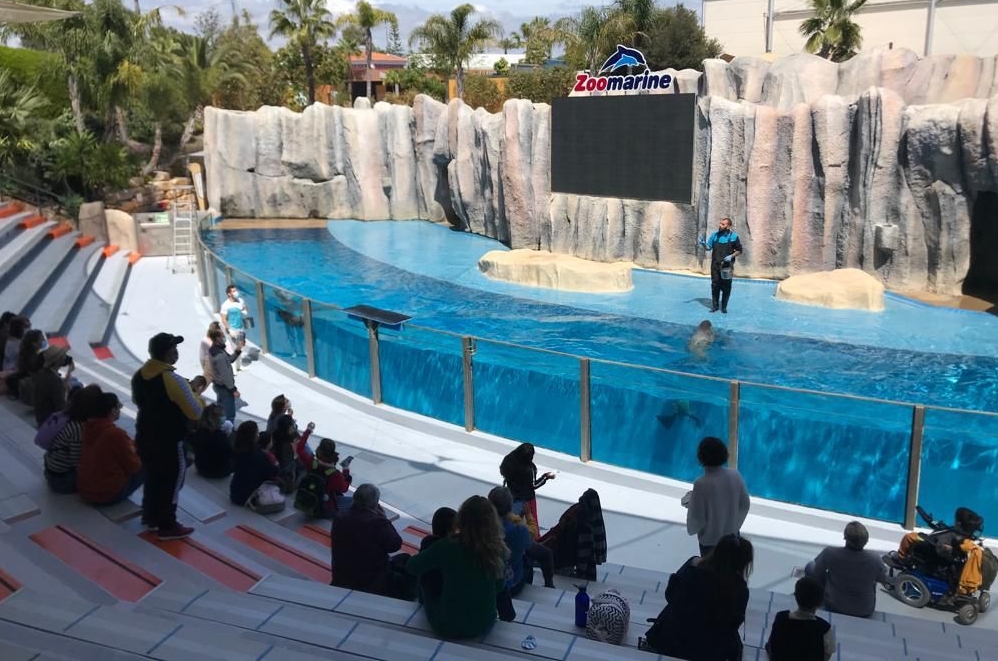 During this month, CHUA's Pediatric Development Center took children to Zoomarine and the Snoezelen room of Espiral de Vontades, Association for the Support of the Disadvantaged, in Monchique, in another series of complementary therapies to those applied at the Centre.

On Saturday, April 9, an event took place at Zoomarine with the participation of 17 children, followed by the Faro and Portimão of the Pediatric Development Center (CDP), accompanied by their caregivers and a team of professionals.

According to the coordinator of the CDP, the neuropediatrician Carla Mendonça, «the children completed a diversified program with the clear pleasure of all. There was a pedagogical visit to the marine animals with presence at the time of feeding and demonstrations with dolphins, sea lions and seals».

«This was followed by a convivial snack, with the participation of an occupational therapist musician, who promoted the children's interaction with various musical instruments, continuing with the traditional Easter egg hunt game. The session culminated with the active participation of children in the planting of a Ginkgo Biloba tree, this tree being considered a living fossil, a symbol of courage, strength, resilience and peace, with this gesture we intend to honor the children of the Center», he adds.

On Monday, April 11, there was a visit to the Snoezelen room of Espiral de Vontades, Association for the Support of the Disadvantaged, in Monchique, with the participation of 12 children accompanied by their caregivers and team of professionals.

"These activities are also intended to promote the sharing of experiences, foster solidarity and improve the interaction between parents or caregivers with professional teams, in order to generate more confidence and combat the feeling of isolation", explains the coordinator. from the Pediatric Development Center.

Also during the month of April, as part of the annual program of adapted sports developed by the Centre, there was participation in the 1st Adapted Paddel Tournament, promoted by APATRIS, followed by the mini-golf promoted by APEXA, on the 29th of April. .

Next Friday, the 22nd, the Pediatric Development Center will also promote a tour of the Ria Formosa for new parents and their babies, where they will be accompanied by an educator and occupational therapist.

The objective is to encourage the use of the kangaroo method and make known its benefits, enabling the sharing of parenting experiences and promoting health and well-being in nature.

The CHUA Pediatric Development Center invites all parents, with children up to one year old, who want to join this tour, being the meeting point next to the Rotunda do Caranguejo, on the road to the Island of Faroat 10 pm.

This Development Center was formally created in 2011 at the Faro, and in February 2021 it joined the Portimão hub. In addition to the internal multidisciplinary integration, made up of professionals from different Services, the center ensures articulation with other health structures, institutions and the community in general.