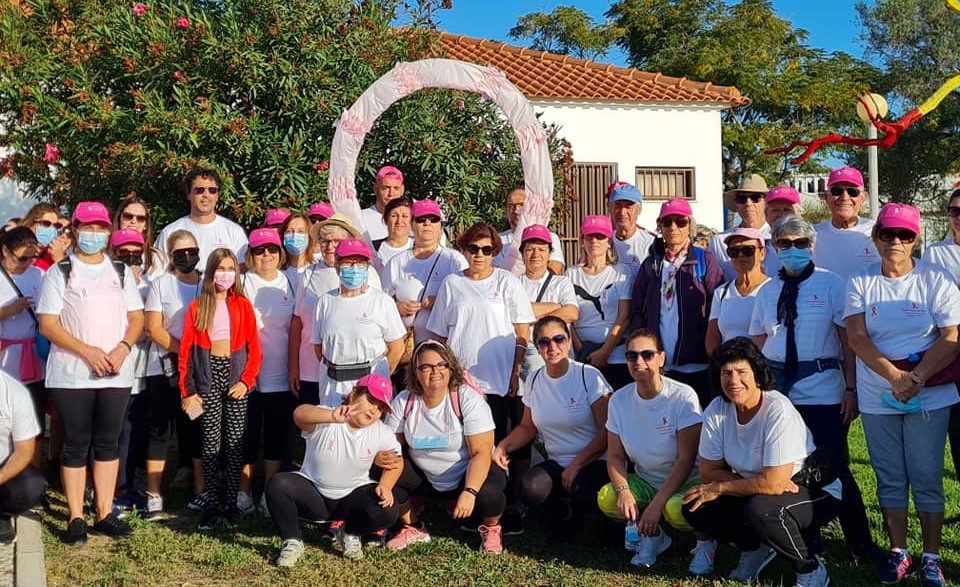 About 70 people participated this Sunday, 24 October, in a walk for the prevention of breast cancer, in Altura (Castro Marim).

In Altura, the participants made a donation, in exchange for a t-shirt or solidarity cap that will later be given to the Oncological Association of the Algarve.

This Sunday, the 31st, the Castro Marim Parish Council also promotes a solidary walk integrated in Outubro Rosa, with departure scheduled for 9:00 am at Praça 1º de Maio.

This cause is associated with the Parish of Santiago, which will have its Mother Church lit in pink, an initiative articulated with the Municipality of Castro Marim, which has also recently supported the repair of the roof and the painting of the façade.

The movement known as “October Rosa” (Pink October) was born in the United States of America, in the 90s of the last century, with the aim of inspiring change and mobilizing society in the fight against breast cancer. Since then, the color pink has been used to honor women with breast cancer, raise awareness of prevention and early diagnosis and support research in this area.

In Portugal, the Portuguese League Against Cancer promotes the “October Rosa”, where it raises awareness of the ultimate importance of screening. In Portugal, more than 6.000 new cases of breast cancer are diagnosed each year. If diagnosed early, this cancer has a cure rate of over 90%, so the best answer is screening.