“Finitor Polaris” is the new sculpture by Armação de Pêra 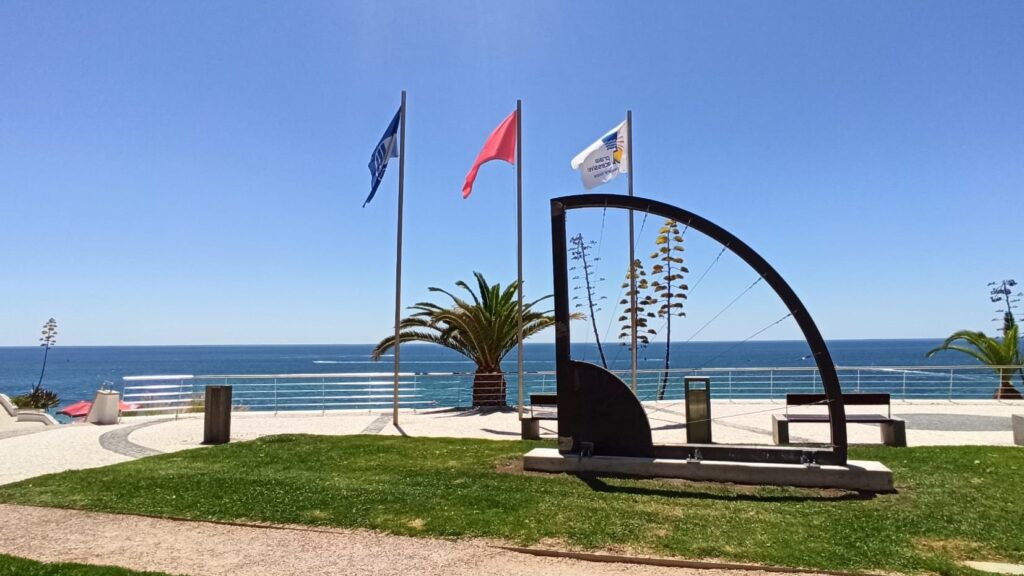 The municipality of Silves will inaugurate this Thursday, September 2, at 17 pm, the sculpture “Finitor Polaris”, by artist Karine Pierre Vikre, installed in Jardim do Antigo Minigolfe, on Avenida Beira-Mar, in Armação de Pêra , in an initiative integrated in the commemorations of the Municipality Day.

It is «a sound sculpture that aims to create a combination of a nautical instrument (quadrant) with a musical instrument (harp), thus forming a sound quadrant», says the municipality of Silves in a note sent to the editorial offices.

Its name originates from Latin, with «”Finitor” being the horizon and “Polaris” the polar star».

The choice of location for implementation resulted from research carried out on the Epic of Discoveries, present in the History of Portugal through the great maritime adventures.

«The participation of Silves in the first globalization of human society, took place in 1266, when D. Afonso III granted the charter Afonsino to Silves».

In the following centuries, the city assumed an accentuated relevance in the maritime expansion, highlighting «the visit of Infante D. Henrique to the city in the year of 1457, in the capacity of mayor, in which he resided, before moving to Lagos and then to Sagres».

«The navigator Diogo de Silves (1427th century), who discovered the Island of Santa Maria and the Island of São Miguel, in the Azores, was born in this city in XNUMX. Armação de Pêra appears within the municipality of Silves».

Due to the “inexistence of documents proving its origins”, historians are unanimous on a fundamental point: “the deep connection of Armação de Pêra to the sea”, concludes the municipality.