The Museum's future has been the subject of discussion…and discord. But there is white smoke in sight 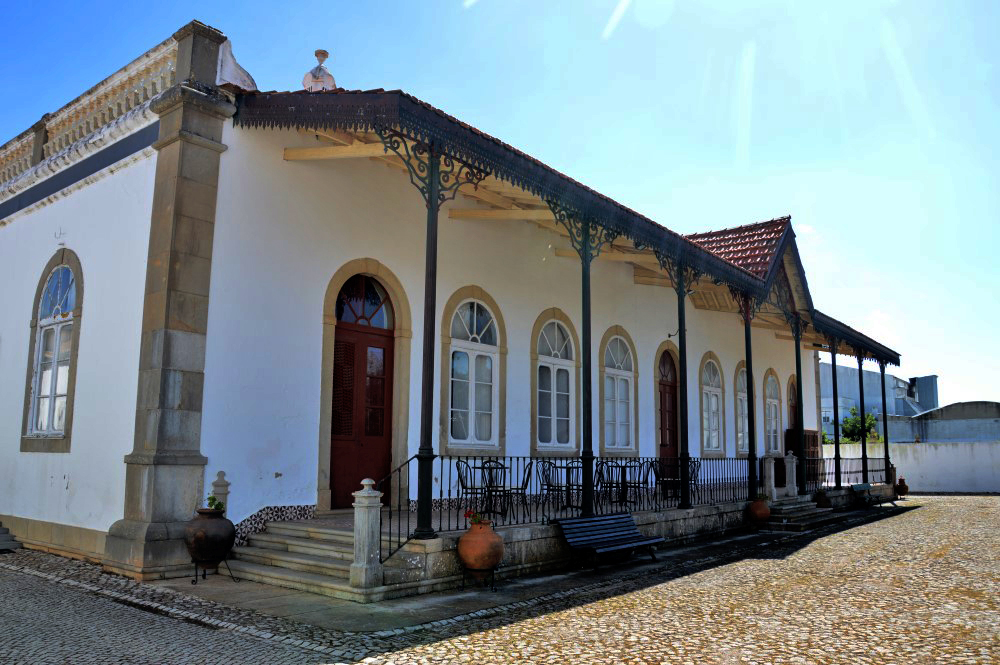 An exhibition on the mission and social action of the Santa Casa da Misericórdia of São Brás de Alportel, taking place at the Museu do Traje and organized by its director, with the collaboration of the City Council and, eventually, with the help of the Friends of the Museum. Although the date has not yet been set, this unprecedented exhibition could "mark the reconciliation" between all these entities and start a new phase in the life of the museological structure.

The proposal was presented by João Neto, president of the Portuguese Association of Museology (APOM), after a trip to São Brás de Alportel, where he met with the provider of Misericórdia (Júlio Pereira), the director of the Museum (Emanuel Sancho), the the president of the Chamber (Vítor Guerreiro), the president of the Parish Council (João Rosa) and the leader of the opposition (Bruno Sousa Costa, councilor of the PSD).

«An exhibition of this type is important for Misericórdia, because it will make its work known and show that its mission, in the social sphere, also involves being the owner of this museum. It is important for the Museum, because it will demonstrate that it has a very significant social action and relationship with local living forces. It is also important for people who work and collaborate with the Museum to feel supported», explained João Neto in statements to Sul Informação.

And for what purpose does all this come? The relations between the various protagonists, as far as the Costume Museum of São Brás de Alportel is concerned, have been complicated.

On the one hand, there are complaints about lack of freedom and investment. On the other hand, criticisms are refuted, assuring that the Museu do Traje is “the most valuable building” in São Brás de Alportel. This is a controversy that has at least one point of agreement: this space is “too important” and must be preserved. But despite official assurances, the lack of investment put the museum's survival at risk…which is much more than a pretty house.

Concerns about the museum's future were already a topic of conversation in São Brás de Alportel, namely among the members of the Friends of the Museum group, but were brought to the public in two recent opinion articles: one by Professor José d'Encarnação, from Coimbra University, published in the local newspaper Notícias de São Brás, the other by museologist Dália Paulo, published on Sul Informação.

The palace that now houses the museum was built 130 years ago and belonged to the Dias, Andrade and Sancho families, later passing to the management of Santa Casa da Misericórdia de São Brás.

The property occupies a total of 5000 square meters, where there are workshops, stables, farm houses, well, daughter-in-law or a windmill. All spaces now used by the Museu do Traje which, over the years, has been «growing and gaining notoriety», recalls a source linked to the museum, which does not want to be identified.

“Step by step, services were improved and a very unique identity was created that involves, for example, the participation of communities in the museum's activities. But this participation only occurs in the proportionality of the freedom that is given to cultural institutions», he denounces.

This lack of autonomy – and freedom – is the main point of disagreement that has involved the Museum and its owner: the Santa Casa da Misericórdia of São Brás de Alportel.

“We have witnessed, in recent years, a more centralist, more authoritarian policy, which has not helped the museum's development”, stresses the same source.

Júlio Pereira, provider of the Santa Casa da Misericórdia of São Brás, elected in 2016 for the first time, refutes the criticisms and is categorical: «there is no problem here!».

"If the museum is what it is today, it is thanks to Misericórdia, which owns this heritage, but also what was invested there in maintenance or new projects", he considered, in statements to the Sul Informação.

However, those who know the museum, argue that, «despite being a section of Mercy», the museological structure only works «if it has a certain degree of freedom, which has been cut and which leads to the loss of strength and ability to achievements'.

«There is a suffocation and a strangulation that we will not know where it will lead. We have several difficulties and the need to give us more freedom to work».

To this criticism, the provider responds: «you can't hire a service from a provider because I remembered it was that one, for the price he offered me. We have to respect the contracting with rigor and transparency. Therefore, we live in a democracy, there is freedom, but we all have rules to respect», he adds.

Currently, the Museu do Traje has three employees (the director, the concierge and a gardener). At certain times, it has already hosted professional internships, but “even that was cut off from us”, regrets the quoted source, in an example of the “divestment” that is denounced.

Júlio Pereira guarantees that, on the part of Misericórdia, there is even “opening” to, “at a certain point, place a new collaborator”.

«We have to analyze punctually, what it is, what it needs, how much it costs, because effectively we have a balance of costs. As it is easy to destroy a good name, it is also easy to unbalance what was balanced. we are in a crossroads in which there are three sources of funding that we are interested in pursuing. We have to have all our investment capacity to pursue these opportunities that will help us create opportunities to continue leveraging the museum's activity», he adds.

Regarding the boycott criticism of the Museum's activities, the ombudsman guarantees that “everything that has been proposed has been approved”, but stresses, however, that the essential work of the Misericórdia is “in the social area”.

“I would say that if we didn't have a social area, we wouldn't have a museum. For a very simple matter: the museum is not profitable, nor can this matter be seen in that light», he says.

Even before the visit of the president of APOM to São Brás, the City Council itself held a meeting, on 12 August, in which it brought together the director of the Emanuel Sancho Museum and the provider Júlio Pereira.

The president of the municipality Vítor Guerreiro believes that "things are on the way to solving the problem."

"There was an unease, which I believe will be resolved because this is a crucial space, it is the living room of our county with even national importance", he adds, to the Sul Informação.

For the mayor, the “Museu do Traje is too important for the history of our people and has to be given attention. For our part, we have a protocol of 17.500 euros per year and we are always available to help».

João Neto, in his statements to our newspaper, defended that the Chamber, in addition to the financial support it gives, should assume “a more active role of mediation, to foster greater dialogue between the Misericórdia and the Museum”.

A very curious aspect that the director of APOM also highlighted is the fact that this museological structure has, and for many years, an active group of Friends, in fact the first group of friends of a museum created in the Algarve, which involves the local community , with Portuguese and foreigners working for the same purpose.

Os Friends of the Costume Museum they are volunteers, organized in various interest groups, who contribute to a program in the various areas of culture, art, dance, music or photography. But the Friends have also been instrumental in raising funds to help the Museum keep its doors open. They bought equipment, paid for the assembly of exhibitions, financially supported the conservation of the fragile collections, among other assistance.

But, lament some members of the group, when these people, who do voluntary work, "begin to feel that the individual effort is not appreciated, there starts to be demobilization".

“This is disastrous. There's been work here for years. It is regrettable that it is undermining and taking autocratic attitudes that end up demobilizing volunteers», they say.

On the Mercy side, it is guaranteed that the relationship with the Friends of the Museum “has been good”.

A strange statement given that the Friends of the Museum, who were part of the Board of the Santa Casa da Misericórdia of São Brás, recently resigned in protest. O Sul Informação, incidentally, tried to get an official position from the Friends, but no one wanted to talk.

As for the future of this space, the request of those who know the museum well is just one: «we work with a peaceful working environment and not under stress and threats».

Dália Paulo, museologist, former regional director of Culture of the Algarve, in addition to being a member of ICOM, stresses that the Museu do Traje collection, «in the context of southern Portugal, is unique and spectacular. It is a very important collection, especially from a little-studied period, from the XNUMXth and early XNUMXth centuries, which needs to be preserved, but which also needs special and permanent attention in the area of ​​conservation and maintenance».

For the future of the award-winning Museu do Traje, all that remains is to hope that the exhibition proposed by the APOM president will go ahead and serve as a moment of reconciliation.