PSD speaks of an "unsuccessful" attempt to discredit the municipal executive

Failures in internal control, non-compliance with the Public Procurement Code and losses, in some very large cases, at major summer events, are some of the "serious irregularities and possible illegalities" that were detected by an audit of Ambi's accountsfaro, according to the monitoring committee that the Municipal Assembly of Faro created to follow this procedure.

The commission, composed of representatives of the different parties with a seat in the Municipal Assembly of Faro, presented its final report at the September 25th session of this municipal body.

In the conclusions of the document, the Sul Informação had access, it is pointed out «the total failure in internal control, the non-existence of separation of functions, the unsigned minutes, a set of wrongly classified items, the non-compliance with the Public Procurement Code, the services paid without proof of having been provided , among other non-conformities found'.

All of this “shows serious irregularities and possible illegalities, particularly in terms of contracts made in breach of public contracting rules”.

This leads the authors of the document to recommend to AM that the General Inspectorate of Finance and the General Directorate of Local Authorities be informed of the audit report to Ambifaro, "insofar as it is important for these entities to pronounce on the matter investigated".

The audit in question was requested by the PS and approved, in 2018, by the Municipal Assembly of Faro, a body in which the PSD/CDS-PP/MPT/PPM coalition, by which Rogério Bacalhau was elected president of the Chamber, does not have a majority.

However, several delays in the process have led to only now having a report on the assessment that was made to Ambi's accounts.faro, between 2015 and 2017, by an independent entity. 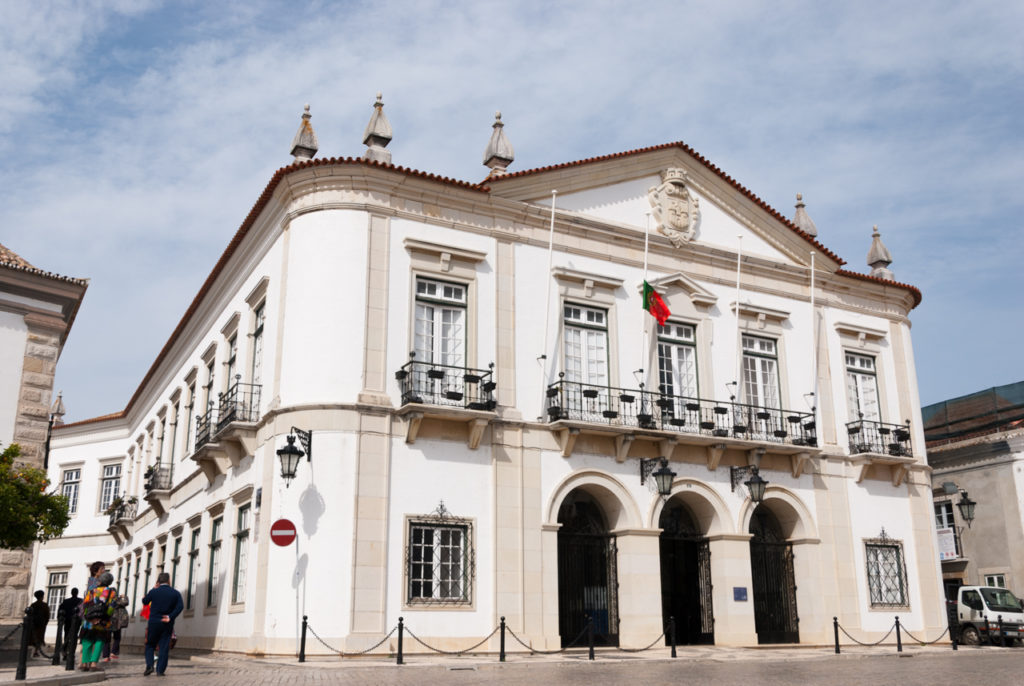 These delays are also noticed by the members of the monitoring committee, which is chaired by the socialist Fernando Marques and whose secretary is Pedro Cláudio, appointed by the Social Democratic Party.

"The delay and delay between the Commission's request for the contracting of the audit and the completion of the contract was unjustified", considered the commission.

On the other hand, the attitude of the executive is also criticized, which is accused of having made it difficult for the Municipal Assembly to scrutinize the process.

"The City Council never sent information received from the auditors, on its own initiative, during the course of the audit, which prevented an effective monitoring of the audit, attribution of this commission, showing that body a manifest disregard and lack of institutional collaboration, either with the commission , or with the Municipal Assembly», he accused.

The report also highlights the parts relating to major events, namely the F Festival and the Alameda Beer Fest.

With regard to Festival F, for example, the audit reveals that, in the 2017 edition of the event, a protocol was signed between Ambifaro, Teatro Municipal and Sons em Trânsito.

"In 2017, following the protocol signed between Ambifaro and Sons em Trânsito, this company received the amount of 133,1 thousand euros, plus a VAT rate of 23%, arising from the difference between the expected ticket price to reach, 440 thousand euros, and the amount reached. The report was requested to document the reasonableness of the amount paid, informed Ambifaro that it was unaware of the existence of the protocol', according to the report.

But there were other situations in which there were losses and unclear accounts, related to this and other events, according to the same document.

Rogério Bacalhau declined to comment on the monitoring committee's report and referred to the press release that was sent by the PSD to the newsrooms, which, he considers, mirrors the response he had already given in the AM in which the document was presented.

Still, source at the Chamber of Faro admitted to Sul Informação that there are "some irregularities", but stressed that the most serious "came from behind".

As for the losses with the events, namely in 2017, imputed to Ambifaro, are seen by the autarchy “as investments of the municipal universe”.

«Whether Alameda Beer Fest, Festival F, or Baixa Street Fest are investments by the municipality in the city and in the region. They are designed and organized so as not to cause harm", although this is not always "possible", he defended.

Basically, «the big profit they make is not for municipal companies or the Chamber, it is for the citizens, for the economic agents of the municipality and, finally, for the centrality of the city».

In the specific case of Festival F 2017 and the damage the event caused that year, the same source recalls that this was "the year F grew" and that it was an edition in which box office revenues were below expectations .

The monitoring committee's report also concludes that "the question underlying the performance of this audit was not answered", which was whether the assumptions that led to the merger of Ambifaro and the Municipal Market of Faro, namely the rationalization of resources and the financial viability of the new municipal company that was born, «were being complied with in accordance with the legislation in force, in view of a loss accumulated over three consecutive years of approximately 2,2 million euros» .

Avoid closing the Ambifaro, in light of this succession of negative results, was one of the main justifications given by Rogério Bacalhau for assigning the management of parking meters in the city to this municipal company, an intention that, at first, was failed by the opposition, but which ended up being shown in the AM of Faro, a few months later, thanks to a socialist, who contradicted the vote of his bench.

On the other hand, the report concludes that «the non-conformities and the technical evidence demonstrated point to bad management decisions that led to an effective loss of the public purse, revealing serious situations of incompetence at the management level». 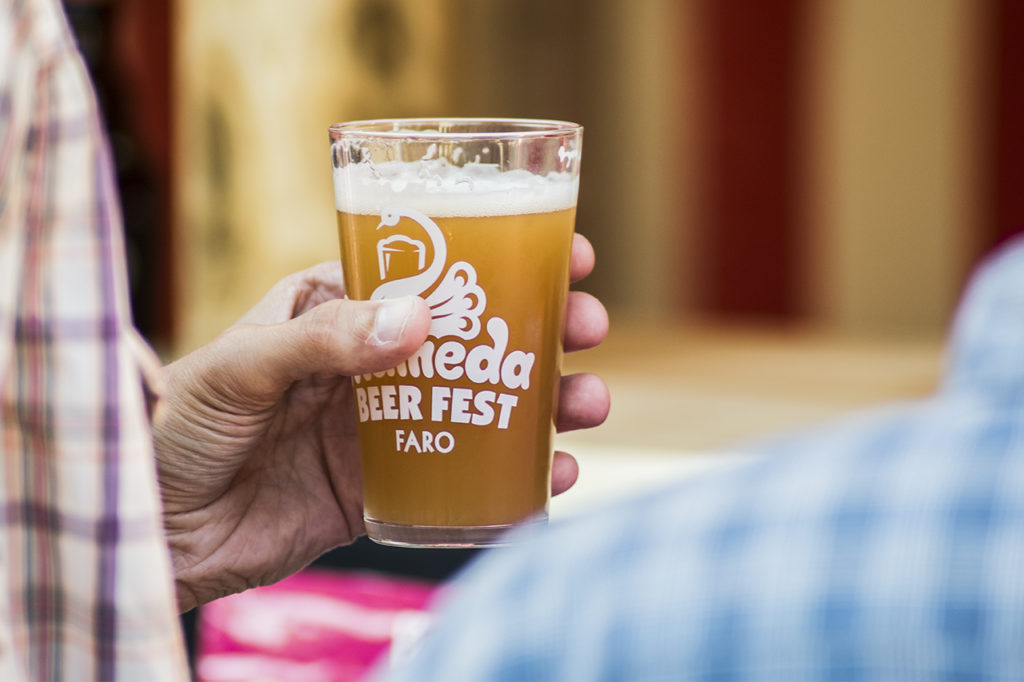 In reaction to the document and the result of the audit, the PS Faro highlights "the disregard for the rules of public contracting", as well as the "procedures without legal and administrative support, involving more than 2 million euros", among the "irregularities found by the auditors", which, they consider, "harmed the management of the treasury public and harmed the Farenses».

«Among the recommendations, the sending of the audit to the General Inspectorate of Finance and to the General Directorate of Local Authorities stands out, so that they deepen, within their framework of competences, the weaknesses detected. These recommendations were approved by a majority with the abstention of the right-wing parties – PSD, CDS, MPT and PPM», they stressed.

«For the Socialist Party of Faro, the results may be just the “tip of the iceberg” since the audit focuses exclusively on the period between 2015 and 2017, and only on the holding of 3 events: Alameda BeerFest, Festival F and Feira de Faro», warn the socialists.

«The practices and vices exercised, reveal a modus operandi harmful to public management, uncontrolled and wasteful, which was accentuated in 2017, the year of the municipal elections, which resulted in the reelection of the current executive, which had in Ambifaro his blue bag”, accused the socialists.

The main opposition party, in Faro, also spoke of "serious irregularities, such as non-compliance with public contracting procedures, execution superior to that contracted or the proliferation of direct adjustments without proper publicity, but also the lack of minutes attesting the approval of support and expenses events, amounting to several tens of thousands of euros'.

"Furthermore, this audit process was hampered by the lack of cooperation from those responsible, who, in the period under review, ran Ambifaro», part of which defendants were appointed under the “Open Market” operation.

On the other hand, the CDU, which helped to approve the recommendations of the monitoring committee's report, namely sending the audit to the competent authorities, stressed that “it was necessary to understand the reason or reasons for an accumulated deficit of €2. during the years 180 (000 thousand euros), 2015 (475 thousand euros) and 2016 (405 million euros).

However, the PSD went public to defend that, in the last AM, «the leftist parties with seats in the Municipal Assembly tried, without success, to discredit the municipal executive».

“The conclusions (inconclusive, after all) of the audit report do not reflect any serious irregularities. They do mirror the occurrence of some involuntary administrative errors, typical of those who wanted to do everything to save the municipal company and the Market from the financial garrote inherited from the poor results achieved between 2006 and 2010 and from the short-term financing assumed for the construction of the Market”, defends the PSD.

The Social Democrats quickly went on the attack, deploring that the same type of initiative "has not been carried out during the PS mandates, in which there were much more serious irregularities in all municipal companies and in the City Council itself".

“The PSD is also comforted by the financial results expressed in the audit. In fact, between 2014 and 2017, negative net results of 2,71 million were registered, immediately settled, contrary to the negative 4,4 million achieved in the 2006/2009 period, under PS management, the most negative in the history of the Market and Ambifaro, and which were fully transferred to the next administration», they accuse.

“The PSD recalls that the period covered by the audit was the one in which the short-term loan was repaid by more than one million euros. And in addition to this, it was also the time span in which more reproductive investments were made. It was at this time that basic but very expensive tools were acquired, such as a fire system, air conditioning, the reformulation of the electrical installation and the replacement of all the lighting, among others», also says the PSD Faro.

In other words, the Social Democrats claim to be "perfectly calm with the results achieved" and de-dramatize "the impact of bureaucratic errors pointed out in the audit, insofar as they are remedied and that they did not result in any harm to the interests of the Municipality and of State".