Portimonense is in Futsal Division I, Portugal Championship is over

Decision regarding district championships not yet taken 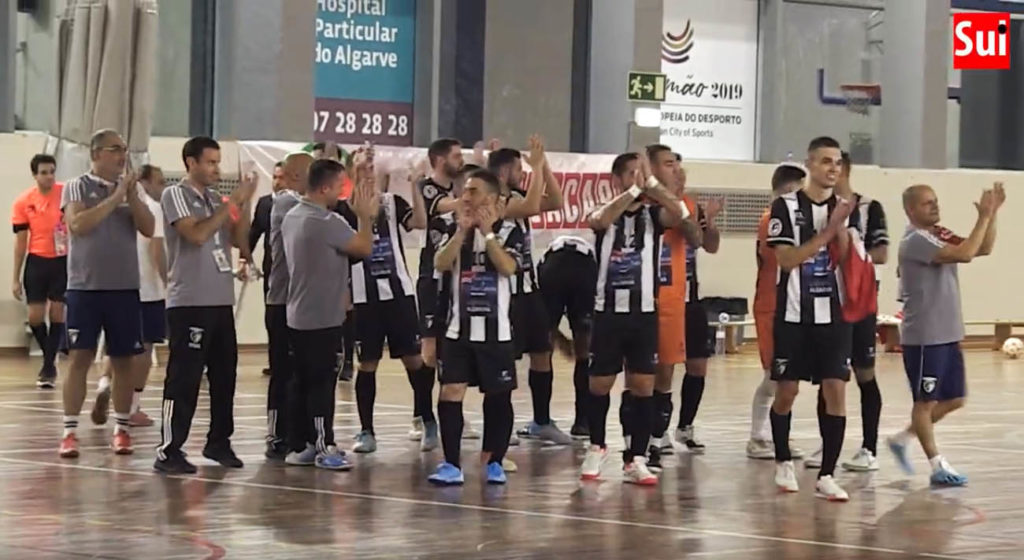 The Portuguese Football Federation (FPF) decided, this Wednesday, April 8, to conclude all the senior competitions it organizes, which means that Portimonense remains in the I Futsal Division and the Portuguese Championship, where four Algarvian teams play, finish, no champions, no downs.

Thus, in the Portuguese Championship, this decision affects Olhanense, Louletano, Armacenenses and Esperança de Lagos. And if this is good news for teams like Esperança and Armacenenses, who were fighting for maintenance, Louletano, for example, sees the possibility of a climb falling to the ground.

Even so, the FPF, in a statement, says that "as soon as possible, the two clubs will be nominated" that will rise to the II Football League. In other words: although there are no champions, nor descents, there will be two ascents and here Olhanense will be able to enter.

The Algarve team leads the D series of the Portuguese Championship and is one of those on the lookout for one of these two places. So far, no final decision is known.

Moving on to futsal, Portimonense guaranteed, with the end of the championships, the permanence in the top level. Division II also ended, with Farense, Albufeira, Sonâmbulos not relegating the division.

According to the FPF, all these decisions were taken based on the fact that “the public health conditions are not met so that clubs with amateur structures, as is characteristic of the competitions in which they participate, can train and compete in safety”.

«On the other hand, the State of Emergency is in force in Portugal, at least, until the 17th of April, being possible its extension. These circumstances prevent the normal course of competitions, and it is unpredictable to predict when and if such public health conditions will still be met during this sporting season», he adds.

As for the district competitions, which are under the jurisdiction of the Algarve Football Association, it is not yet known what decision will be taken.