There are volunteers to help 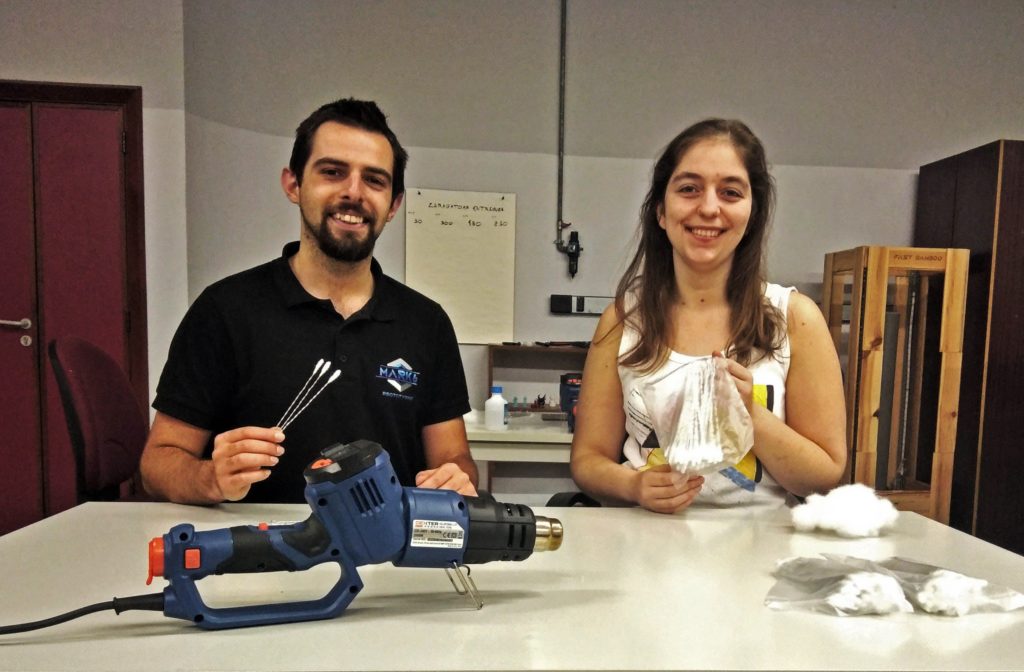 Daniel Varela and Joana Pedroso are two young people from the Algarve who, when they realized they could help fight Covid-19, did not turn their face to the fight. With a prototyping company, set up about six months ago, in Loulé, they decided to make their services available to the community. And so they began a «pioneering work, until now, in Portugal»: the production of swabs.

“Mark 6 Prototyping“. This is the name of Daniel and Joana's company, which, since last Monday, March 29, is producing swabs to be used in Covid-19 tests.

Both are 25 years old and are former students at the University of Algarve: he in Mechanical Engineering, she in Marketing. It was precisely through UAlg that “this authentic challenge” began.

“Our main areas are research and development and 3D printing. Based on this, and with the progress of the pandemic, we decided to ask UAlg, in this case CRIA, how we could help», tells Daniel Varela to Sul Informação.

The expectation of the two young people was, for example, to produce visors on 3D printers, something that has been replicated by other entities, but the challenge would be different.

“CRIA told us that what was really missing were the swabs. So we spent the day researching, doing tests and, last Monday [March 29], we delivered the first ones», says Daniel.

“I remember that they contacted us, ABC, saying they were ready to collaborate in the health area. We accepted, of course, and they were even surprised when we told them that what we needed was swabs," he adds. Sul Informação.

This has been, in fact, one of the products with the greatest need in the entire country, as the Health Minister herself has already admitted.

«They immediately got down to work to move forward with this work, counting on our support, namely from Professor Isabel Palmeirim, director of the Integrated Masters in Medicine at the University of Algarve», reinforces Nuno Marques.

«We immediately gave them the list of materials they can use, according to the World Health Organization: an aluminum rod and the tip, which is what catches the virus, made of rayon (a synthetic fiber that is the most suitable)», he explains.

Based on this, the company came up with a solution "for what seemed to be the most difficult: joining the tip to the rod so that they would be well placed".

Everything was ready, but there was a ok final part of the competent authorities. «We sent the product to the Ricardo Jorge Institute, which, taking into account the materials in question, did not pose any problem. We did tests on patients, who we knew were positive, and everything went beautifully too», recalls Nuno Marques.

For now, says Daniel Varela, "we are doing 300 swabs a day." "But the goal is always more," he readily adds.

For this, «we have improved the production method. We already have more automated parts and we are working to provide a better response. It has been a daily challenge», he confesses.

The swabs are being used both for testing Covid-19, for example, in the drive-thru from the Algarve Stadium, as in the screenings being carried out in all Algarve homes.

For Vítor Aleixo, mayor of Loulé, this is “an initiative of great merit, by two young people, which deserves to be applauded”. Besides Daniel and Joana's friends, it is also from the local authority that some volunteers have gone to help with the production of the swabs.

As for the Mark 6, «it has already authorized the disclosure of the formula so that other points in the country can also develop these rumpuses», Nuno Marques says.

It is the way that Daniel Varela and Joana Pedroso arranged for their work to be replicated.

“What we want is to help as many people as possible,” concludes Daniel.