Good result by Luís Costa gave a happy tone to the day of the Portuguese delegation, who have been experiencing troubled days in Canada, due to part of the luggage being lost 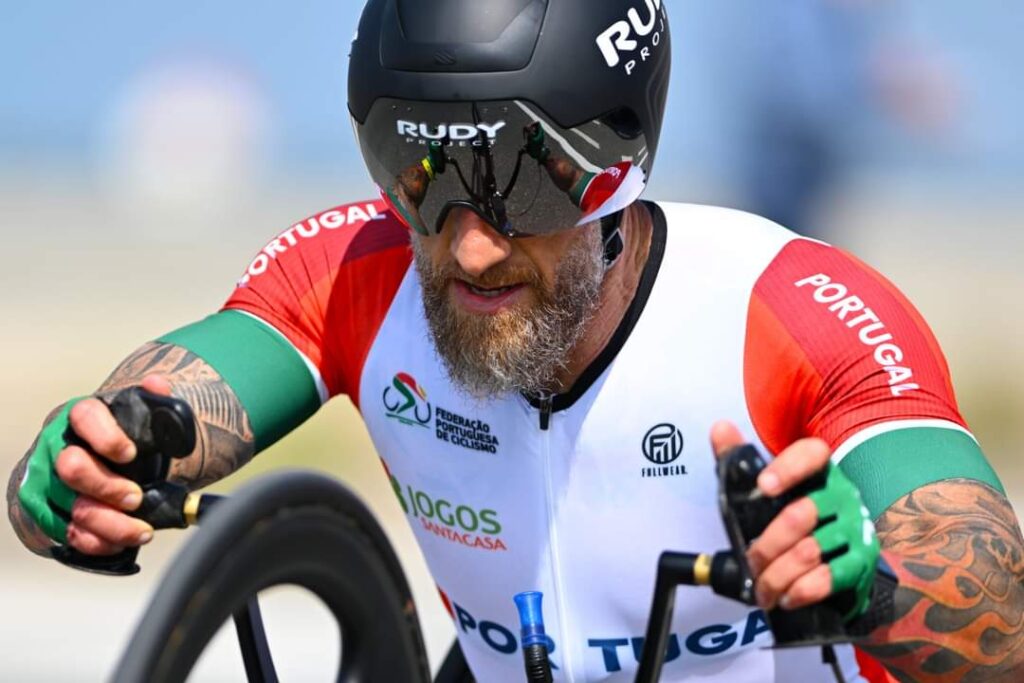 Luís Costa, from Alentejo, who lives in Portimão, won the silver medal in the class H5 time trial of the Paracycling World Cup, which started this Thursday, August 4, in Quebec, Canada.

The Portuguese Paralympic runner was one of 12 participants in the 17,6 kilometer race for the H5 class, a race that proved to be very balanced, with the top six separated by less than a minute.

The victory belonged to Frenchman Loic Vergnaud, who completed the course in 27'57''17. Luís Costa, with a constant performance – he was already the second fastest in the intermediate point – occupied the immediate position, 44,78 seconds from the winner. Third, at 53,33 seconds, was Alfredo de los Santos (United States of America).

Luís Costa's good result gave a happy tone to the day of the Portuguese delegation, which has been experiencing troubled days in Canada, due to part of the luggage being lost. Due to this problem, Flávio Pacheco was unable to participate in the class H4 time trial today, as his handbike is still lost.

Today, it is expected the participation of Bernardo Vieira, in the class C1 time trial, and Telmo Pinão, in the individual exercise of class C2.

However, Telmo Pinão's bike has not yet been delivered to the Portuguese runner, and is also lost.