The largest photovoltaic plant in the country opens tomorrow in Alcoutim

Central has a power of 219 megawatts 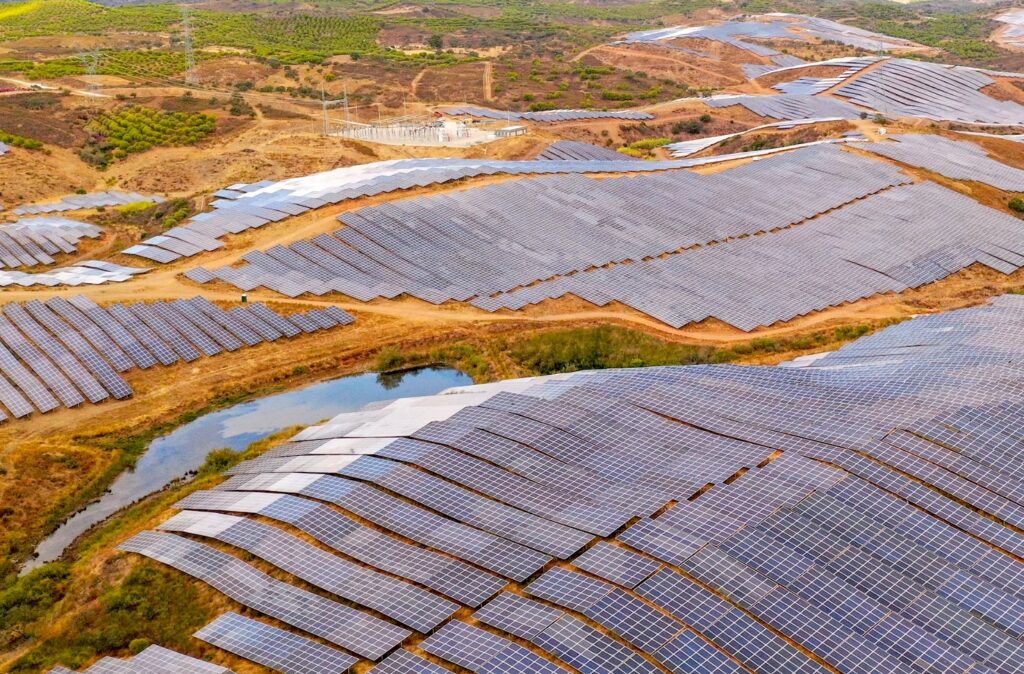 The largest photovoltaic plant operating in Portugal, located between Vaqueiros and Martim Longo, in Alcoutim, will be inaugurated tomorrow, Saturday, the 9th, in a ceremony that will be attended by the Minister of Environment and Climate Action and the Assistant Secretary of State and Energy.

This unit, which was initially designated as Solara4, but which was definitively named as the Riccardo Totta Photovoltaic Power Plant, has a power of 219 megawatts, which makes it not only the largest power plant in Portugal, but also «one of the largest in Europe. subsidized'.

«By comparison, it is about five times higher than the Central da Amareleja, which, in 2008, was the largest solar plant in the world», according to those responsible for the project, which are the companies WElink Energy/Solara4, in partnership with China Triumph International Engineering Company (CTIEC).

«The project has 661.500 panels installed, occupying a discontinuous area of ​​320 hectares, following the terrain's orography and maintaining green corridors, which represented an engineering challenge to minimize the impact on the environment. In total, 40 transformer stations connect the Central substation and the Rede Elétrica Nacional (REN) substation in Tavira», they add.

The Riccardo Totta Photovoltaic Power Plant «will save 326 tonnes of CO2, the equivalent of the energy used by 200 homes, a fundamental contribution for Portugal to reach the renewable energy targets set out in the National Energy and Climate Program 2030 (PNEC 2030)» .

The process that led to the installation of this plant started in 2015, but it was only in March 2017, and with some controversy in the mix, that the work was released.

The plant began to be implemented in 2019, «in a lengthy engineering process, it was stopped in 2020 due to the covid-19 pandemic and was completed this year, having received, on 15 September, the operating license from the Management General of Energy and Geology (DGEG)».

The name of Riccardo Totta is a «homage to the owner of the land, who collaborated with WElink/Solara4 so that the project came to fruition».

Regional and Conventual Sweet Fair is back in Faro

Albufeira shows positive results from a project dedicated to children