The Roman Ruins of Milreu, assigned to the Regional Directorate of Culture of the Algarve, have been a National Monument since 1910 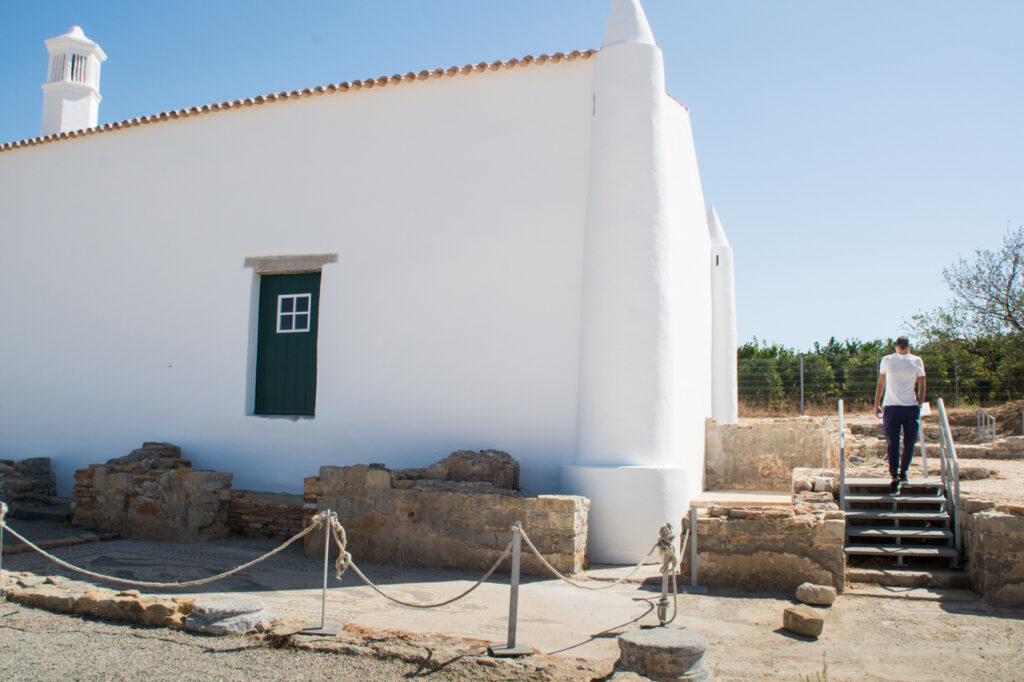 Ângela Ferreira, Assistant Secretary of State and Cultural Heritage, will visit, this Saturday, 26th of September, from 18 pm, the Roman Ruins of Milreu, in Além (Faro).

«The Casa Rural de Milreu, whose rehabilitation and maintenance works were completed in June this year, is one of the most interesting examples of traditional Algarve architecture, with small cylindrical towers adjoining the four corners of the building», says the Regional Directorate of Culture of the Algarve.

The works included the recovery of the exterior coatings, ensuring their waterproofing, including plastering, door and window frames, roof repair and even the execution of a gutter to divert rainwater from the archaeological ruins, reinforcing the solidity and resilience of the House Rural.

The contract for “Maintenance and Conservation of the Roman Mosaics at Villa de Milreu – Phase B”, scheduled for completion in 2021, foresees work to be carried out in an extensive part of the compartments in the villa which are decorated with mostly polychrome mosaics, with geometric, plant and figurative decoration.

Sometimes, they cover the inner cloths of the tanks, decorated with fish that are purposely designed deformed, so that in the water they simulate movement. In total, we intend to recover 22 mosaic panels, with different dimensions.

The Roman Ruins of Milreu, assigned to the Regional Directorate of Culture of the Algarve, have been a National Monument since 1910, the year of the first diploma of the Portuguese Republic dealing with the protection of Cultural Heritage.

Milreu is a villa rustic built at the time of the Roman Emperor Claudius, XNUMXst century AD, destined for the agricultural production of vines and olive groves and the production of wine and oil.

Milreu follows the history of the region, as its occupation covers the Roman period until the end of the XNUMXth century, the Islamic period, the formation phase of the Kingdom of Portugal in the South, and finally, the construction of the Rural House, at the end of the century. XV.

Also noteworthy is the set of floors and walls covered with Roman mosaics decorated with marine themes, as a result of the architectural remodeling carried out in the XNUMXth century AD

The Roman Ruins of Milreu are identified as a Level 1 Regional Investment Priority in the Algarve.