There are already two users admitted to the hospital in Faro, while the cases went up 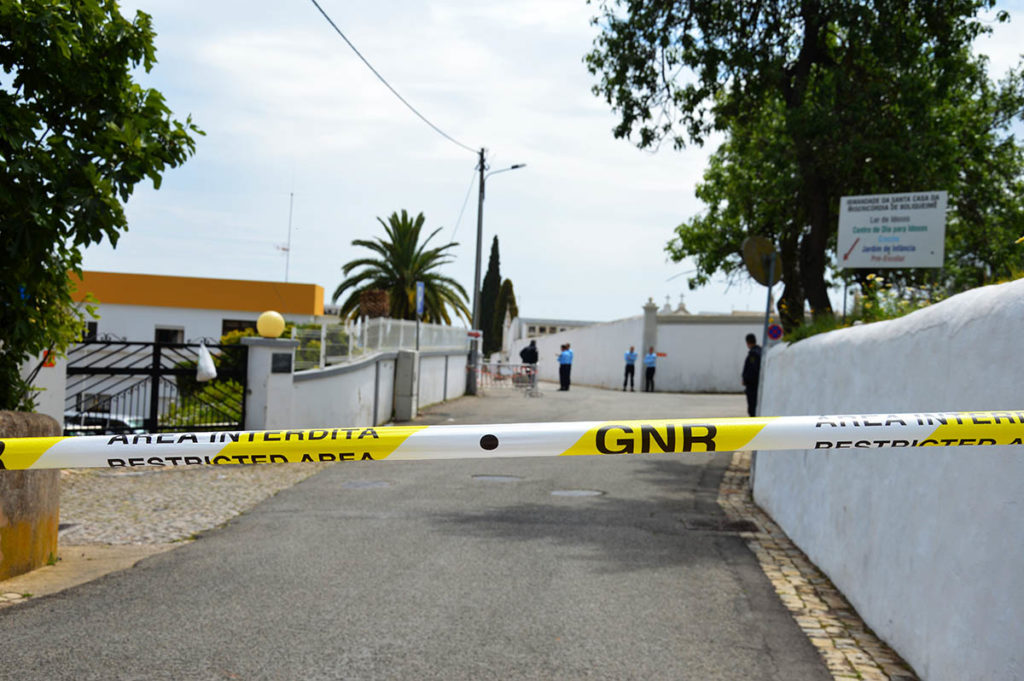 A team consisting of a doctor, a nurse and a psychologist from the Central Health Centers Group (ACeS) is providing daily support to users and employees of the Santa Casa da Misericórdia de Boliqueime home, following the identification of more than two dozen of positive cases to Covid-19 in the scope of the screening carried out earlier this month.

ARS Algarve also carried out a training action for the institution's employees on the procedures to be adopted by the Residential Structures for the Elderly (ERPI), within the scope of the guidelines of the General Directorate of Health, to strengthen the prevention and control measures for the infection, as well as how to raise awareness of the importance of the correct use of Personal Protective Equipment by the employees of the Home.

The Public Health Unit of ACeS Central, in conjunction with the Municipality of Loulé, Civil Protection, Social Security, the Portuguese Red Cross, as well as the Algarve Biomedical Center (ABC), “it has been monitoring and supporting Santa Casa da Misericórdia in Boliqueime since the beginning, in order to reduce and limit the impact of Covid-19 on the institution”.

After finding out that the director of this Home was infected, it was the Algarve Biomedical Center which screened all users and employees of the institution. In a first moment, 21 users were known to be contaminated with Covid-19.

To try to prevent the situation from spreading to the rest, users and employees who had accused negative were taken to a hotel in Vilamoura, while the positive and inconclusive cases were kept at home.

Last week, the 2nd floor of the building was disinfected by a specialized GNR team.

Yesterday, in a statement published on its Facebook page, the management of Santa Casa da Misericórdia (SCM) in Boliqueime announced that the number of infected had already risen to 37, including 26 users and 11 employees. In other words, it seems that the measures taken when the situation was discovered were not in time to prevent other people from being contaminated.

Although «the vast majority remain asymptomatic, without showing, therefore, symptoms of the disease», it was necessary to evacuate to the Hospital de Faro a patient “who already yesterday [the 14th] was suffering from a persistent cough”. This lady's direct family members have already been “personally informed,” added the Misericórdia leadership.

This is already the second home user to be hospitalized, since last week, the mayor of Loulé had already announced that another user had to be transported to the hospital, due to his health condition.

According to the head of the Misericórdia de Boliqueime, new tests were carried out on users who are staying at the hotel, as well as on the unit's employees.

Today, Thursday, the Chamber of Loulé will promote an action to sanitize and clean the 2nd floor of the home, which was the target of a decontamination action a week ago. This work will be carried out “by a specialized company”.

"We hope in this way, and as soon as the health authority understands that the appropriate conditions are in place, that the users who are in the hotel can return to their home (floor 2) and to the space they know so well and where they feel good," added the provider .