The tension was clearly visible on the faces of the firefighters and the people who looked at the flames on the other side [...] 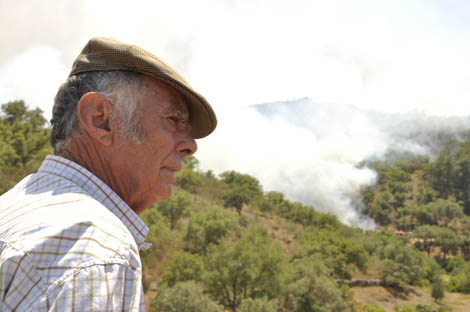 The tension was clearly visible on the faces of the firefighters and the people who looked into the flames on the other side of the valley, right there at the gates of Cachopo. On Wednesday night fell with the fire spreading through the Serra do Caldeirão and at daybreak the large fire showed that it would not give rest to those who tried to fight it.

Throughout this Thursday, hundreds of operatives, supported by more than one hundred vehicles and various aerial means, fought a fire on four fronts, two of which were of great intensity, with constant "violent re-ignitions". A fight that the operational commanders of the forces on the ground took on from the first hour that was "very complicated".

The difficulty in fighting the flames was clearly seen in the areas closest to the fire front. Next to the mill that welcomes those who arrive in Cachopo from Tavira, José Sebastião Gomes looks with a worried air at the flames that crackle a few hundred meters away and that, from time to time, rise voraciously, creating a start to the who looks at them.

A few meters behind Patrício do Cachopo, as he is locally known, began the property where he set up his business as a cork trader many years ago. Below, at the foot of the hill, several men, including his son, the current owner of the business, were dedicated to wetting the piles of this precious raw material to protect them from accidents. “Don't leave a burning rabbit or mouse out of here and stick it in there”, he illustrated. 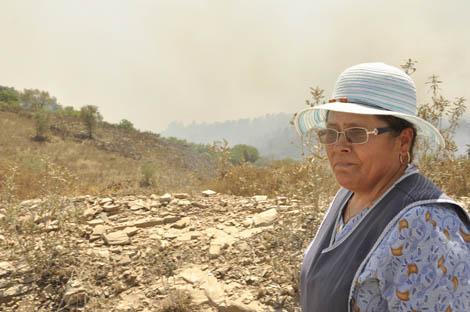 "We used to harvest around 10 to 12 thousand arrobas of cork here a year," he said, pointing to the cork oak that is serving as pasture for the flames. «Today, less was taken off, but now it's completely naked. He finished! Everything that is left there is to lose, to shoot down», he said.

Aged 78, the inhabitant of Cachopo has been working with cork since he was 18 years old and cannot hide his sadness at seeing the forests he grew up with disappear. “We are all very concerned. I have some small properties that I don't know how they are. They told me that one of them has already burned, but I still don't know», he said.

Despite the fact that 17 people were evacuated in the afternoon from different villages and houses, namely Castelão and Feiteira, yesterday the fire did not reach any of the first homes.

Worse luck had wild and domestic animals, which in some cases could not be saved and ended up being engulfed by fire. «Pigs, lambs, chickens, rabbits have died… everything that people have. I've lived here for 26 years and I've never seen anything like this,” said Antónia Guerreiro, wringing her hands, in a typical nervous gesture.

Danger united inhabitants and firefighters to fight the flames 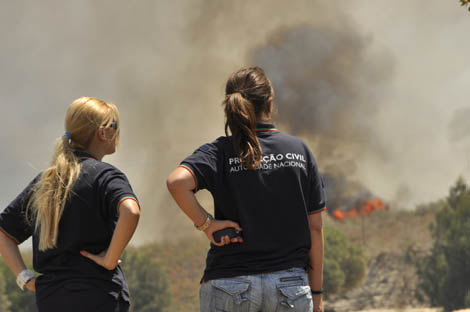 Throughout the afternoon, the restlessness among the villagers, with the persistence of fire approaching the buildings, grew. A feeling that quickly turned to determination not to let the fire pass.

The “click” to get out of the nervous expectation with which, throughout most of the day, they watched the firefighters fighting the fire, from a distance, took place with the approach of the fire front of a gas station. In a short time, many locals created a line, gripping branches and small hoses, prepared to fight the advance of fire and attacking, in some cases, small fires.

But it didn't take long for about a dozen firefighting vehicles to strategically position themselves and for firefighters, helped by people, to put out the flames that reached XNUMX meters from the gas station. For some time, it gave the feeling that the entire population of the village of Cachopo had gathered on that hill that dominates the valley where the flames spread, suspended in the emotion of the moment. 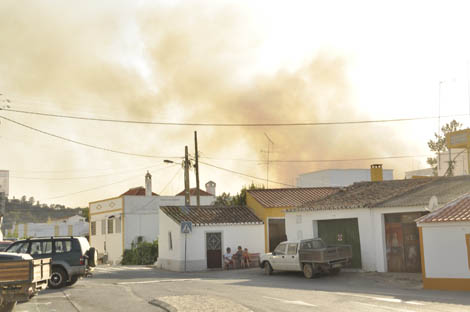