Four houses have already burnt down in Tavira, in São Brás there are still no accounts done

Four houses, three in the parish of Santa Catarina da Fonte do Bispo, and one in Santo Estêvão, burned down today […] 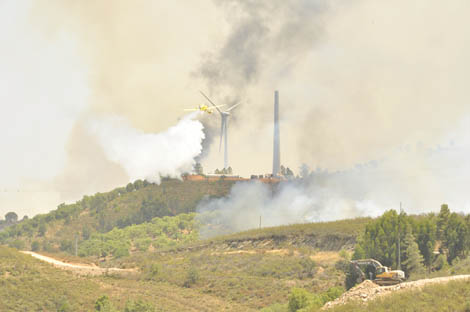 Four houses, three in the parish of Santa Catarina da Fonte do Bispo, and one in Santo Estêvão, burned this morning and during the day, in the municipality of Tavira, the mayor Jorge Botelho recently revealed.

António Eusébio said that he will now head to the Cova da Muda e Javali area, in the municipality of São Brás, which is currently the area that inspires the most care in this municipality. Here, revealed the mayor, the concern is to prevent the fire from "spreading to the West"

As for Jorge Botelho, he will monitor the situation in the Picota and Portela da Corça areas, where the forces on the ground are trying to prevent the fire from spreading to Nascente.

At the moment, there are already more than 900 men on the ground fighting the flames, supported by nine aerial means, including helicopters and planes, and 165 operational vehicles.

Meanwhile, radio Antena1 has just announced that a form of paratroopers will leave Tancos Air Base to help fight the flames in the Algarve.