The Popular Fair is back at the Eng Monument. Duarte Pacheco, in Loulé, between the 14th and 17th of July, with entertainment, handicrafts, gastronomy and Portuguese music.

On the first day, on the 14th of July, there will be a concert by Fogo Fogo, on the 16th it is the turn of Allcante to take the stage, followed by Luís Trigacheiro, while the 17th sings Rita Guerra.

These artists are joined by Emanuel Martins & Tânia Vaz, at the already usual popular dance, and also the Rancho Folclórico Infantil e Juvenil de Loulé, which will present a folklore workshop on the 15th of July.

In addition to music, there will be an exhibition and sale of handicrafts and agri-food products, small taverns with regional snacks, children's entertainment and daily musical shows.

The Feira Popular de Loulé is an initiative of the City Council that aims to «revive an old charity event and offer the city and its inhabitants a diverse option of entertainment and entertainment on hot summer nights». 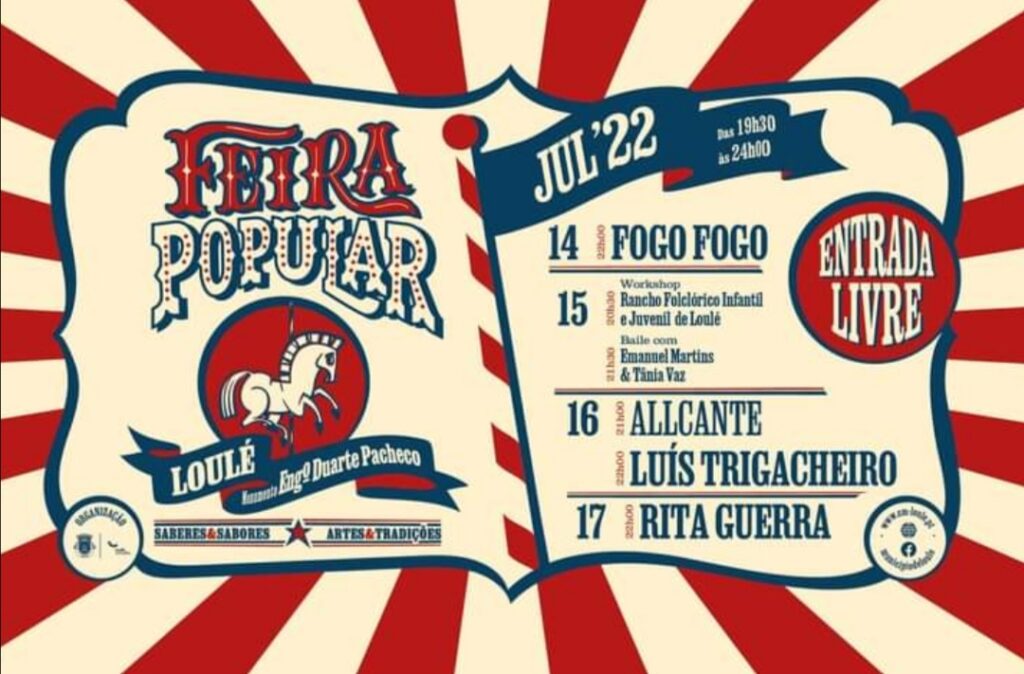