Show will also pass through Lisbon, Coimbra and Serpa 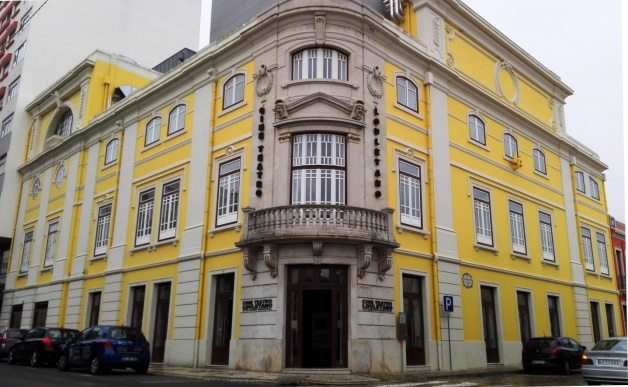 The Algarve company Mákina de Cena premieres this Friday, October 8th, in Loulé, a multimedia and interactive piece that is a journey through passages admittedly “stolen” from other artists.

“I had 1 idea for 1 duet” is an invitation for the spectator to let himself be «taken on a journey» with the two actresses in a show that «does not invite you to follow the story from beginning to end, but let your imagination travel». the play's artistic director told Lusa.

«We want the spectator to let himself be carried away by the images he sees and by what he feels, and at the end of the show say: there you wanted to say that? We want there to be a kind of sharing with the public», stated Carolina Santos.

The actress also revealed that the play is made up of a "sequence of excerpts and works stolen from other artists", glued and transformed by the company and in which the audience is "fundamental" to give meaning to the show as a whole and where it is also encouraged to participate.

The show, which will then go to Lisbon, Coimbra and Serpa, is composed of an interpretation component, another more plastic with video mapping, light and completed with sound, but lives "truly" when all the elements are in the scene.

Carolina Santos assumed the desire to work with actress Susana Nunes after having attended the Masters in Theater at the University of Évora and the opportunity arose when she came across the text “Attempts to kill love”, by Marta Figueiredo, where you could read: «most of the sentences in this text are not mine, I read them elsewhere».

This is the motto to create "I had 1 idea for 1 duet", where they looked for their inspirations, putting only "things of others" and assuming this "theft and collage, properly identified", leaving the two actresses to establish the common thread and do the «collage of the puzzle».

“People say they are inspired by or that it was done because they remembered that scene. We assume at 300% that we are reproducing that scene, that group, in that stretch, in that moment of the show», he stressed.

Before the next scene, they reproduce a video as a suggestion for viewing «similar to what already happens on Youtube», creating with the audience a feeling of «joint online research session» where they accept whatever algorithm is suggesting to them.

The creative process took place during the period of confinement imposed to fight the covid-19 pandemic, where they drew up an "extensive list" of excerpts from shows, but which "would have to be easily available" on social networks and "very immediate" identification for the viewer.

When they started the physical work, they made a selection and elaborated a «non-linear narrative journey» with the creation of “subtexts” for each of the scenes, updating some themes, so that it wasn't just a show of 'sketches', noted the artistic director .

For this, they used the structure created by Marta Figueiredo in the text that inspired the show and sought to «find the meaning of the title of the various chapters» with the message they wanted to convey, always inspired by the «current» of newspaper headlines or opinion articles.

“I had 1 idea for 1 duet” is a co-creation of Carolina Santos, Susana Nunes, and Pedro Filipe Mendes, and premieres today at 21 pm at Cineteatro Louletano, for people over 00, with a ticket costing five euros.

Admission is free for all people with special needs and for holders of the Loulé City Council senior card.