On Tuesday there is a new game in the Algarve, against Luxembourg 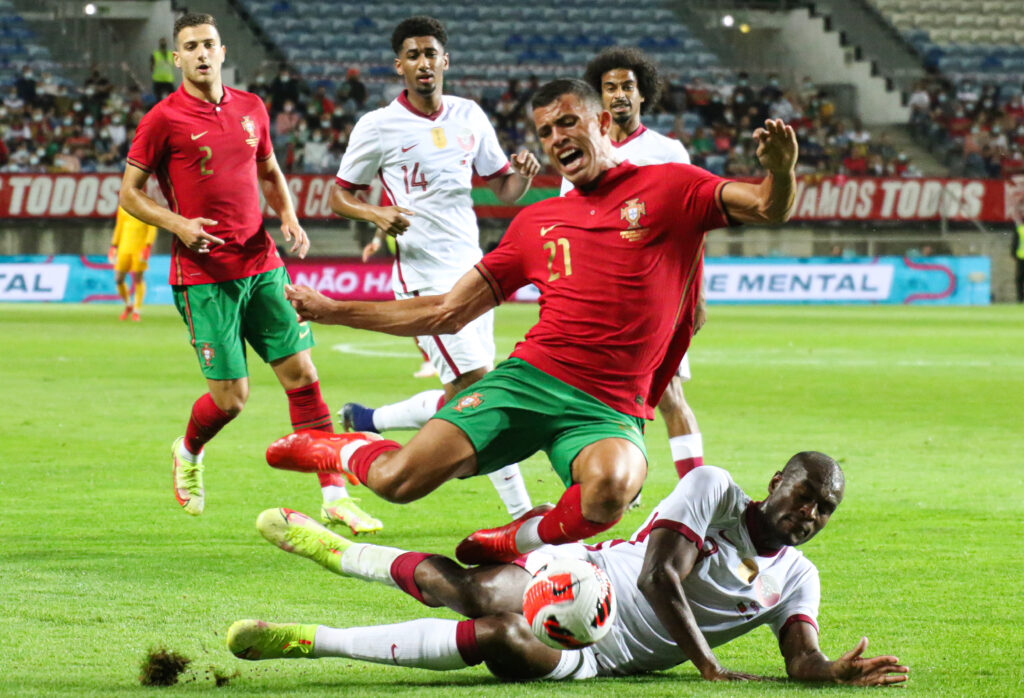 A one-way game had to end in victory. Portugal beat Qatar 3-0, in a private game played on Saturday night, October 9th, at Estádio Algarve, stage that once again became a talisman for the national team.

In an 11 with many changes, Fernando Santos launched - and soon as starters - two players in absolute debut. Matheus Nunes and Diogo Costa stood out in the Portuguese coach's choices for this particular game.

In the stands, thousands of people from the Algarve once again said yes to the Federation's appeal, attending the game.

From an early age it was noticed that Portugal was superior to Qatar: the selection took over the match from the start, adding attacks and shots.

The first one of real danger could soon have scored. On minute 11, Matheus unmarked André Silva, but the forward, face to face with Alsheeb, shot to defend the opponent's goalkeeper.

Following the move, which still gave a corner, Danilo jumped alone, but once again Alsheeb appeared.

The Qatar keeper was the highlight of his team, adding defenses and defenses – at 16′, it was Guedes who took off, entered the area, but failed to score…due to Alsheeb.

At 34 minutes, a new opportunity for Portugal. Dalot, with a great pass, found Ronaldo who did what is rare: miss inside the area.

The warning was given and, after a short time, Cristiano did it.

It all started with a pass from Matheus (what a rookie game…) to Dalot. The defender headed into the area, a Qatar player missed the cut and Ronaldo, in the right place, only had to pull over to make it 1-0. 37 minutes were played.

For the second part, Fernando Santos took Nuno Mendes and Cristiano Ronaldo for entries by Nelson Semedo and Rafael Leão (another debut).

Right at the start of the complementary stage, Portugal scored the second. After a free-kick hit by João Mário, William made a first header, saved by the goalkeeper, and José Fonte appeared at the spearhead to score the goal on the reload (47′).

The one-way game (Diogo Costa didn't make a save worthy of record) continued throughout the second half. André Silva had good chances (59′ and 72) and Rafael Leão could have made his debut with a goal, but his shot hit the crossbar (81′).

With a secure victory, Portugal slowed down the pace a little, but there was still time to celebrate another goal. André Silva was trying throughout the game and, at 89′, scored, in a good header after a cross by Leão.

This Tuesday, the 12th, there is a new game against Luxembourg and this one will count towards the qualification of the World Cup 2022. It is expected that the Estádio Algarve, where the national team has never lost, will once again become a talisman.