Covid-19: Families helped students in class, but there was no peace at home

These are the conclusions of a study released yesterday, March 29 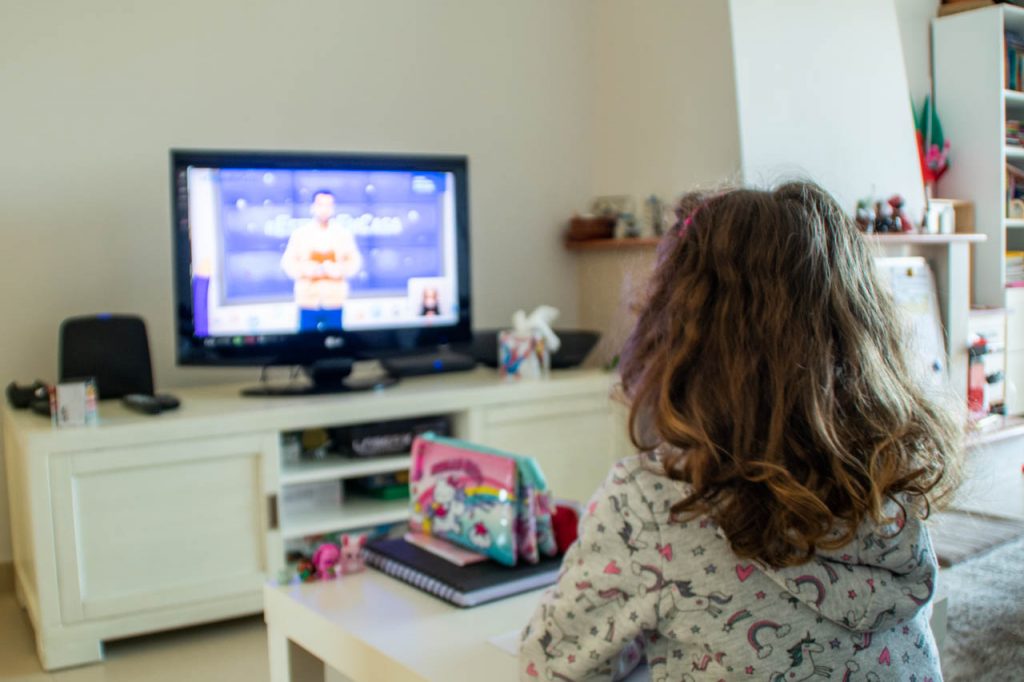 Most students had family support during distance learning in the first confinement, but for many it was difficult to find a quiet place to study at home or have equipment to attend classes 'online'.

These are some of the conclusions of the study released this Monday, March 29, by the Institute for Educational Assessment (IAVE), which tried to identify learning failures during the suspension of classroom education due to the pandemic, but also to understand under what conditions elementary school students were able to keep up with the classes.

More than 23 3rd, 6th and 9th graders responded to a survey in January and most admitted that there was a lot of effort at home in wanting to know if they were doing their schoolwork.

This concern was registered in more than 76% of the homes of 3rd and 6th grade children and dropped to 62,6% among 3rd cycle students, reveals the “Diagnostic Study of Learning”.

“Families considered it very important to accompany their children”, stressed the president of IAVE, Luís Santos, during the presentation of preliminary data.

Realizing if they were learning was a constant in the homes of families with students at the three different levels of education (69,6% in 3rd grade said they received support, 72% in 6th grade and 57,4% in 9. year).

The solutions found by the guardians were varied: more than half of the parents helped the 3rd and 6th grade children to make a time to organize the study, an idea that was less put into practice with the 9th graders. year (only 30,9%).

Luís Santos also highlighted the fact that more than half (53%) of the families with children in the 1st cycle have tried to explain the subjects taught in class.

For IAVE, this support given at home could be the explanation for the results of the youngest ones not having been so low.

The study also shows that about half of the 3rd grade students had support from the school, namely to see if they were able to carry out the proposed tasks (51,9%), to know how they were feeling (42,6, 39,4%) and even to teach tricks on how to study independently (XNUMX%).

This attention on the part of the school was less expressed among older students, according to the responses given by 6th and 9th grade students.

The data now known also point to some weaknesses. About 20% of the 3rd grade students said they had difficulty finding a quiet place to study at all times and 17% complained about not having a computer, 'tablet' or mobile phone to work with.

Regarding the lack of equipment, the Deputy Secretary of State and Education João Costa, said that the date of the survey is before the plan for distributing computers to younger students and that «computers are arriving practically every day».

However, João Costa said he does not have exact numbers on the program that provides for the distribution of computers to all students in compulsory education.

About 15% of students said they sometimes did not have access to the internet.

The students also admitted that they felt "little motivated to do their homework", recalled the president of IAVE.

João Costa once again underlined that distance learning continues to be a “resource solution”, which is “much less effective than being in the classroom”.

The suspension of on-site education, in March last year, also changed the relationship of many families with schools: parents and students began to “like the teachers much more” and the school, stressed Luís Sousa.

More than nine out of ten children in grade 3 (93%) said they miss school, the study reveals.

In the same sense, teachers were also identified as essential pieces: almost nine out of ten 6th and 9th grade students said that their teachers were available whenever they needed them.

About the use of new technologies, the students considered it easy. Among 3rd grade students, for example, 96,4% said they did not have much difficulty using the computer to carry out school work, nor because they were learning “by themselves” (96,4%).

Among older people, online classes even improved their ability to use the computer to do schoolwork (85,5% in 6th grade and 82,6% in 9th grade).

However, textbooks, activity notebooks and paper sheets continued to be widely used materials in distance learning.

The students also pointed out the synchronous classes given by the teacher through the computer, and, among the youngest, the television program #EstudoEmCasa was also present: two out of three students in the 3rd cycle started learning again through television classes (63,7 .XNUMX%).

For students, what they missed most was sports and other physical activities organized by the school: 96,5% of students in the 3rd year, 82,8% in the 6th year and 72,8% in the 9th grade year complained about it.

Diagnostic test results showed weaknesses at all levels of education, with more than half of students having less than two-thirds of the correct answers at the lowest level of the areas assessed, but the president of IAVE said expectations were even lower .

The Government has created a working group that will shortly present recommendations to combat the effects of the pandemic on student learning, announced the Secretary of State for Education.

“We cannot believe that after two years of pandemic everything is the same”, stressed João Costa.

The study “Diagnosis of Learning” released today by the Institute of Educational Assessment (IAVE) showed that most students failed to reach the expected levels in elementary knowledge in various areas.