Ana Margarida Picoito is a graduate of the University of Algarve 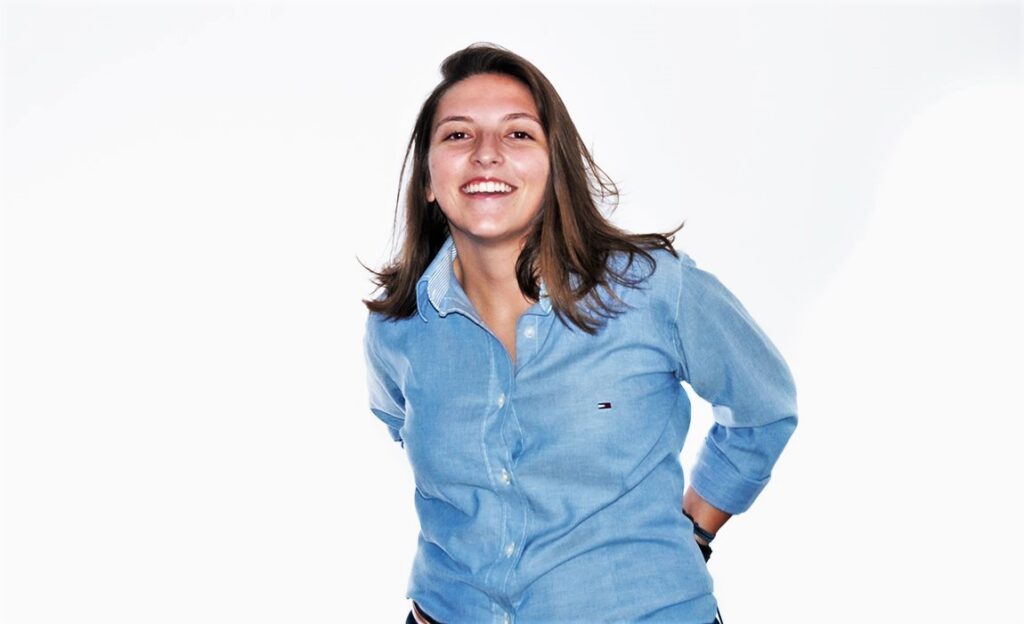 "I'm very proud. It's important to show that women are as good as men in this area». Ana Margarida Picoito is 23 years old, was born in Fuzeta and is the big winner of the award for best computer programmer by the national platform “Portuguese Women in Tech (PWiT)”, whose winners were announced this Wednesday, 23 September.

Ana Margarida Picoito won the award for best “Web Developer”. The Algarve, which has a degree in Computer Engineering from the University of Algarve, has been a junior programmer for a year at the German technology company Turbine Kreuzberg PT, in Faro.

Ao Sul Informação, the young informant did not hide that she received "the news with some surprise". "I confess that I did not expect to receive this award, because there were other very good candidates," he said.

This PWiT platform is intended to be a portrait of women who help to make a difference in the Portuguese technology industry and also a means of giving them visibility, as well as inspiring other women to embrace careers in the fields of science, technology, engineering and mathematics (STEM) .

And what are the difficulties that a woman faces in the computer world? At Turbine Kreuzberg, Ana Margarida Picoito says that “some does not feel obstacles”, but recognizes that “this is not always the case in this environment”.

In addition to the winner in the programming category, another Algarve, born in Faro, reached the final, in the category of “Community Leader”.

Raquel Ponte, 40 years old, public relations and specialist in communication and brand strategy, from Turbine Kreuzberg PT, is also a graduate of the University of Algarve, in Sociology, having actively collaborated in the stimulation of the Algarve's technological ecosystem, being, at the moment, ambassador of the Geek Girls Portugal, in Faro.

Launched in 2018, by Inês Santos Silva and Liliana Castro, the PWiT Awards aim to give visibility to Portuguese women and the work they develop in technology and in favor of the development of the national technological ecosystem.

Contributing to parity through the struggle for a progressive wage leveling between men and women, demystifying gender stereotypes and empowering women in leadership positions are other purposes of this platform.