Algarve and Epidemics – Past and Present

This crisis we are experiencing has had some very positive consequences: it has made the existence of the Algarve Biomedical Center evident to everyone 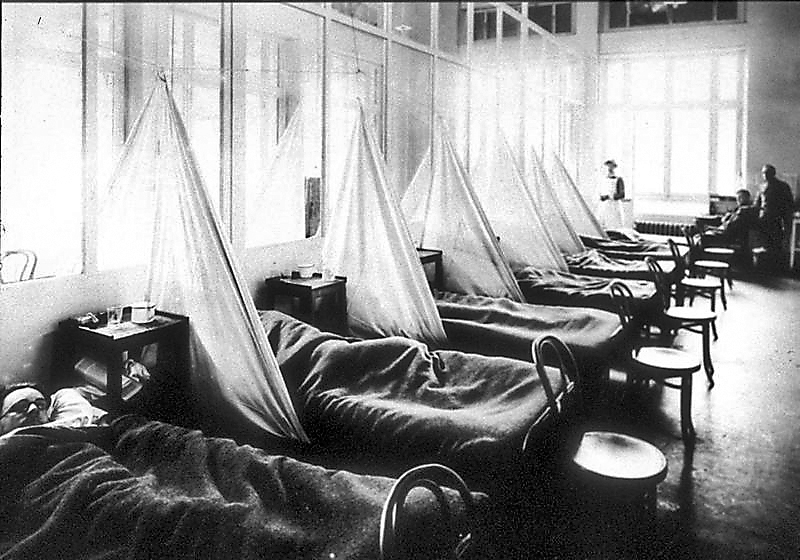 When we talk about epidemics in the Algarve, we are inevitably faced with the current pandemic – an epidemic that affects several continents – as well as the Pneumonic Flu of the beginning of the 1918th century. There are also reports of the Black Death in the Middle Ages in the Algarve, but, in this approach, we will review, as we have more information, the Pneumonic Flu of 19 and observe some analogies with that of Covid-XNUMX.

As a great piece of information for this text, we took Paulo Girão's book “A Pneumónica no Algarve”, where it is pointed out that the pneumonic flu in Portugal appeared with a violent and rapid character.

The virus entered from Spain, through the Alentejo streak. According to José Manuel Sobral, the reapers returning from Badajoz and Olivença were the ones who brought it, being the first case detected in Vila Viçosa in May 1918, of this epidemic that had its peak in October and November.

Ricardo Jorge, doctor “founder” of public health in Portugal, to combat the spread of this epidemic, wanted to end kissing and shaking hands and banned visits to hospitals and the holding of fairs and pilgrimages. What is now called social distance.

Among us, pneumonic deaths vary between data from official statistics that report 55780 deaths and the more than 130 estimated by demographer Mário Leston Bandeira.

Pneumonics was responsible for the death of the painter Amadeo de Souza-Cardoso or Jacinta, the shepherdess of Fátima who died at the Hospital de D. Estefânia. In the Algarve, note the death of the writer João Lúcio, born in Olhão.

We do not know the mortality rate of Pneumónica and the author of the study of this one in the Algarve chose not to include mortality rates as they can translate very unreliable values, due to the lack of credibility of many statistical data.

It tells us, however, that about 15% of the total deaths in the district of Faro, in 1918, were caused by flu. At the beginning of October 1918, the disease was spread in the central councils of the Algarve, namely in Loulé and S. Brás de Alportel, brought by workers coming by train from Vale do Sado and Coruche, areas at the time very affected by the disease. pandemic.

In the third week of October, the pneumonic flu had already affected all the Algarve's municipalities, showing, in a dispersed and diffuse trajectory, a great speed of contagion. 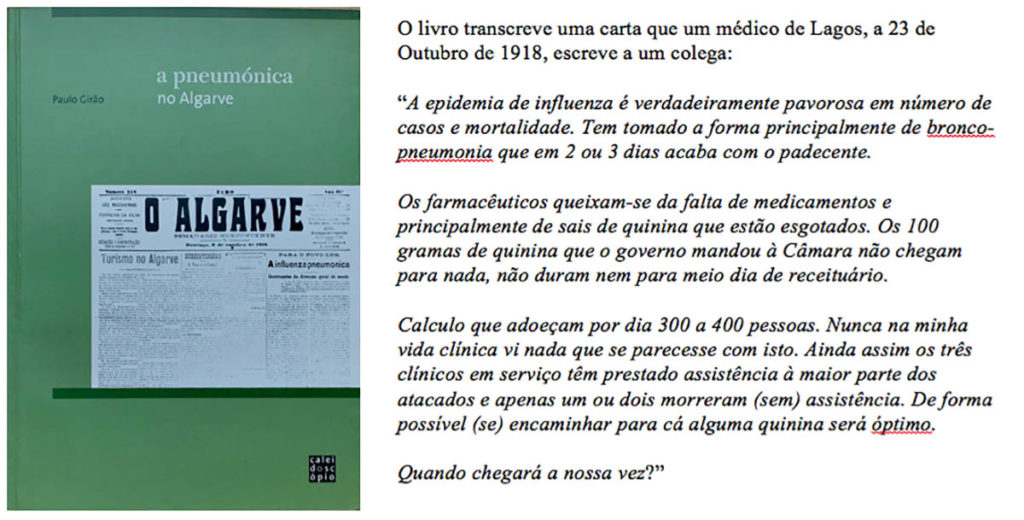 In the acquisition of medicines for the clinical and pharmaceutical services of the Algarve, it was found that few councils were privileged with the delivery of medicines or active ingredients for the preparation of medicines. Small quantities were sent, very small for the required needs.

Added to this is the delay in the transport of goods by rail, with many stations and stopping places closed or partially functioning.

In mid-October 1918, at the height of the critical phase, the General Directorate of Health recognized the scarcity of resources to help the Algarve population.

Also at the level of other media, the press reported that the Algarve did not yet have authorization for the Health Delegates of Faro have a vehicle or gasoline, as was the case in Lisbon or Évora.

The Algarve, at the beginning of the XNUMXth century, had a young population, who married early, illiterate, with high rates of infant mortality.

In demographic terms, there was a setback in the growth of the Algarve population, largely as a result of the 1918 flu mortality.

Checking a demographic stagnation in the middle age groups in the 1920 population census, together with a decrease in the youth population, it was concluded that young adults were the main victims of the epidemic, an uncommon factor in these situations.

The impact of the disease seems to have fundamentally affected the county seats, affecting both sexes in equal proportion.

The same author concludes that the pneumonic flu epidemic that hit the Algarve at the end of 1918 left its marks on a poor region with a lack of health and food resources. 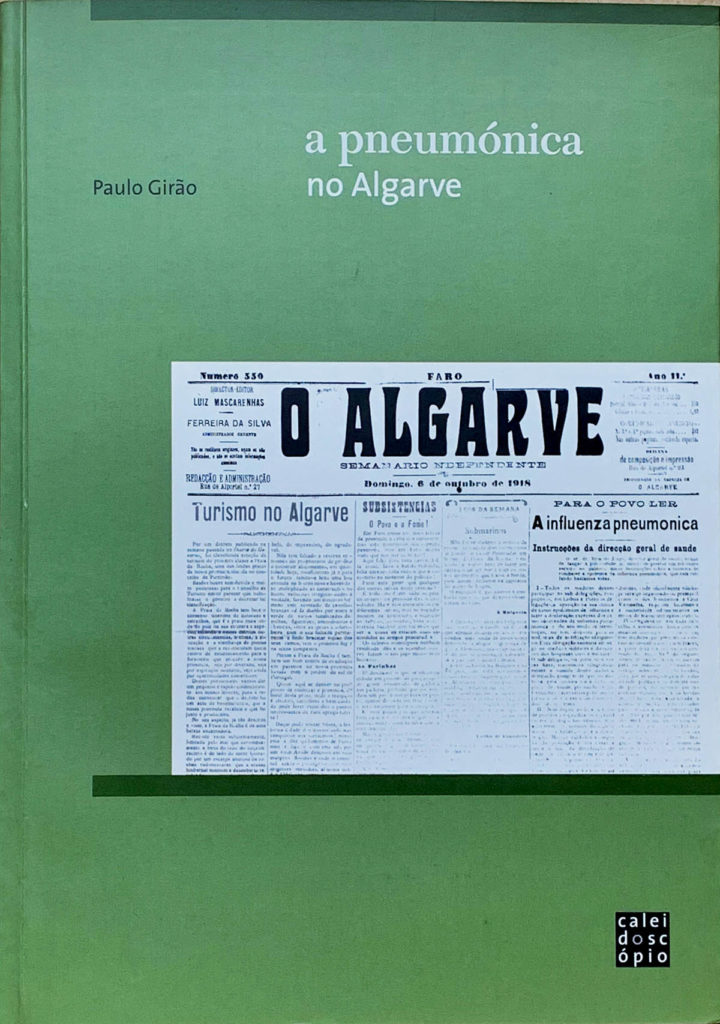 A worldwide phenomenon, the disease showed, in the Algarve, as happened in the rest of the country, old problems of medical and administrative organization that resulted in high mortality rates, reflecting a climate of terror and chaos in face of all the problems. caused by the epidemic.

In those October days, Albufeira, Alcoutim and Aljezur were the last Algarve councils to witness the emergence of pneumonic flu in the district.

From these elements referring to the pneumonics of 1918, we can see some that could serve as a confrontation with the current Covid-19 pandemic in the Algarve.

In particular, let us check some elements of epidemiology, medication and medical care, as well as the resonance in populations.

In broad outlines of the current pandemic, on January 23, the Chinese government isolated Wuhan and, the next day, quarantined another 15 cities. On January 31, it was already admitted by health officials in the West that the virus could be transmitted by asymptomatic people.

We were facing something very different from what was known until then. But even so, as Prof. Joana Vieira Flores, a young woman from our region who has been making a career in the United Kingdom, in many parts of the world, such as the UK or Portugal, the collective memory of recent crises such as SARS or Ebola – “so much for nothing” – gave note of a press frenzy that promised a pandemic that did not arrive. Perhaps this is one of the reasons why it took so long to realize that this time it would be different.

The pattern of appearance of the current Covid-19 pandemic in the Algarve shows that the three municipalities that, in the beginning, concentrated the most cases were Albufeira, Faro and Portimão, followed in later weeks by Loulé and Tavira as the places with the highest incidence.

There are no cases registered in Vila do Bispo, Aljezur or Alcoutim. We verified a pattern maintained in these two pandemics, with the extremes of the Algarve, Alcoutim and Aljezur, as the most protected places.

Also Albufeira has changed a lot over these 100 years, from a situation relatively free of contagion to the first, to this date, in the number of people affected with Covid-19.

The fatality rate (relation between the number of confirmed infected cases and the number of deaths) of Covid-19 in Portugal on this date, the morning of April 16, is 3,31%.

Interestingly, what we see in the Algarve is 3,05%, with extremes in the country of 0% in Alentejo and Madeira and 5,17% in the Center Region. France has the highest fatality rate in Europe, around 15% and, globally, it passed 6,3%.

Another peculiar element is the reference to chloroquine in 1918. As it turns out, in the field of health sciences, there is much to be done. We found that, so far, there is no specific drug that is recommended by the WHO to combat Covid-19.

With regard to Chloroquine (CQ) and hydroxychloroquine (HCQ), these are drugs commonly used in the treatment of malaria and autoimmune diseases. Mechanisms of action of CQ and HCQ in Covid-19 have been demonstrated vitro, revealing that HCQ, although less potent than CQ, is less toxic. In this pandemic around the world, HCQ is being used to combat covid-19 in selected patients. 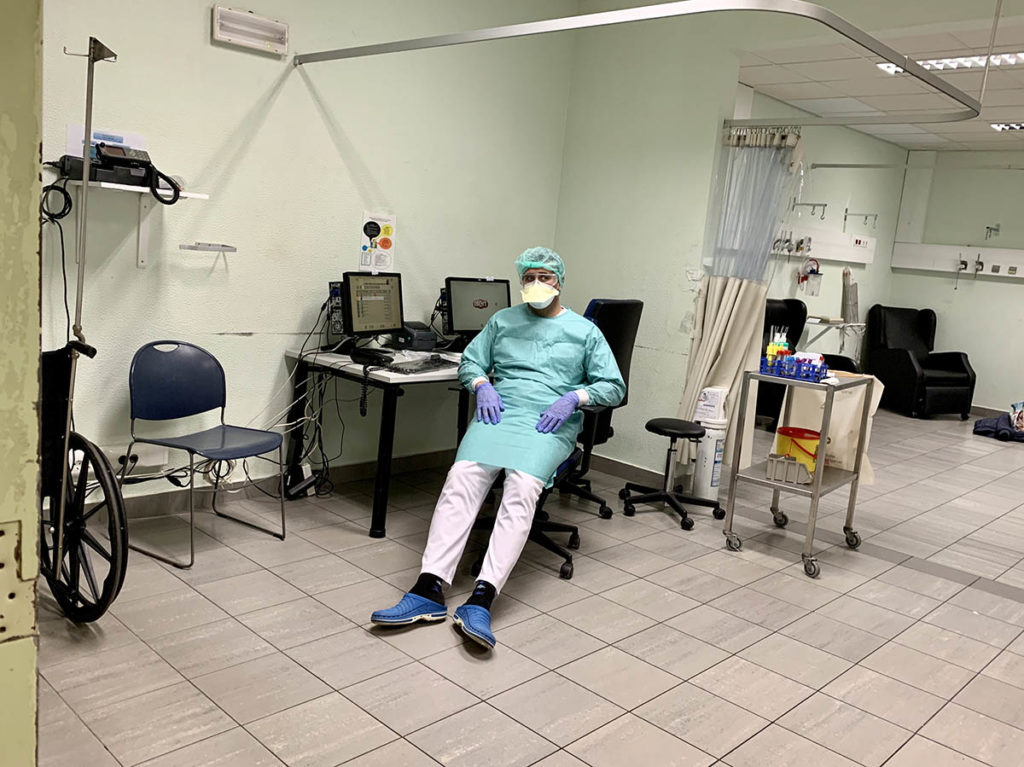 As far as we can see, to this date, the panorama of the Hospitals has changed a lot. There are other circuits, the rooms have been rearranged, the staff has other equipment.

We live between some tiredness and the vitality of the youth of the health teams, who, in fact, have other things on their minds, we are endowed with a nature in which facing the disease does not frighten or paralyze us. And in the Algarve, apparently, we are on a par with the rest of the country.

This crisis we are experiencing had some very positive consequences: it made the existence of the Algarve Biomedical Center (ABC). This time, when talking about the Algarve and the pandemic, what you hear and read is no longer the lack of professionals or something that didn't go well. On the contrary, it is because the Algarve is doing this or that.

There is a very recent reality that is making a total difference, this ABC that rolled up its sleeves, with competence and a spirit of solidarity, got its hands dirty, which in this case involved the reinforcement of resources at many levels.

With a remarkable mobilization of volunteers, with elements that went to the laboratories, to track down those who might be infected, etc., we have been watching, almost on a daily basis, in the media, the development of their initiatives.

As an example, it should be noted that the collection of samples and analyzes are being carried out by multidisciplinary teams from the Algarve Biomedical Center (ABC), being its initiative the verification of homes.

With the ABC, conditions were created to develop and produce swabs and means of preservation in the region and the analyzes that it currently makes to Covid-19 are around 300 per day.

It should be noted that, in these analyses, there is a complex technology that involves the extraction of viral RNA and its amplification by the quantitative PCR technique that it was necessary to assemble and with the qualification of the CBMR, Laboratory Center of the University of Algarve, which integrates ABC, this complex technique for Covid-19 was quickly made available to us.

It is still too early for very conclusive elements about this pandemic, but the end of this article on this positive note is evidence that stands out to all and should be a source of pride for the Algarve.