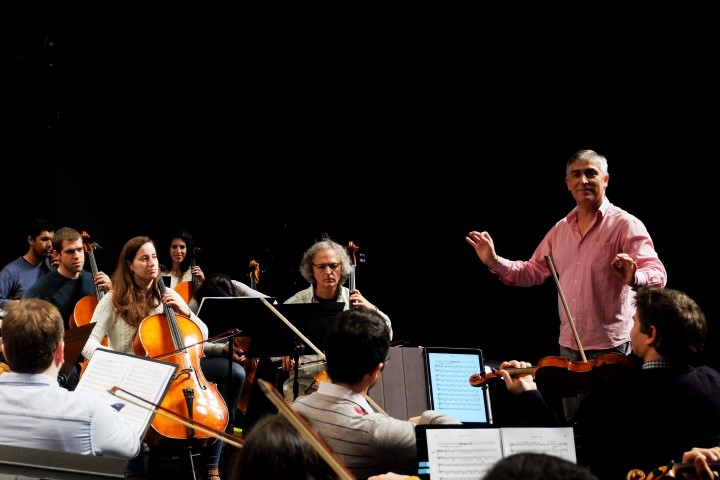 The Portuguese Philharmonic Orchestra will take the concert “From Blue to Blues” on the 2nd of January, from 21 pm, to the Municipal Auditorium of Olhão.

The first part of the concert, directed by conductor Osvaldo Ferreira, in the image of the best tradition of celebrating the New Year, will be filled with some of the most emblematic works of the XNUMXth century, by Johann Strauss I, Johann Strauss II and Josef Strauss.

The waltzes Danúbio Azul, Vozes da Primavera, Ondas do Danúbe, Valsa do Imperador and the Marcha Radetzky, among many other works that will be presented in a joyful, festive and celebratory atmosphere, are paradigmatic examples.

In the second part, the Portuguese Philharmonic Orchestra will interpret works by North American composers such as George Gershwin, Leonard Bernstein or Cole Porter.

His career includes more than 600 concerts, around 70 opera and ballet performances and the integral direction of Masses and Mozart's Requiem. The connection to contemporary music is one of the most important aspects of his work, highlighting the presentation of premieres and first auditions of works by some of the most important composers of today, such as K. Penderecki, L. Auerbach, Jean-Luc Ponty, B. Sassetti, H. Rosenschoon, or G. Ligeti, among many others.

Founded in May 2016 by Osvaldo Ferreira and Augusto Trindade, the Portuguese Philharmonic Orchestra quickly captured the attention of the Portuguese musical and artistic milieu, being already widely recognized, by the public and critics, as one of the best national symphony orchestras.

The high standard of demand printed since its inception, lead it to integrate a group of musicians of high technical and artistic level, such as artists awarded in national and international competitions, former members of the European Union Youth Orchestra and resident foreign musicians in Portugal.