Articles of clothing and beach towels were seized 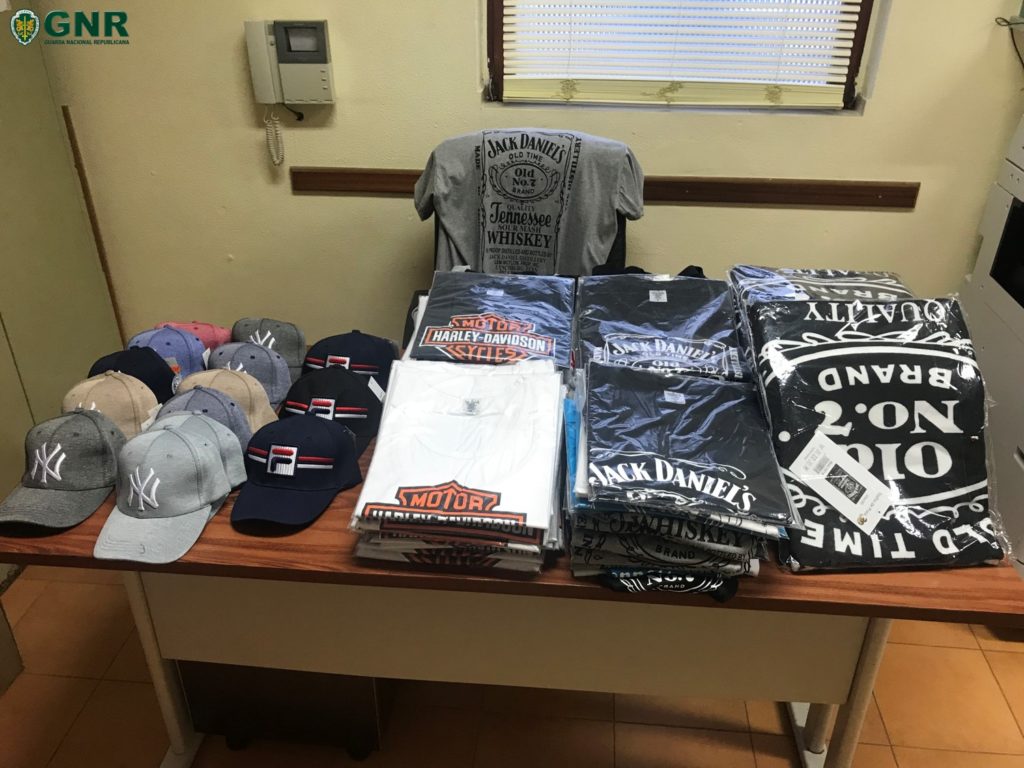 The GNR of Vila Real de Santo António seized counterfeit items and identified the 37-year-old man who was looking to sell them in Monte Gordo, on Tuesday.

As a result of the operation, 91 t-shirts, 14 caps and seven beach towels were produced.

The seller was identified, "and the facts were referred to the Judicial Court of Vila Real Santo António".