The night was once again startling in São Brás de Alportel, with the continuation of the fire, which doesn't work […] 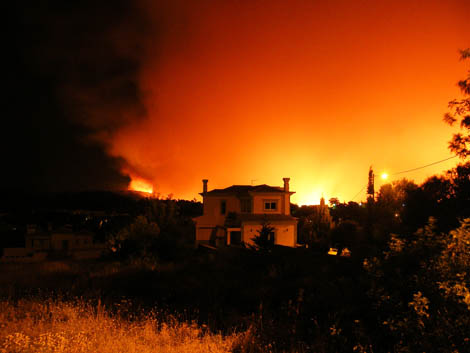 The night was once more startling in São Brás de Alportel, with the continuation of the fire, which did not let up. According to reports from residents, last night the areas of Tareja, Bico Alto and Almargens were evacuated, where many houses are located, while the fire continues on two fronts.

In Tavira, on social networks there are reports of residents reporting the evacuation of people in Várzea do Vinagre.

According to the website of the National Civil Protection Authority, during the night and early morning the fire, which is already considered the biggest ever in the municipality of São Brás, was fought by more than 1000 men and this morning the air was fired again, namely four heavy bomber helicopters, two medium amphibious bomber planes and two heavy bomber planes.

Yesterday, at the end of the afternoon, the operational command expected that the drop in temperature, wind intensity and the increase in humidity forecast for Friday night and dawn could be decisive in controlling the fires that are still active in the region. But hopes were not fulfilled.