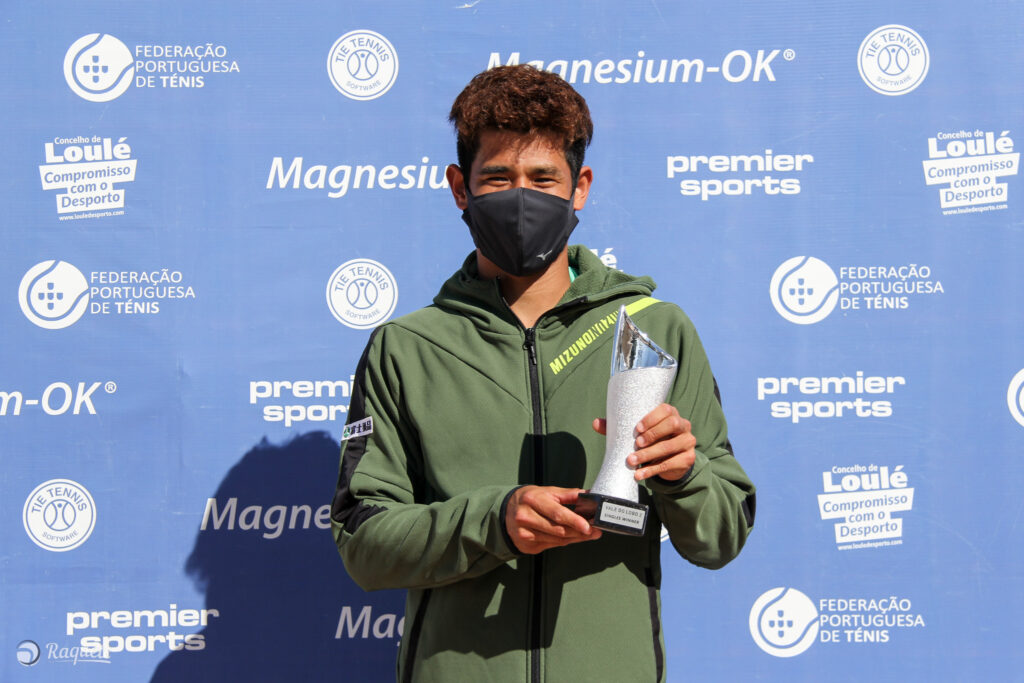 The Japanese Kaichi Uchida was crowned champion of the Vale do Lobo Open II Magnesium-K Active, this Sunday, after a 3h30 final against the German Sebastian Fanselow.

In a final based on balance, the 26-year-old Japanese tennis player won fewer points (124 against 128) and fewer service games (12 against 13) than the German, who about a year ago moved to Lisbon, but revealed himself more refined in the decisive moments and at the third match point he completed the turnaround.

A week after being called up for the first time to represent Japan and having contributed with a victory to the success in the tie against Pakistan, which guaranteed the country a spot in the 2022 Davis Cup Qualifiers, Uchida won at Vale do Lobo Tennis Academy, the seventh title of his career and second of the season, after starting the season winning in Monastir, Tunisia.

“It was a very, very balanced match, so I'm very happy to win. It was very hard both mentally and physically», revealed, between some shyness and natural fatigue, the hero of the week, who flew directly from Pakistan to reach Portugal and from here only leaves with the champion's trophy in his hands.

With the unprecedented experience with his country's shirt still fresh in the emotions, Uchida was moved when he recalled the previous week and the meaning it has for his career: «I still can't believe I played in the Davis Cup. In Japan we have a lot of top players, so there aren't many opportunities, but right now they're all competing in ATP tournaments, so it was possible and I'm really glad it happened».

As for Fanselow, who in the coming weeks will compete in Spain, he already speaks of our country with special affection: «I still can't call it my first home because I haven't been here for a long time, but a second home without a doubt it is. From Lisbon to here is a short trip and I've been here many times in recent months, so without a doubt it was special to play another final in Portugal», said the 29-year-old German who, in 2020, won the international tournaments in Faro and Setúbal.

About the final itself, the Lisbon Tennis Academy player, who was accompanied by coach Manuel Costa Matos, considered that it was a great and long match decided on a pair of balanced points. Of course it had its ups and downs, but it was well played and in the end it ended up capitalizing better on the important points. Being a rather slow surface the various breaks didn't matter as much as usual and we both felt some difficulties with the wind, but playing a final is always good. Right now I'm disappointed, but I'm sure that in a few hours I'll look at this week as a successful week».

With this final, a series of three consecutive international men's tournaments in the Algarve region came to an end. Pedro Frazão, director of the two events held at the Vale do Lobo Tennis Academy, made an «extremely positive assessment».

“This forced us to make an extra effort, both for us and for the Tennis and Padel Center in Faro and above all to the Portuguese Tennis Federation, but the balance is extremely positive. We managed to gather conditions here that at this time of year few places in the world can give players, so it was very good. It was a pity that this last week the Portuguese players did not enjoy it so well, but the final balance is extremely positive», he stressed

This was the second $25.000 international tournament organized this year by Premier Sports with the support of the Portuguese Tennis Federation.