Assembly of the Republic votes on the decree this Thursday 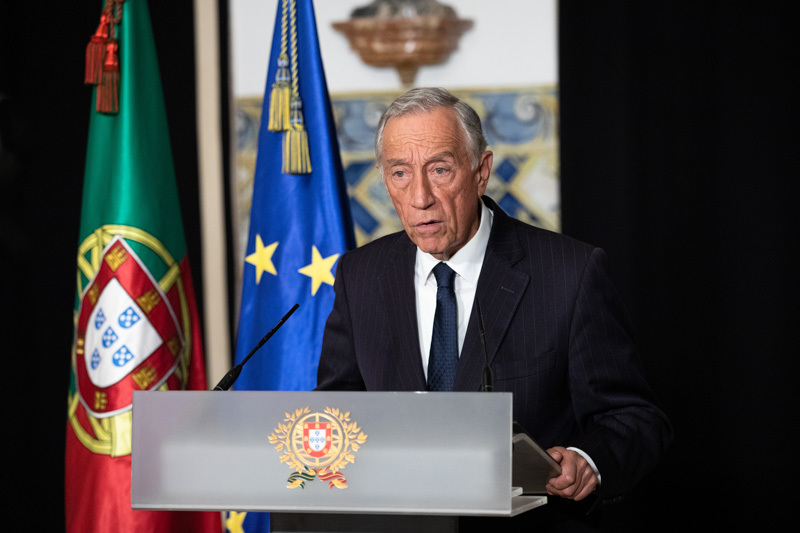 Photo: Presidency of the Republic

The President of the Republic, Marcelo Rebelo de Sousa, proposed today to the parliament the renewal of the state of emergency in Portugal for a new period of 15 to fifteen days to allow measures to contain Covid-19.

The head of state announced the sending of this proposal to parliament in a note posted on the Presidency of the Republic's website, after receiving a favorable opinion from the Government, which met in an extraordinary Council of Ministers for that purpose.

Among the changes introduced by Marcelo Rebelo de Sousa in the draft decree for the renewal of the state of emergency are the clarification of the restriction on the right of resistance and more measures in the area of ​​education, namely the imposition of distance classes.

"Any act of active or passive resistance exclusively directed at legitimate orders issued by the competent public authorities in execution of this state of emergency is prohibited, and its authors may incur, under the law, in a crime of disobedience", it reads in one of the articles of the diploma.

The previous decree did not include the expression “exclusively directed” nor did it mention that anyone who violates this norm could incur a crime of disobedience.

In a new paragraph, the President of the Republic adds the “freedom to learn and teach” to the list of rights that can be partially suspended during the period of a state of emergency.

Pursuant to this paragraph, the competent public authorities may decide "the prohibition or limitation of in-person classes, the imposition of distance learning by telematic means (using the Internet or television), the postponement or extension of teaching periods, the adjustment of assessment methods and the suspension or rescheduling of examination tests or the opening of the academic year, as well as any adjustments to the model for access to higher education».

To decree it, the President of the Republic must hear the Government and have authorization from the Assembly of the Republic, which will meet on Thursday to debate and vote on the extension of the state of emergency, through a resolution.