Three stages, where entertainment will be constant, with musical and theatrical performances, fado, humor, various sounds ranging from jazz […] 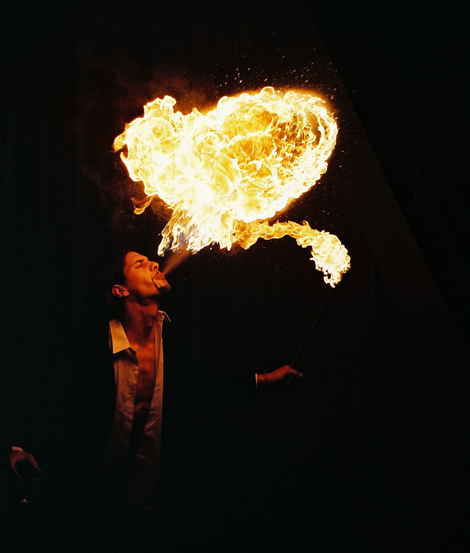 Three stages, where entertainment will be constant, with musical and theatrical performances, fado, humor, various sounds ranging from jazz to folklore, make up the programming of another Sardine Festival in Portimão, which this year takes place from 3 to 11 of August.

Three stages were created, with different concerts, several centers of animation that meet all tastes. A complete schedule for all ages and for all tastes.

A Festival that moves residents and tourists and seeks to innovate in its concept, reaching all age groups, this year in a new location, Park of Fairs and Exhibitions, from 18:30 to 01:00.

On Palco Fado & Petiscos, always from 19:45 to 22:00, there is silence because FADO will be sung by the voices of our people. Over the days, 12 fadistas already well known to the public will take the stage.

On the 3rd of August Helena Castro and Mário Saraiva, Argentina Freire and César Matoso on the 4th, Aurora Gonçalves and Márcio Gonçalves on the 5th, on the 6th and 7th, this stage will give way to the Open Mic LOL Fest – New talents , on the 8th Antonieta Guerreiro and César Matoso, on the 9th Helena de Castro and Mário Saraiva, on the 10th Emanuela Furtado and Márcio Gonçalves, and on the 11th Argentina Freire and Hélder Coelho, always accompanied by musicians on the Portuguese guitar – Ricardo Martins; in the Viola de Fado – Aníbal Vinhas; in Contrabass – António Correia.

On the Palco Sardinha, from 19:45 pm to 21:30 pm, there will be more than many varieties, every day different sounds will pass through here, from music, to humor, to folklore, to jazz. Names such as Pelivento and Desbundixie, Vol 2:, Showcomídia with Hugo Sousa and renowned Chef, Ben & the Pirates, Os Compotas will liven up the Festival's musical nights.

On the Main Stage, every day, at 22:30 pm, the music, humor and contagious rhythms come to the main stage: artists such as Os Azeitonas, on the 3rd, Mónica Ferraz on the 4th of August, Xico Barata on the 5th, and lots of humor on the 6th and 7th of August with Jorge Serafim, Hugo Sousa, Vasco Correia, Quim Roscas and Zeca Estacionâncio and on the 7th, Luís Filipe Borges, Luís Franco-Bastos, António Raminhos, Herman José, Boss AC on the 8th, LED ON – The Led Zeppelin Attitude Band on the 9th. On the 10th, Ar de Rock takes to the stage and special guests: Rui Pregal da Cunha (Heroes of the Sea), Luis Portugal (Jáfumega), Zé Manel Darko (ex Fingertips), Miguel Gameiro, and, to finish on the 11th, Pedro Abrunhosa will replace Calcinha Preta, who has just canceled the European tour due to health reasons for one of the elements.

Highlight for the daily presence of Chapitô artists, who start and close the Festival daily with personalized performances. 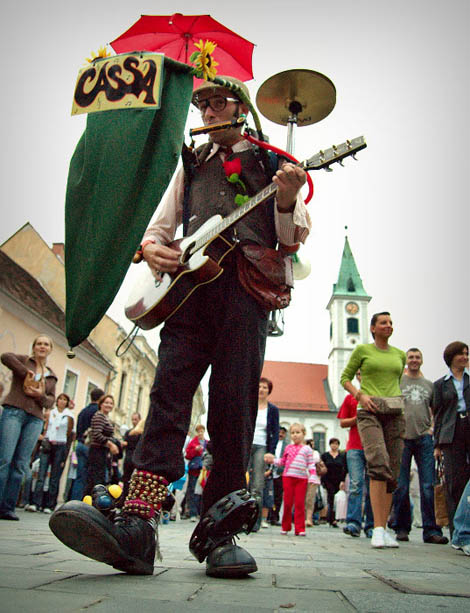 The “Há Sardinha no Cais” stop, every day at 18:45 pm, next to the Portimão Museum. The Chapitô artists will tell the story of the canning industry along the banks of the Arade River, where the siren whistle of the former Feu factory will be the starting point for this trip that no one will want to miss.

This theater company promises many surprises, also for the daily closing show “assaRdinhas no ar”, at 00:00. Light, sound and fantasy with amazing performances.

The new concept of the event involves daily street entertainment with Cigo Man, the man with the seven instruments, in a surprising and agile performance. Cigo “One Man Band”, an amazing Croatian street performer, with seven instruments… and who still sings.
On August 6th and 7th, the Sardinha stage will give place to the new Open Mic talents of the Lol fest, in which the best ones gain 10 minutes of fame.

Highlight also for the new talents of national humor – the winners of the Open Mic contest that ends on July 23 and will open the stage for the biggest stars. More information at http://www.facebook.com/lolfestportimao.

From July 21th, tickets cost 5 euros, with the Family Ticket costing 16 euros and the Festival Ticket at a unit price of 30 euros, with the new Three-Day Ticket ticket at 14 euros.

Tickets can be purchased at the Portimão Tourist Office (Rua 5 Outubro) and at the Urban Rehabilitation Shop (Av. S. João Deus). Admission is free for children up to 10 years old. Online sale: www.blueticket.pt.