Lagos City Council approved, at its meeting on 4 July, a vote of congratulation publicly congratulating […] 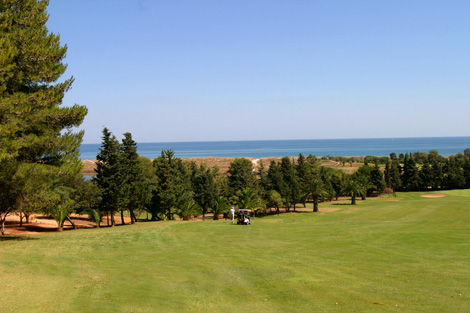 At its meeting on July 4th, the Lagos City Council approved a congratulatory vote publicly congratulating the company Onyria Palmares Beach & Golf Resort, for the victory in the Private Project Requalification Category of the Turismo de Portugal Awards.

The awards ceremony to the winners of the 7th edition of the Turismo de Portugal Awards took place last week and was presided over by the Secretary of State for Tourism, Cecília Meireles. These awards aim to recognize innovative and meritorious initiatives and good practices in tourism.

According to Turismo de Portugal, the attribution of this award to the company Onyria Palmares Beach & Golf Resort is assumed as “an inevitable choice for golfers since it is an emblematic golf course, prepared to host major tournaments in the sport”.

Asserting golf as a strategic product of tourism development in the municipality of Lagos, and considering that the greens located here provide experiences of great quality and scenic and environmental beauty, attracting golfers from all over the world, the executive decided to approve it at the last Meeting of Chamber, a Vote of Congratulation, in order to publicly congratulate the company for this feat.

The project “Museological Market for Slaves” project presented in competition by the Municipality of Lagos was accepted and selected in the competition, in the Events category. Also from Lagos, the traditional Nossa Senhora do Forte Festival, which takes place every year, at the Municipal Museum, was selected in this same category.

For more detailed information about this edition of the Turismo de Portugal Awards, interested parties can consult the website of this entity at www.turismodeportugal.pt.

The Palmares development, in Meia-Praia in Lagos, stands out in the western Algarve for its location and scenic and environmental setting, with privileged views of the Ria de Alvor, Meia-Praia, the bay and the city of Lagos.

It is also a project framed by the Meia-Praia Urbanization Plan, in addition to having been considered a PIN – Project of National Interest.

The Palmares development, which is gradually becoming a reality, is a set of high quality equipment that contributes to the qualification of the tourist offer in the Lagos destination.

Surrounded by the green of the fairways, the masterplan includes a 5-star hotel, a SPA, restaurants, meeting-rooms, a panoramic club-house, a driving range with two training points, lots for residential tourism and a beach-club.