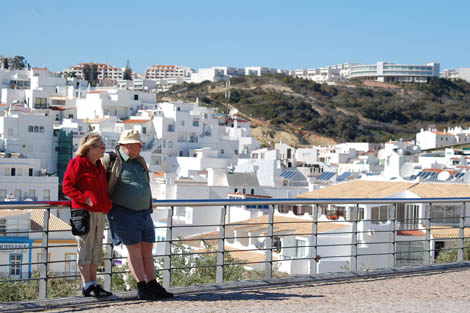 ANERT stresses, in a statement signed by its chairman of the board, the Algarvian António Pina, that «it was not called to issue an opinion or collaborate in the improvement of the draft bill, a document only received with the indication “for information” and in the name of “the spirit of transparency”, of “participation” and “dialogue”».

«If within these concepts we received the text merely “for information”, let us imagine what it would be like if so much peace and harmony did not hover in the skies…», adds, ironically, the ANERT statement.

The ANERT management has decided, for the time being, only on two aspects – the governance model and the situation of workers.

On the first point, ANERT warns of «the messed up that there will be bodies with ill-defined competences and that will become contaminated. By maintaining the model “Non-executive Board + Executive Director + Marketing Council”, there will be confusion between the fields of action of each of these bodies of the Regional Tourism Entities».

The association also emphasizes that, according to the draft presented by Secretary of State Cecília Meireles, «the role of the Municipalities is a kind of make-believe game: they are given the presidency of a non-executive body, like Queen of England; they are asked for money, threatening the punishment of not having access to public financing programs endowed with exclusively national funds; and the possibility of each of their Presidents or their representatives being present at the only (how spared!) ordinary annual general meeting is restricted to them”.

In addition, “the Presidents of the Intermunicipal Communities or their representatives will travel to the aforementioned meeting with the votes of all the other mayors in their pockets. What an exemplary model of representative and participatory democracy! To apply this model in the Assembly of the Republic, 5 or 6 deputies and nothing else would be enough”, criticizes ANERT.

Regarding personnel costs, «the new financing model requires that “in the first year (…) they cannot be higher than 50% of the average of the last three, and must reduce an additional 5% in each year of the following three”. So, is it a question of a reduction of staff of 50% in the first year, plus 15% in the following three years? And all of us thinking that the Government wanted to promote employment policies!”

«To deceive public opinion, the idea of ​​a saving of 2,5 million euros in the area of ​​personnel at the expense of the cut in the salaries of directors is intended, when the truth is different: the bulk of the cuts will be made. it is due to readjustments through the mobility regime - read hidden redundancies", highlights the statement from ANERT's management.

«Naturally accepting the reduction of directors with remuneration, remaining a maximum of two per Regional Tourism Entity, all the other proposed cut – and that ANERT repudiates – is in the dismissal of operational staff. These will be the innocents beheaded in this proposal that took nine months to be concocted in the secrecy of the wise and on the back of the Regional Tourism Entities», adds the association.

But ANERT also criticizes the measures proposed for the Tourism Offices managed by the Regional Entities, clarifying that “these structures are not local craft shops that, in order to survive, have to make a profit. The Tourism Offices are spaces for tourist information – where the “Public Service” component should be valued – and the information is to be provided and not sold».

But ANERT even agrees with some aspects of the Draft Law. And that is why it claims to subscribe to «the idea that a single Entity can and should contain in itself the internal and external promotion of destinations included in the respective regional tourism area, agrees with the reduction in the number of paid directors, as well as the reinforcement of cooperation with Turismo de Portugal and with the Secretary of State for Tourism in concrete terms, and not as stratospheric intentions».

Finally, ANERT calls on the Government to «retake the dialogue posture of 2011, interrupted throughout these long and silent months, and to meet with this association in the serenity of the offices, removing from the public square the discussion of the new model of Regional Tourism Entities».

«For our part, we will be willing to overcome the slights that have disgraced us both as Entities and as an Association. Tourism, entrepreneurs and workers in the sector, so affected by unemployment, deserve this conciliatory space on our part. Let's wait, because for the worse this is enough”, concludes the statement from ANERT's management.