The presentation will be given by professor João Guerreiro (former rector of the University of Algarve and current president of the Higher Education Assessment and Accreditation Agency) and by Maria da Graça Ventura, director of the journal 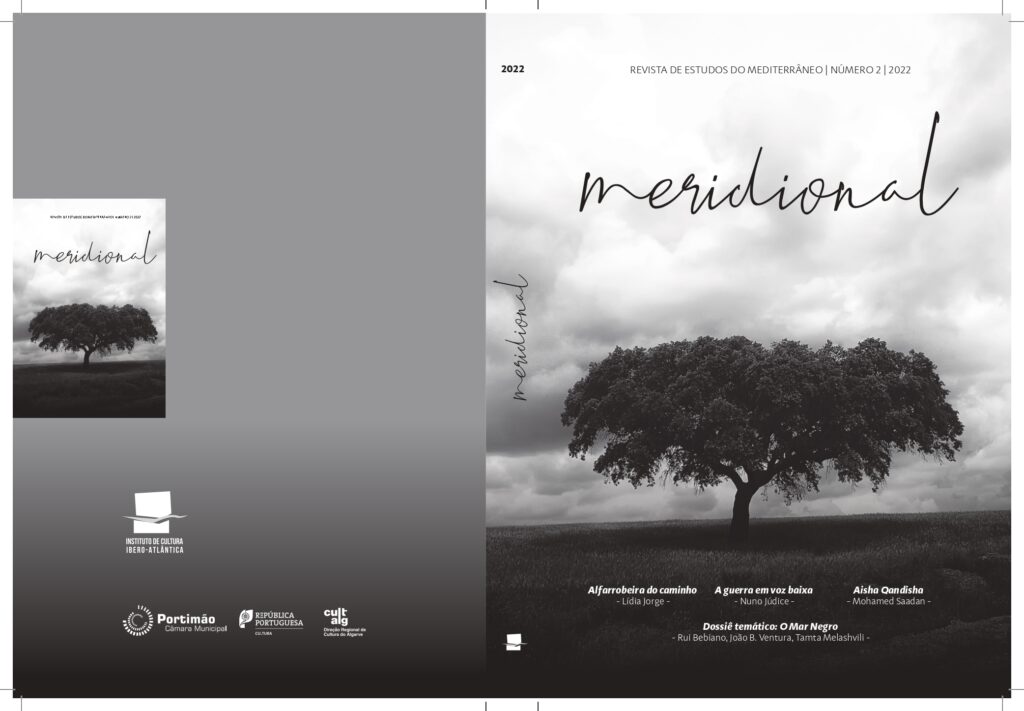 20 writers and historians, with names such as Lídia Jorge, Nuno Júdice, Luís Castro Mendes, João Romero Chagas Aleixo or Andreia Fidalgo, outline «the way to go in the 300 pages» of number 2 of Meridional, a journal of Mediterranean Studies, which will be launched on the 12th of December, from 18 pm, at the Municipal Library of Portimão.

The presentation will be made by professor João Guerreiro (former rector of the University of Algarve and current president of the Higher Education Assessment and Accreditation Agency) and by Maria da Graça Ventura, director of the magazine.

The cover features a photograph of a holm oak tree, by Elsa Martins.

The magazine opens… «another tree, inaugural, Lídia Jorge’s “locust tree along the way” extending its branches to the world», says the Ibero-Atlantic Culture Institute (ICIA) which edits the publication.

«A southern world that, in this issue’s thematic dossier, we cross to the Black Sea, with its history “in motion” (Rui Bebiano), its literature (“Odessa, open city”, João Ventura’s geographical and literary incursion through of a city threatened by war) and the traumas of a Soviet past that still mark Georgians (according to the testimony of writer and activist Tamta Melashvili). “The war in a low voice”, in the words of the poet Nuno Júdice », he adds.

The magazine also features texts by António Cabrita (from Mozambique), a distant south where the echo of sirens from Kherson arrives that «anticipate bombings». It is still today's massacred Ukraine that Maria Cantinho suggests in contrast to the «Mediterranean that was Greek light and Ulysses' dream».

The Algarve and Andalusia are also present both in the study by João Romero Chagas Aleixo and in the review by Jorge Semedo Matos of the book “Por este mar adentro”.

Fishing, an ancestral activity practiced in the Mediterranean with different arts and varied descriptions, is addressed by Carlos Osório, who evokes the “copejada do tuna”, and by the review by Andreia Fidalgo in the study on “Fishing in the Medieval Algarve”.

The South is also the Alentejo and the wandering of the shepherds who follow their sheep through the green plains that Joana Portela talks about.

This issue also talks about Morocco.

«The other side bordering the Algarve, the former Algarve d'Além, recovers the marks of the Portuguese presence in the Modern Period (study by Frederico Mendes Paula) and of the collective imagination represented by the legend of Aisha Qandisha, told by Mohamed Saadan».

The Moroccan writer and artist Mahi Binebine shares, in the magazine, his conversation with the architect José Alberto Alegria, Honorary Consul of the Kingdom of Morocco in the Algarve, since 2001.

The Algerian piracy that devastated the coast of the Algarve takes us a little further east, when António Jorge Afonso recounts the adventures of Abraão Cardozo from Lacobrigen.

«The South always depends on the point of view of the observer and, therefore, Manuel Jorge Marmelo always feels southern, whether he is in Castelo de Vide or at the South Pole, and reminds us that for Moroccans, the Algarve is to the north. Just as Maria Adelina Amorim places death, the current slaughter, in the north (for Turks, Ukraine is to the north, as well as for inhabitants of the southern hemisphere). Dora Gago went from Macau, to the south, to Florence, where childhood memories erupted to recall the fragrances of medicinal herbs collected in the fields of São Brás de Alportel with her great-grandmother», says the ICIA.

«Nuno Júdice celebrates 50 years of a brilliant literary career, internationally recognized and awarded in both hemispheres. As Luís Castro Mendes, another poet from the Algarve, who presents here a review of the book 50 years of poetry, personal anthology, writes, Júdice plays with words and, without committing to any current of writing, is one of the authors who stay and found», he concludes. .