In fact, this perfect storm is capable of generating a financial crisis 10 times worse than in 2008 in the USA. 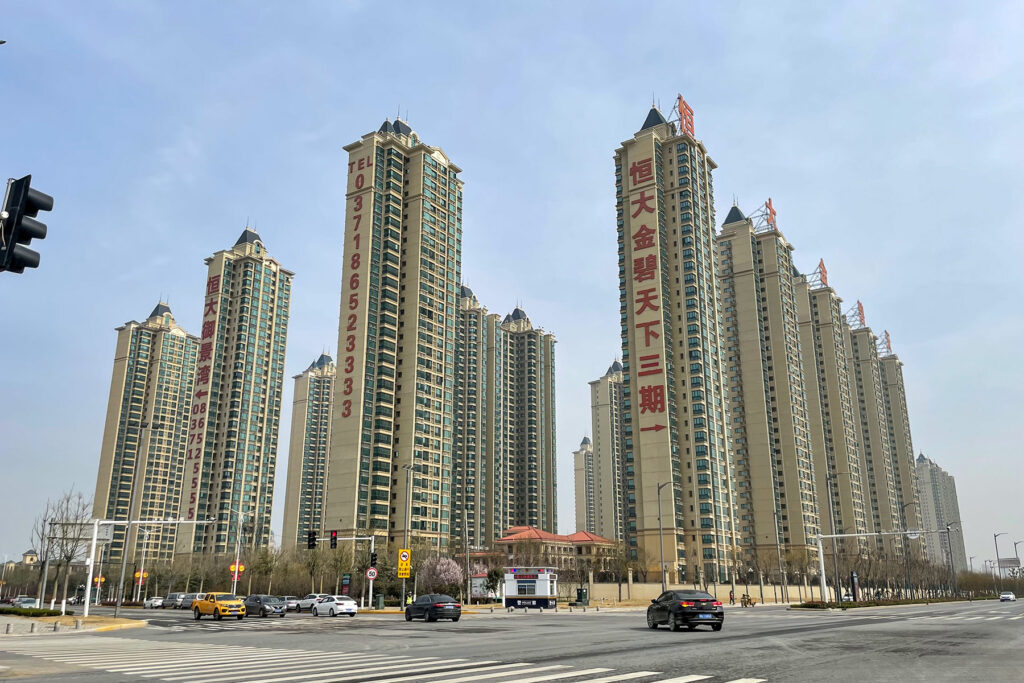 Owning a home, be it a townhouse or apartment, is regarded as the pinnacle of existence for many families. Own your home, and welcome, nurture and grow your family in it.

In China, this objective is similarly important, but even more so during the last few decades, when families have placed huge amounts of trust in the real estate market, when owning property has assumed high importance in the cultural environment.

Families invested in real estate investments in order to plan for retirement, just as men with properties are more attractive for marriage purposes, with the amount of properties that each one “owns” a proportional reflection of the social “status” of each individual.

So the demand for homes was so dramatic, properties began to be sold even before construction began. However, even after construction was completed, the apartments would end up being empty, that is, they had an owner, but there was no one physically living there.

In 2020, according to Globaltimes.cn, in an article by Dong Dengxin published on April 29 of the same year, it is found that about 70% of the wealth of Chinese families was concentrated in real estate investments.

The construction company “Evergrande” took advantage of the strong wind that the real estate sector enjoyed by becoming one of the largest companies in the sector in China. In fact, at one point in 2018, it climbed to the top of the podium of Asian construction companies.

It turns out that companies such as “Evergrande” received the money from families that had paid them to build their houses, largely from home loans, and used these funds to leverage the purchase of more land to build more houses, in instead of building the houses that money was actually intended for.

As if that were not enough, “Evergrande” reached the limit of including these properties, which were not yet built, on its balance sheet as a way of obtaining more bank loans in order to further leverage its position.

With such a massively leveraged activity, all it takes is a small slip and everything falls like a deck of cards. And that's what happened when one of the subsidiary companies of "Evergrande" failed to pay off one of the loans, which created chaos in the markets, with the eyes of the world being fixed on this giant that was thus under the microscope.

This scenario incubated the perfect storm. From suppliers to owners, everyone turned to “Evergrande” to demand explanations, on the one hand to demand money from unpaid invoices and, on the owners' side, to demand the delivery of houses that had been paid for, but that the company had never paid. ended up building. Chaos has set in. The Chinese Communist Party intervened to prevent a biblical catastrophe, but it moves very slowly. Homes sold in 2018 are not yet built.

The boycott of payments for housing credit installments began and spread to the entire country at a dizzying pace. According to an ABC NEWS Australia article by Samuel Yang on July 27, 2022, an estimated US$220 billion of bad debt relates to unfinished construction projects, which represents about 4% of the total. housing credit in China, with the real estate sector accounting for around 30% of the country's GDP.

In fact, people willingly failed to pay their loans and took to the streets in protest to get attention and in the expectation that the Chinese government would intervene to try to solve the problem.

In fact, this perfect storm is capable of generating a financial crisis 10 times worse than in 2008 in the USA. However, unlike in 2008, the loans have a mortgage on a property that is not built. The bank cannot take possession of the house in the event that the credit installments are not honored.

If this snowball continues to progress, it could even lead to some banks failing. And this is already beginning to be felt. In an article by HUIZHONG WU Associated Press, published in ABC NEWS on July 12, 2022, it reports that customers of 6 banks in the Chinese province of Henan were prevented from withdrawing cash in an attempt to avoid a bank run by the population, in the middle of a climate of uncertainty.

The future will tell if the Chinese government will somehow manage to control this crisis so as not to put the country into recession, with the certainty, however, that the ingredients of a harmful crisis are all there. And we got to know them well in 2008.