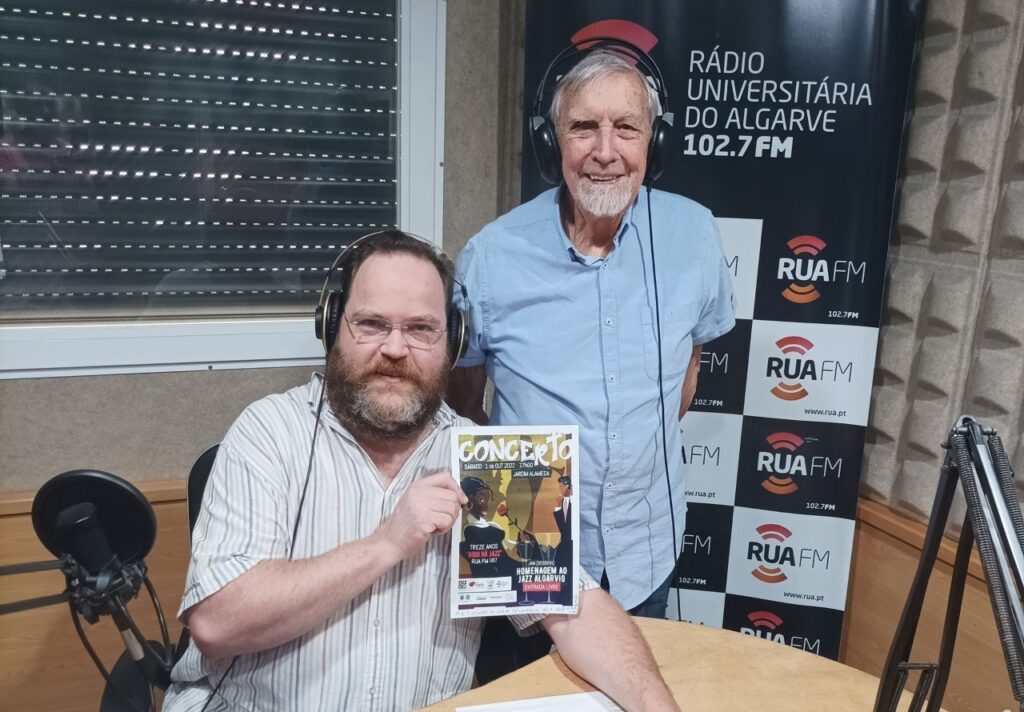 The radio program “Aqui há Jazz”, from RUA FM – Rádio Universitária do Algarve, promoted by Fausto Vale Roxo and Todd Sheldrick, will make a jump to Jardim da Alameda, today, Saturday, at 17:00, for a concert to commemorate the 13 years of this heading.

The musicians Zé Eduardo, João Melro and Paulo Silva (Strak) are the coordinators of the musical production of the concert, which is «a tribute to the jazz musicians of the Algarve», and will take the stage, along with other artists.

This concert is included in the 20th anniversary program of Rua FM, which takes place on the 28th of November, but which started yesterday, Friday, with the screening of two films. in partnership with Cineclube de Faro, within the scope of the cycle “Here there is Jazz”.

Yesterday, the film “Blow Up”, by director Michelangelo Antonioni and with music by Herbie Handkock, as well as the feature film “The Firm” by Sydney Pollack and music by Dave Grusin, was shown at the headquarters of the cineclub, which can be seen again , tomorrow, at 21:30, in the same place.