Aleksandr Grigorev, from Atum General/Tavira/AP Maria Nova Hotel was the best “Algarvean” representative, as he crossed the finish line in eighth place 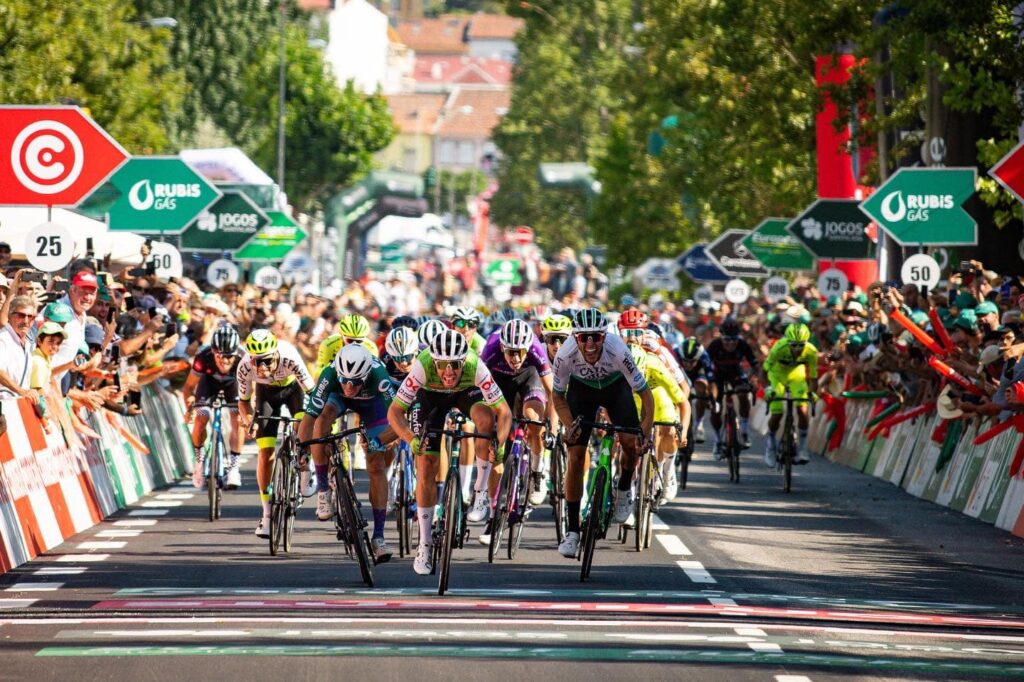 João Matias (Tavfer – Mortágua – Ovos Matinados) won, this Monday, the sprint, the fourth stage of the Volta a Portugal by bicycle, which linked Guarda to Viseu. Among the top ten in the general classification, which is led by Mauricio Moreira, from Glassdrive-Q8-Anicolor, and which includes four cyclists from the Algarve teams, there were no changes.

Aleksandr Grigorev, from Atum General/Tavira/AP Maria Nova Hotel was the best representative from the “Algarve”, as he crossed the finish line in eighth place, 1 second behind the winner.

Overall, it's all the same. Mauricio Moreira continues with the Yellow Jersey, with a 30 second advantage over teammate Frederico Figueiredo and 31 seconds over Luís Fernandes, from Rádio Popular-Paredes-Boavista.

In seventh and eighth place are two more cyclists from Tavira: Delio Fernandes, at 2m33 and Emanuel Duarte at 3m32 seconds.

In tenth position is the first cyclist of Aviludo-Louletano-Loulé Concelho: Jesus Del Pino, already at 5m03s.

This Tuesday, the platoon rests.