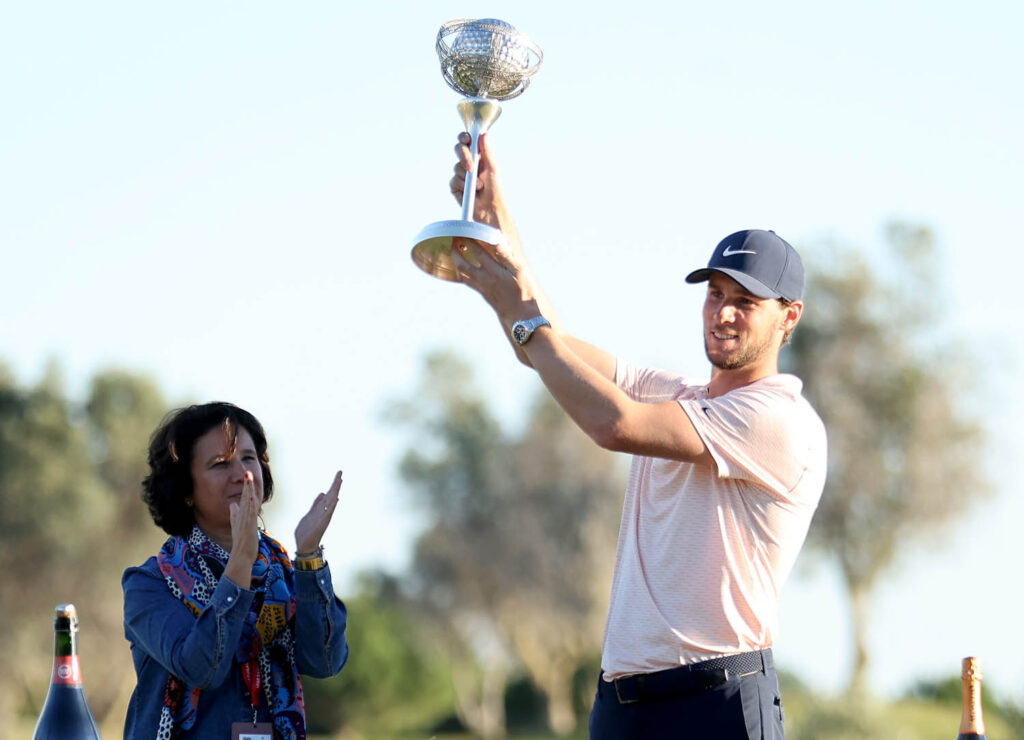 The Portugal Masters is once again part of the official 2022 DP World Tour golf calendar, having already been confirmed for the 27th to the 30th of October, with the Pro-Am on the 26th, at Dom Pedro Victoria Golf Course, in Vilamoura.

It will be the 16th consecutive edition of the most important Portuguese golf tournament, the only one to be part of the so-called first division of European professional golf. Created in 2007, it was played every year at the Dom Pedro Victoria Golf Course, designed by the late Arnold Palmer.

The €1,75 million tournament in prize money will culminate in the 'Iberian Swing' of the season finals, after three straight weeks in Spain.

In the history of the 15 previous editions of the race, only the Englishman Tom Lewis (2011 and 2018) was able to win it on two occasions. And they were crowned champions of eight different countries.

Thomas Pieters won with a total of 19 strokes under Par and a 2-stroke lead over three players at Dom Pedro Victoria Golf Course.

The former European Ryder Cup player ended his performance with a last round of 68 shots, to beat Frenchman Matthieu Pavon, and Danes Lucas Bjerregaard – the winner of the competition in 2017 – and Nicolai Højgaard, the latter, author of a sensational lap of 64.

It was the fifth title of Pieters' career on the DP World Tour and, two months later, the 30-year-old Belgian added a sixth to him, in the Abu Dhabi HSBC Championship, already in January of this year, his first trophy in the Rolex Series category.

Ben Cowen, the 'Chief Tournament Business Officer' on the DP World Tour, stated: “The Dom Pedro Victoria Golf Course has provided immense sporting drama and excitement over the years. We are therefore delighted to return for the 16th consecutive year to this field as the stage for the Portugal Masters».

«We value the long-standing support of Turismo de Portugal for this tournament, which brings Portugal to our audience on a global scale», added the European golf manager.

Stefano Saviotti, the 'Chairman' of Dom Pedro Hotels & Golf Collection, said: «The Portugal Masters is extremely important as a showcase for golf in the Algarve and we are delighted to welcome the best golfers in the world to the Dom Pedro Victoria Course in Vilamoura» .

«This has been a great year for Dom Pedro Hotels & Golf Collection and being, once again, the hosts of the DP World Tour on our golf course and in our hotels, allows us to reinforce Vilamoura's reputation as one of the most sought after golf courses in Europe. We look forward to hosting such a remarkable event and crowning the 2022 champion," he concluded.

Luís Araújo, the President of Turismo de Portugal, considered: «Portugal has consolidated its international prestige as a 'premium' golf destination, which, in large part, is due to the quality and diversity of courses across the country» .

«The numerous awards and distinctions that we have been awarded only confirm this fact and the trust that the DP World Tour places in the country is especially important. In each of the last 15 years, Portugal has hosted one of the tournaments on the Tour's calendar, the Portugal Masters», underlined Luís Araújo.

«Hosting again this recognized international event, confirms that Portugal not only has the perfect conditions for any golfer to play and train, but also the capacity and infrastructure to host events of the highest international demand», declared the president of Turismo de Portugal.

«The 16th edition of the Portugal Masters proves the ongoing commitment of all partners in the tournament, Turismo de Portugal, as well as regional entities and companies in the Algarve. We all share the same vision of an excellent product », he concluded.

Dom Pedro Victoria is one of the five 'premium' golf courses included in the Dom Pedro Hotels & Golf Collection.

International experts participate in a design conference in Faro