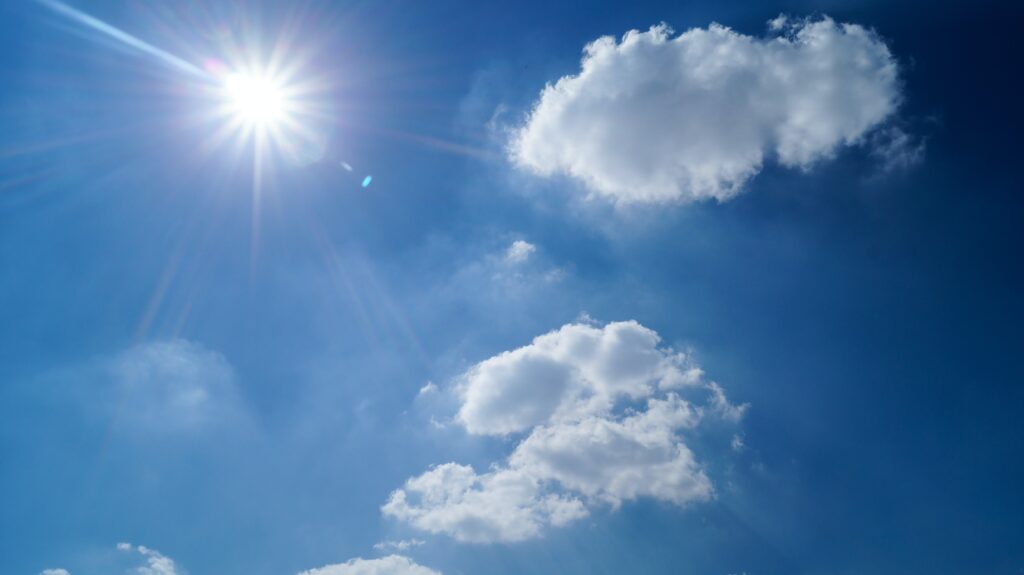 Higher temperatures than normal for the season, especially in the Center and North of Portugal, will mark the next few days in mainland Portugal, according to the forecast by the Portuguese Institute of the Sea and the Atmosphere (IPMA). A rise that could even give way to a heat wave, the third to occur since June.

The Algarve will be, despite everything, one of the least hot regions of the country, although the temperature should reach 38 and 39ºC in Alcoutim, between next Friday, the 19th, and Monday, the 22nd of August.

But even that is not surprising since Alcoutim, in the interior, although on the banks of the Guadiana River, is usually the hottest place in the entire Algarve region.

Not far behind will be Silves (which between Friday and Sunday will have a maximum of 36ºC), Castro Marim, Loulé and São Brás, all reaching 36ºC on Sunday.

On the coast of the Western Algarve, as is also usual, temperatures should be a little lower, with a maximum expected on Sunday of 34ºC in Lagoa, 33ºC in Portimão, 29ºC in Lagos and 25ºC in Sagres.

In the district of Beja, the highest temperatures will be reached in Mértola (39ºC on Saturday), Ferreira do Alentejo (38ºC) and Barrancos (37ºC), The district capital will have a maximum temperature between 37ºC.

In addition to the high daytime temperatures, the night minimum should not be lower than 20ºC, giving rise to tropical nights.

But the next few days will still be marked by low air humidity and increased wind. Thus, according to information provided by the Portuguese Institute for the Sea and the Atmosphere (IPMA), hot and dry weather conditions are expected.

Humidity will be below 30%, with a tendency to decrease from tomorrow, August 18th, below 20%, with a weak recovery at night.

On the other hand, the prevailing wind will be from the north, up to 45 km/h, with gusts up to 60/65 km/h. With all this, the fire risk index will be at the Maximum level in the Algarve.

The Municipal Emergency and Civil Protection Center of Portimão, in a note to the population, stresses that these weather conditions are “favorable conditions for the possible occurrence and spread of rural fires, with difficulty in suppressing them”, and may also affect “more vulnerable population groups” , such as the elderly, children and people with chronic diseases, namely respiratory ones.

This Wednesday, after a meeting with the ministers of Internal Administration and Agriculture, the president of the Portuguese Institute of the Sea and the Atmosphere (IPMA) warned that the country will experience a third heat wave from Saturday, 20.

According to Miguel Miranda, quoted by Público, the danger exists “particularly here on the continent”. “We went through a heat wave of great intensity that reached temperatures that were almost around 50 degrees [Celsius]. We went through a second heat wave with less intensity but, even so, with a lot of impact. And we're going to have a third heat wave probably in a few days."

The IPMA president stressed that «the problem of rural fire danger in Portugal is still in the middle of the campaign. It's half of August, September and we don't know how long of October. We have a natural system that is extremely fragile and we still have a month and a half to go, at least, to be able to overcome it».

“Forecasts are not positive from the point of view of precipitation”, he added, saying that probably “September will be a little drier and a little warmer”, as in previous months.

Taking into account the forecasts, the Minister of Internal Administration does not exclude a return to the alert or contingency situation. Visiting IPMA this morning,
José Luís Carneiro said that the scenario will continue to be evaluated, taking into account the increased risk of forest fires.