There are reports that the quake was felt in Faro, Loulé and Monchique 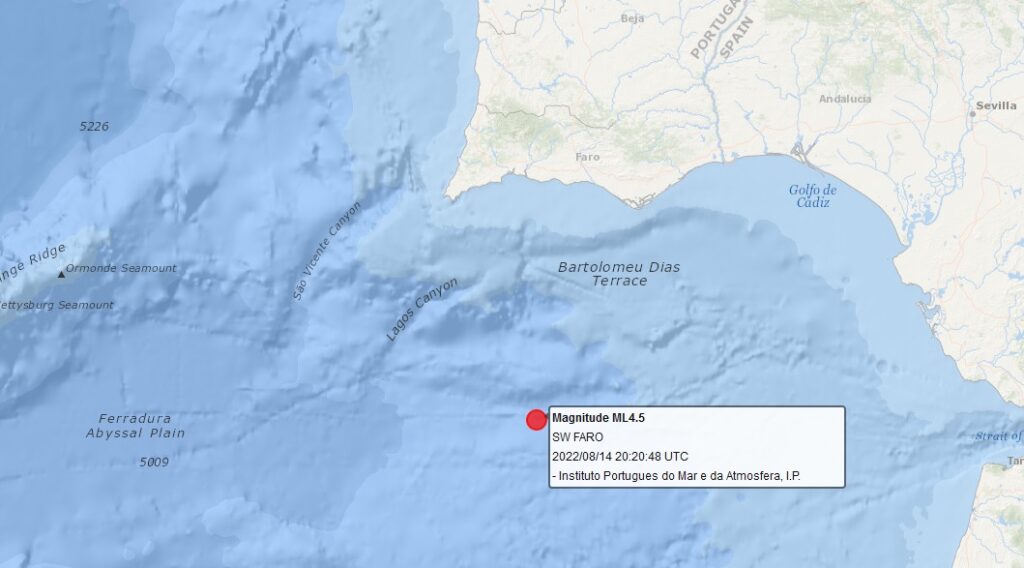 An earthquake measuring 4.5 on the Richter scale with an epicenter about 120 km south-southwest of Faro, was recorded by the mainland seismic network stations this Sunday, August 14, at 21:20 pm.

The Portuguese Institute of the Sea and the Atmosphere, in the statement it issued on the quake, stated that “the earthquake, according to the information available so far, did not cause personal or material damage and was felt with maximum intensity III/IV (scale modified Mercalli) in the municipalities of Faro and Lagoa».

Reports obtained by Sul Informação  realize that the earthquake was felt, at least, in the municipalities of Faro, Loulé and Monchique.

If you felt the earthquake, you can help IPMA, which wants to map the extent of the effects of the earthquakes, by filling out a small questionnaire, available here.