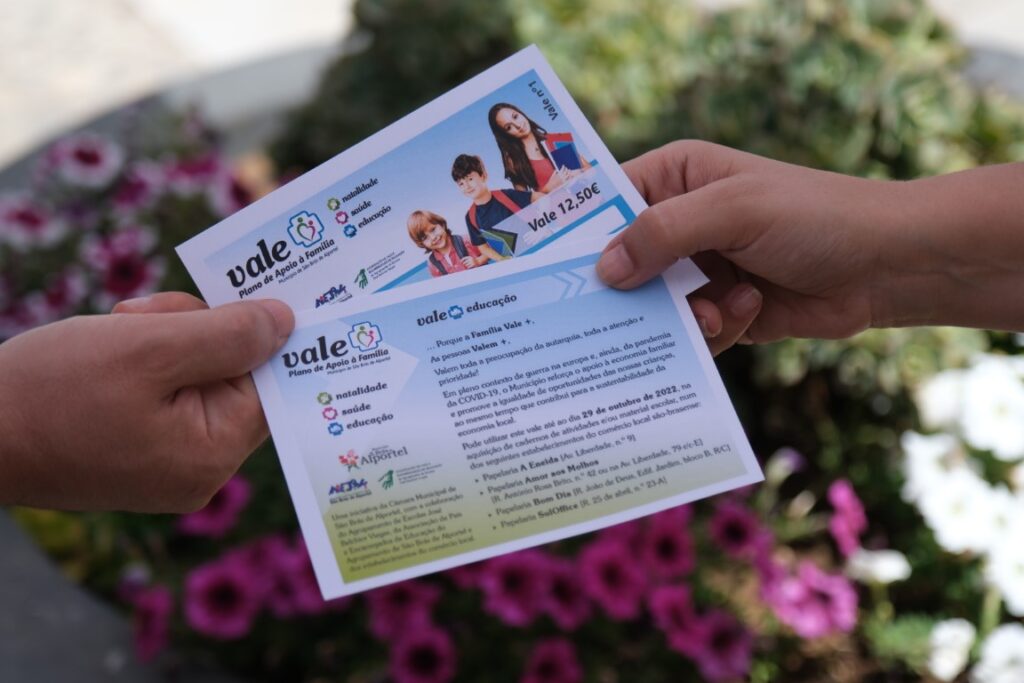 Students from schools in the municipality of São Brás de Alportel will once again receive +Education Vouchers of 25 euros from next Wednesday, the 17th, so that they can buy school supplies in the county's stationery stores.

The São Brasense City Council is once again promoting the Vale + Educação initiative in the 2022/23 school year, which will benefit students from the 1st, 2nd, 3rd cycles of basic and secondary education, residing in the municipality, «who attend schools in the county or who attend schools in other counties due to the lack of supply at Escola Secundária José Belchior Viegas».

Parents can collect the Vale + Educação at the City Council's headquarters, at the Office of Support for the Presidency, between 17 August and 28 October, on weekdays, from 9:00 am to 16:00 pm, upon presentation of the citizen's card guardian of education and the student.

«This measure is part of the Municipal Family Support Plan, created in 2015, and which is implemented through a set of measures, namely in the area of ​​education, through Vale + Educação and a cycle of training sessions for families, but also in terms of stimulating birth rates with Vale + Natalidade, launched in 2017 and also in the area of ​​Health, with the award of Vale + Saúde, which promotes free visual acuity screenings for children aged between four and ten », according to the Municipality of São Brás de Alportel.

Over time, the measure has been extended. In 2020, support is now given to secondary school students and is now €25 per student, compared to €20 before.

«The reinforcement at the time was motivated by the difficulties resulting from the pandemic context and remains, in this new school year, as a result of the municipality's sensitivity to the global economic and social crisis, although with greater incidence in European countries, as a result of the conflict between Russia and Ukraine and to which the county is not immune", explained the municipality.

In addition to helping families, Vale + Educação «also intends to boost local commerce, since the vouchers are for exclusive use for the purchase of school materials in the county's stationery stores».

Vale + Educação is the result of a collaboration agreement signed by the Municipality of São Brás de Alportel, the José Belchior Viegas School Group and the Association of Parents and Guardians of that group.