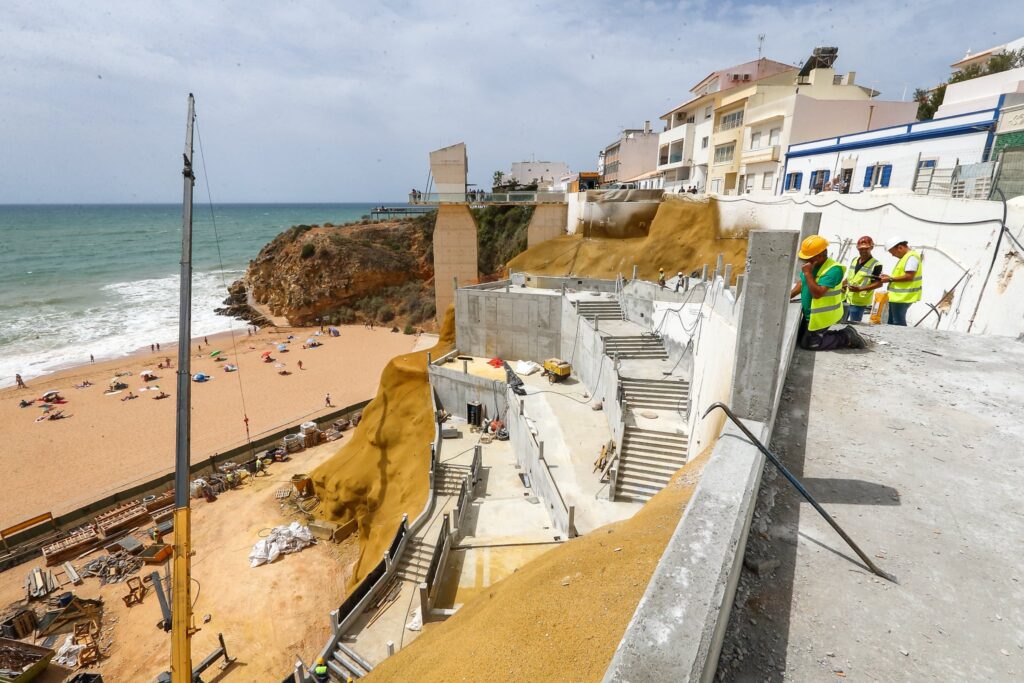 Peneco beach staircase in the final phase of the works

The inauguration of the Preservation and Conservation works of Escadaria and Arriba da Praia do Peneco will be the high point of the celebrations of the municipal holiday of Albufeira, on August 20th.

The opening is scheduled for 18:30, on Esplanada Dr. Frutuoso da Silva, next to that beach. Before that, at 10:00 am, there will be a ceremony of recognition for the relevant work developed by the municipal institutions in response to Covid-19, in the Salão Nobre dos Paços do Concelho.

The program of commemorations of the Municipality Day begins, however, on the 12th, Friday, at 10:00 am, with the recognition of young people with merit paths in the associative and school scope, in a ceremony to take place in the Main Hall and included in the celebrations of the International Youth Day. There are about 70 young people to receive a distinction, with a collective lunch and a boat trip along the coastal area of ​​the Municipality.

On the same day, at 18:00, the opening of the exhibition “Colors and Shapes of Our Artists” will take place at the João Bailote Municipal Gallery, resulting from the biennial competition that has been held since 1997.

On the eve of the municipal holiday, the 19th, the entertainment is in charge of “BRK”, a group that creates TikTok that will do dance demonstrations, in a youth show that promises to infect everyone in Praça dos Pescadores. Also to be present on stage, there will be the special participation of Soul Dance.

To end the day, at 20:30 pm, there will be a walk through the municipality, with the group “Caminhadas ao Luar”, open to the entire population, with two routes (medium and long) to choose from.

On the 20th of August, the festivities begin at 9:30 am, with the official ceremony of the Municipality Day at the Paços do Concelho, with the raising of the flag, followed by the National Anthem, by the Banda Musical e Recreio de Paderne, and by the guard of honor to responsibility of the Volunteer Firefighters of Albufeira and Fanfarra.

At night, Praça dos Pescadores hosts, at 22:30 pm, a concert with the singer Mariza, followed by a pyromusical show at midnight.

The 20th of August was established as a municipal holiday in 1977, by city council deliberation of the 15th of June of that year, celebrating the date of the donation of the Letter of Foral to Albufeira, by D. Manuel I, in 1504.