"We ask that you do not use the students as a pitch in this conflict", reads the student's letter. 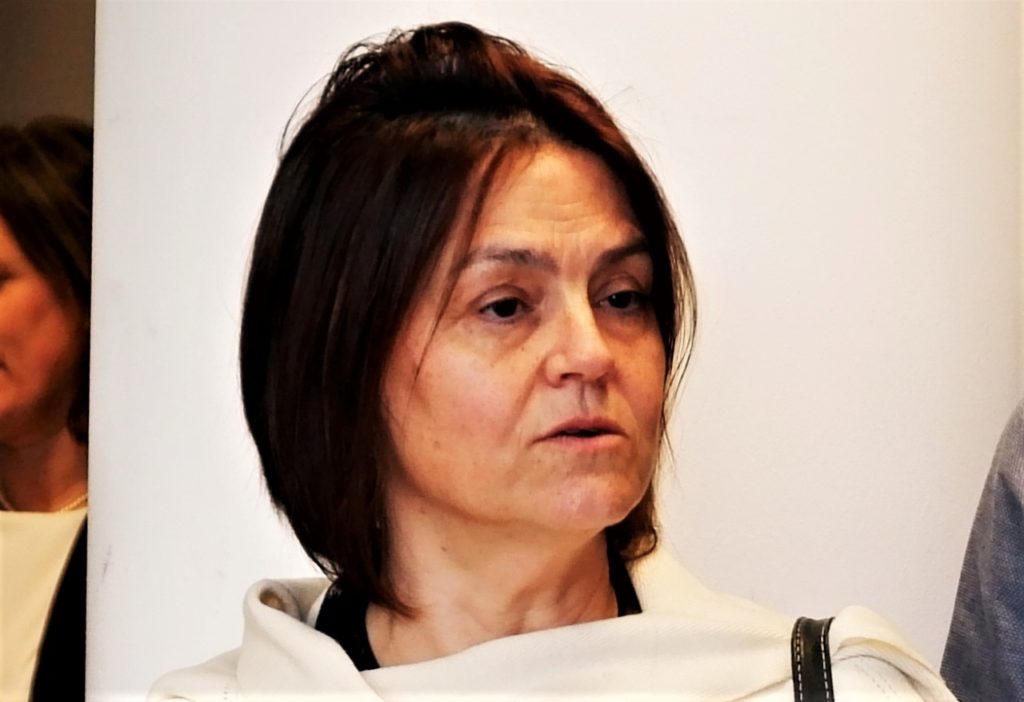 Isabel Palmeirim presented the resignation of director of the Faculty of Medicine and Biomedical Sciences of the University of Algarve and of the Integrated Master in Medicine. In question is an open letter from the «student group» of this course that says it is «being coerced to enter” Hospital Garcia de Orta (Almada) to fulfill the curriculum plan, to the detriment of the vacancies made available” by Centro Hospitalar Universitário, also asking not to be a “throwing weapon” between CHUA and ABC.

The resignation request was revealed by Isabel Palmeirim herself in statements to the Sul Informação.

"I presented it to the dean last night," he said.

Contacted by our newspaper, the University of Algarve only said that any dismissal is processed «under the terms defined in article 50 of the Statutes» and that it is aware of the open letter, despite it not having been «sent to the rectory» and not being «signed ».

According to Isabel Palmeirim, who was also part of the Algarve Biomedical Center (ABC), the resignation request arises because the letter is signed in the name of “the group of students” and not “of a group of students”.

The open letter, sent to the newsrooms, is not signed, but the author or authors say they are being “coerced into entering” the Garcia de Orta Hospital, “outside the region, to comply with the curriculum plan”, instead of CHUA, closer geographically.

In her statements to our newspaper, Isabel Palmeirim assumed that the Garcia de Orta option was “presented” to the students, but that there was “no coercion”.

This decision was only taken, moreover, because the Government decided to integrate “Garcia de Orta in the ABC consortium”, according to the outgoing director, and also because the “cooperation difficulty” between CHUA and UAlg is “total”.

«We asked the students where they came from, where it would be easier and the truth is that we have some students from Lisbon, for example. In addition, we take responsibility for the expenses”, he explained.

Isabel Palmeirim also questioned the origin of the letter, since it is not signed. “What students are telling me is that they didn't know anything,” she said.

In this letter, the group of students, who wish to remain anonymous, affirms their "neutral position, moving away from any judgment or taking a position", but confesses that there has been, "for endless months", a "litigious process" between CHUA and ABC (a consortium that includes Centro Hospitalar, Universidade do Algarve and now also Hospital Garcia de Orta) that is affecting students.

«We appeal to all parties to comply with their strategic values, without prejudice to accessibility to health care, allowing students who entered the Integrated Master in Medicine at the University of Algarve to enjoy the training capacity of the Centro Hospitalar Universitário do Algarve ( CHUA), as stipulated'.

Also contacted by Sul Informação, the CHUA Board of Directors said it was unaware of this situation, despite having also received the same letter «in the general email».

Centro Hospital Universitário guarantees that it is «available to receive students to complete their internships».

«We will welcome everyone who wants to do an internship with us, whether from the University of the Algarve or from any other national or international university that makes the request, as has been the case until now», reads a response sent to our newspaper.

CHUA assumes, however, that it understands the students' “anxieties”, expressed in that open letter.

«Knowing that most students have residency and assistance activity in the region already, we understand their wishes, and CHUA and UAlg maintain normal institutional collaboration. We have already scheduled a new attempt to meet the Bilateral Formal Commission with the Faculty of Medicine's Board of Directors to prepare for the new academic year», says the Board of Directors.

The Centro Hospitalar Universitário do Algarve will also meet with Paulo Águas, rector of UAlg, to «understand the veracity of these statements».

«CHUA was available to receive the representatives of the students to listen to them, being only the recipient of the same. CHUA also received contact from students concerned about the situation, and is committed to continuing to work in favor of pre- and post-graduate education of excellence in the region», it also reads.

But the story doesn't stop there.

In statements to the Sul Informação, José Ponte, founder of the Integrated Masters in Medicine at the University of Algarve, accused CHUA of being the «originator» of this letter, finding it strange that «it was not signed».

«The letter is not representative of the students and has a relative strength», he also considered.

Asked about this, the CHUA Board of Directors only said that it has no conflicts “of any nature with the Faculty of Medicine, with any of its members, even with those that make up the ABC, with which we do not even have a process or litigation” .

In the midst of the controversy are the students who, in the open letter sent, ask not to be “thrown into this conflict”.

The students reject «that the quality and future of medical training in the Algarve is distorted by institutional conflicts unrelated to the academic context, with the imposition of travel to the Lisbon region to complete the 5th and 6th year of medical training, distorting the purpose of setting doctors in the region, inherent to the foundation of the Integrated Master in Medicine at the University of Algarve».

«We reiterate the need for dialogue for a swift, serene and diplomatic understanding between all parties, aiming at the respective institutional missions to protect health in the Algarve», concludes the open letter.

The controversy between ABC and CHUA results do iron arm between the current president of ABC, the doctor Nuno Marques, and the Board of Directors of CHUA, that o Sul Informação was taking care of.