This team is installed at the Advanced Civil Protection Unit, in Vale Maria Dias 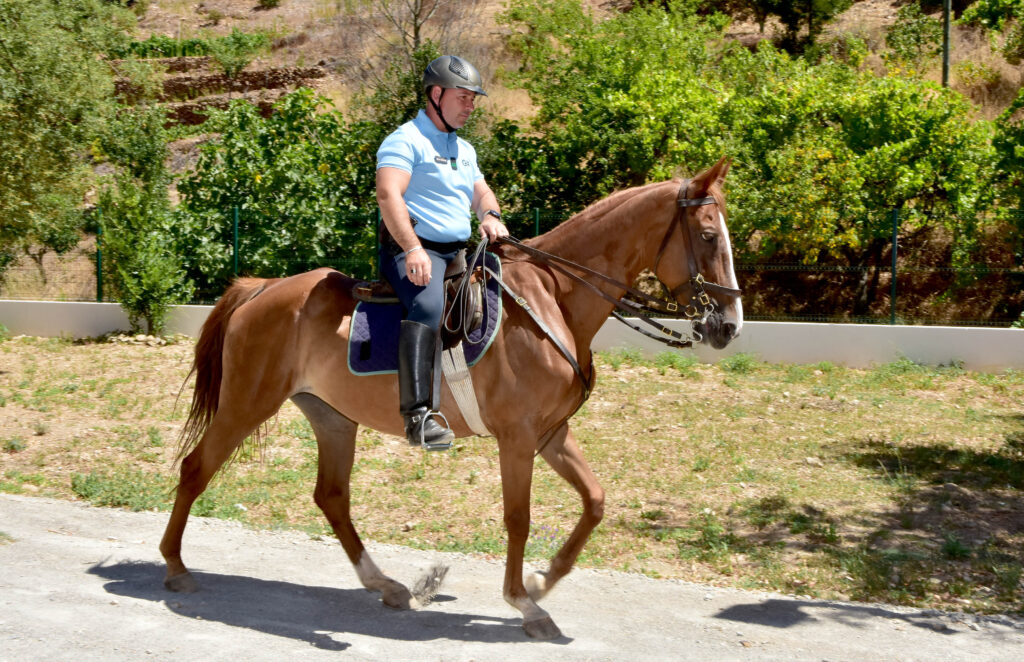 A GNR team is patrolling the Serra do Caldeirão on horseback, in the areas between the parishes of Salir and Ameixial.

This team is installed in Advanced Civil Protection Unit, in Vale Maria Dias.

Daily, including Saturdays and Sundays, two soldiers travel “an average of 15 to 18 kilometers”, between hills and valleys, with a weekly rotation, to protect this mountain area from potential voluntary or involuntary acts and identify possible arsonists.

Carlos de Almeida, from the Territorial Command of the GNR of Faro, mentions that three different routes are carried out in the areas of the landfill of Cortelha, Fornalha and Montes Novos, justifying that it is «important to vary the routes so that they are not always the same routines, otherwise people (possible offenders) will notice».

It is often the population itself that gives information to the military regarding some type of strange behavior, but so far no case has been detected in these stops.

This surveillance runs until the end of September. However, this schedule “is flexible” as, if there is a perception that the weather conditions are prolonged, the team will remain on the ground.

The elements of the GNR are quite satisfied with the reception they have found in this Advanced Unit to carry out their work, a recently inaugurated space that is already a reference in support for prevention, first intervention and combating forest fires.

«The Loulé Chamber allows us to have more conditions to fulfill our mission in the best way since, not only the men but the horses, have all the comfort here», says the head of the GNR.

Also satisfied with this initiative are the presidents of the two parish councils encompassed by the project.

«This service is always to be praised, above all for the good of the population», says José Carrusca, president of the Junta do Ameixial.

Francisco André Rodrigues, from Salir, underlines the fact that the action focuses not only on “prevention, but also on security, which is so important in these rural areas, since people feel safer with the assiduous presence of the military”.

Councilman Carlos Carmo highlights the objective of this action: «bringing more and more resilience and presence to the territory is the challenge. It is a pilot experience that I hope can be replicated in other parts of the country».

For now, the results within the municipality of Loulé are quite positive as, so far, the number of ignitions is low. Since the main concern in terms of rural fires has been to the south of the city of Loulé, this official believes that «already next year it would be important to extend this project to the coast».

«We have to prepare and create mechanisms to have some kind of permanent surveillance, particularly in the Trafal and Ludo area, which are the areas with the highest incidence of fires. We are already working in this direction», said Carlos Carmo.