Documentary about the fishing community of this coastal town 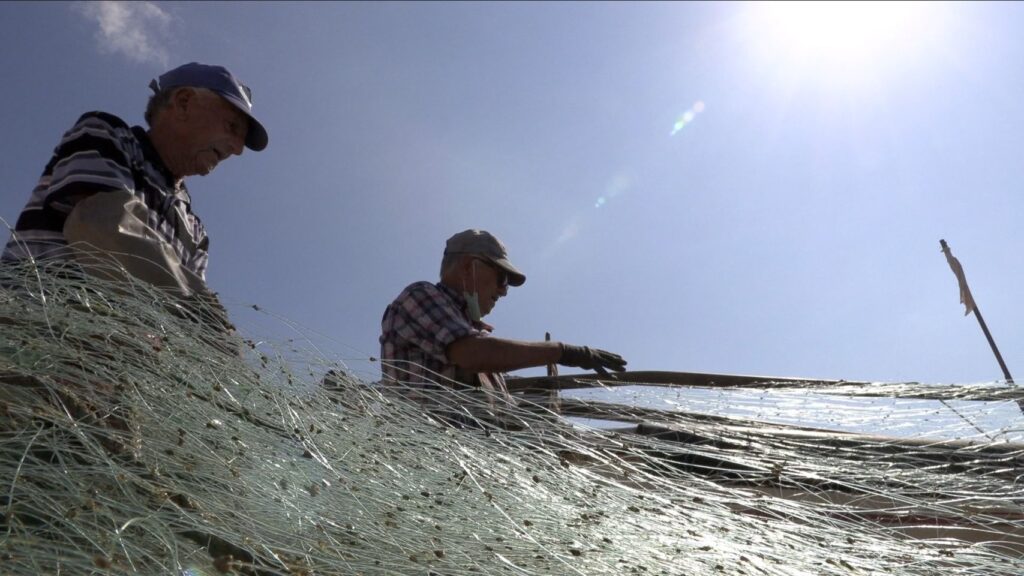 The documentary «Um Olhar entre Redes», directed by Ana Medeira, premieres on Saturday, the 13th, at 22 pm, at the Armação de Pêra Fortress, with free admission.

It is a documentary about the fishing community of this coastal town.

With the support of Fúlvia Almeida's arguments and content collection, the documentary will later be shown in other places in the municipality of Silves.

So, after the premiere, head to Praça do Coreto, in Alcantarilha, at 21 pm on the 00th of September, to the Cineteatro João de Deus, in São Bartolomeu de Messines, on the 7th of September, at 4:18, to the Centro Pastoral de Pêra, on September 00 (10 pm), ending in Silves, in Praça Al-Mutamid, on September 21 (00 pm).

The documentary has the institutional support of the Ministry of Culture and also other support from the Municipality of Silves and the Regional Directorate of Culture of the Algarve and partnerships of the Parish Council of Armação de Pêra and the Fishermen's Association of Armação de Pêra.

CAMP, the non-festival in an Algarve vineyard, starts this Friday at Morgado do Quintão

Lagos has been putting “Health in Motion” for 20 years

Algarve Spa Week is back with 50% discounts on luxury spas