Rogério Bacalhau reveals that there was a court decision that not only granted the usufruct of the land to private individuals, but also, “apparently”, gave them the right to fence it. 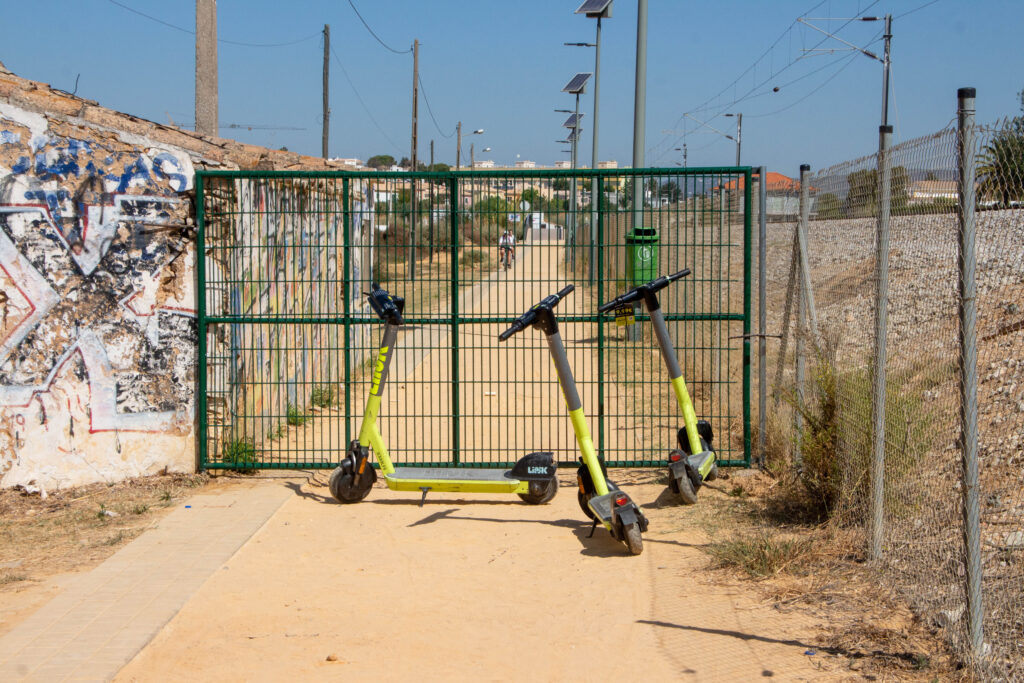 The Chamber of Faro will expropriate the riverside promenade section of the city which was closed with gates by private individuals, on Monday, the 8th, revealed to Sul Informação Rogério Bacalhau, president of the municipality.

This decision follows a court ruling, which gave the family that claims to be the owner of the land, represented by Valter Alfaiate, «not the property, but the usufruct of the land» and the house there.

The problem is that, «apparently», the sentence also gives Valter Alfaiate, who has long been in litigation with the Chamber of Faro, 'authorization to fence the land'.

“Our legal office is already seeing what we can do. I don't know what can be done immediately, but if there is a possibility of removing the gates, we will do it», assured Rogério Bacalhau.

What is already a certainty in the mind of the president of the Chamber of Faro is that the business of buying the land in question, by the municipality, is not in a position to move forward.

The solution is to «expropriate only the road», not including «neither the house, nor the rest of the land» in the action.

This is a process that may take some time, «at least two months», but which Rogério Bacalhau believes will be the one that best serves the interests of the municipality and the population.

Until then, and if the Chamber does not have legal coverage to reopen the path, the mayor asks for “a lot of prudence” to those who use it.

This “war” between the representative of the now usufructuaries of the land and the house and the municipal executive of Faro dates back to 2014, when he refused to accept the 190 thousand euros offered by the municipality, demanding, instead, an amount of 450 thousand euros that, years before, the Chamber and the Municipal Assembly admitted to paying for the property.

At the time, the Chamber justified that it asked for an assessment of the value of the land, which indicated that it was worth about 190 thousand euros. In this way, I would only be willing to spend this amount.

Valter Alfaiate not only did not accept the reduction in the amount offered, how he decided to dig a ditch and destroy a walkway on the way along the railway line that passes inside the property, blocking the passage in what would be the future west access to Parque Ribeirinho de Faro.

After this attitude, the president of the Chamber of Faro, the Portuguese Environment Agency/Administration of the Algarve Hydrological Region «determined that the land was in the Public Water Domain», which allowed Polis to make «the walkway and complete the riverside park», with the path becoming an integral part of the Passeio Ribeirinho de Faro.

However, the alleged owners of the land went to court and, recently, saw the justice grant them the aforementioned right of usufruct.

«He [Valter Alfaiate] came to the Chamber showing the sentence and said he could do whatever he wanted. I asked for a new assessment of the land, which he pointed to values ​​similar to those of 2014, even a little lower ».

Even so, the municipality again offered 190 thousand euros to Valter Alfaiate, “who presented an assessment of 500 or so thousand euros”, an amount that the executive refused to pay.

Following the failure of these negotiations, the landowner decided to foreclose the Passeio Ribeirinho de Faro, which passes through the land in question, with iron gates, preventing the passage of many people who use this path daily to walk or even to travel to their jobs.

CAMP, the non-festival in an Algarve vineyard, starts this Friday at Morgado do Quintão

Lagos has been putting “Health in Motion” for 20 years

Algarve Spa Week is back with 50% discounts on luxury spas