Today's stage was won in the sprint by Luís Gomes 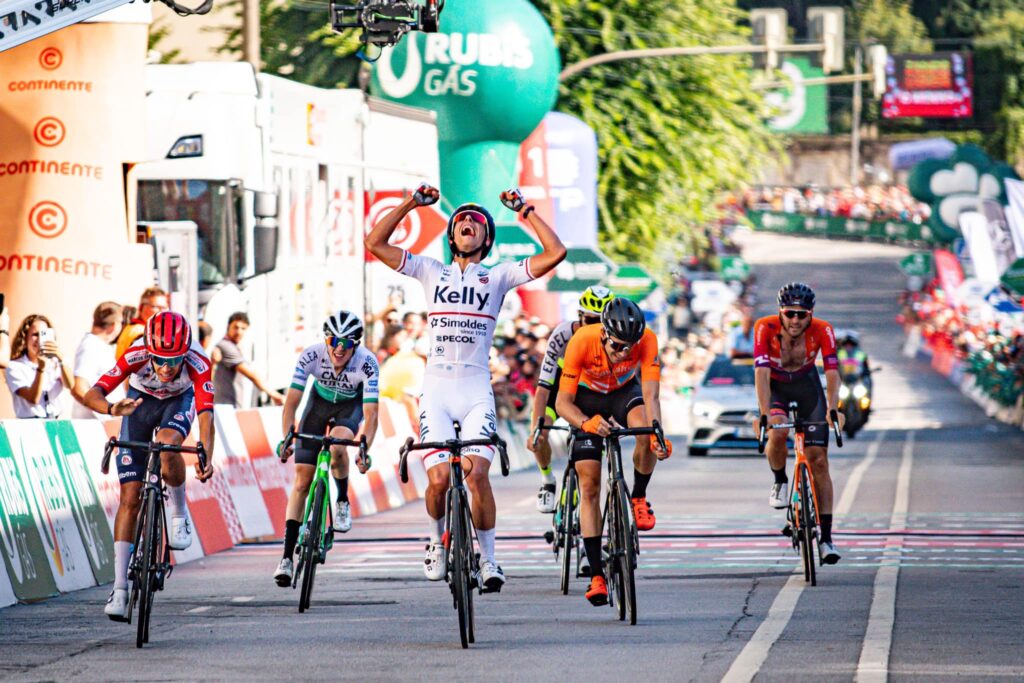 The end was exciting, played in a sprint by a group that managed to escape and win almost a minute and a half over the peloton, but the final results of the 7th stage of the 83rd of the Volta a Portugal, which took place today and linked Santo Tirso to Braga, did not prevented Alejandro Marque and Delio Fernandez, from Atum General/Tavira/AP Maria Nova Hotel, and Jesus Del Pino, from Aviludo/Louletano/Loulé Concelho, from remaining in the top 10 of the competition.

Luís Gomes (Kelly/ Simoldes/ UDO) was the winner of today's stage, in a final sprint disputed by six cyclists, but it is Frederico Figueiredo (Glassdrive/Q8/Anicolor) who keeps the Yellow Jersey.

With three to go, Alejandro Marque remains in sixth place at 0h03min33sec, followed by Delio Fernandez in seventh (0m04min17sec) and Jesus Del Pino in eighth (0h05min44sec).

Still regarding the Algarve teams, but focusing attention only on today's stage, the first cyclist to arrive at the stage was Rafael Lourenço, from Atum General/Tavira/AP Maria Nova Hotel (11th), soon followed by Rui Rodrigues, from Aviludo/ Louletano/Loulé Concelho (12th, with the same time).

Tomorrow, Saturday, the stage takes place between Viana do Castelo and Fafe, with cyclists having to pedal over 182,4 kilometers.