Athlete renewed the title won in Newquay in 2019 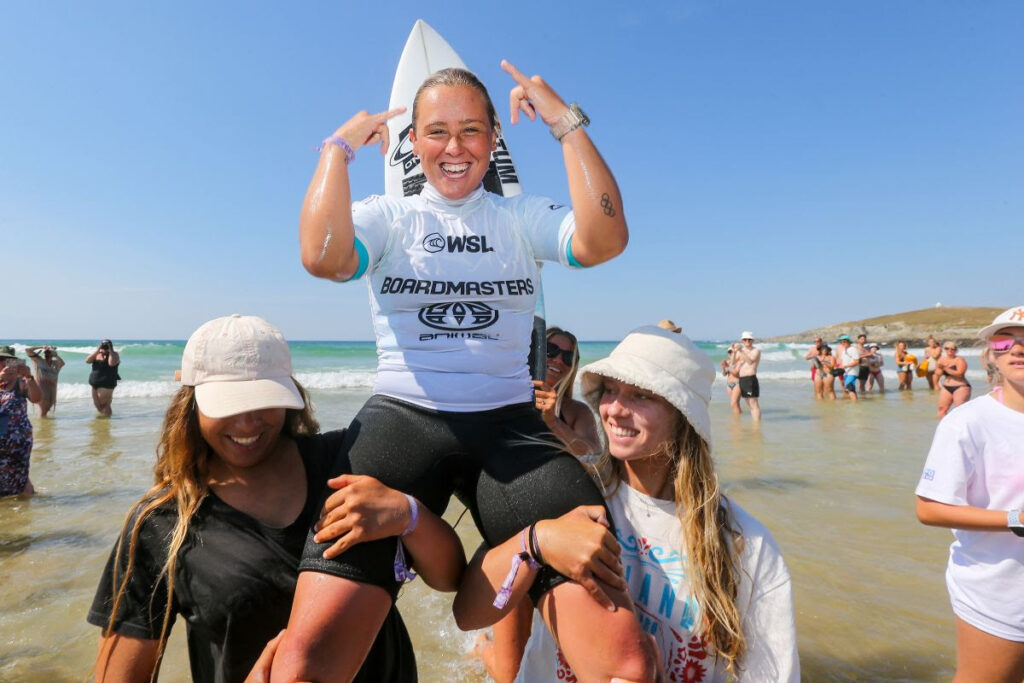 The Algarve athlete thus renewed the title won in Newquay in 2019, in what had been the last edition of this European surfing event, which had not been played in the last two years due to the pandemic.

«After having managed to overcome three heats the day before, always with triumphs and high scores, the Algarve surfer got a spot that was disputed this Friday afternoon», says the National Surfer Association in a note.

After yesterday's recital, this time Yolanda scored only 11,40 points. Even so, these points were necessary to guarantee a triumph against the Spanish trio – Janire Gonzalez Etxabarri was 2nd, Laura Coviella 3rd and Ariane Ochoa 4th.

“I'm super happy to have won here in Newquay again. Yesterday was a hard day. I didn't even have my boards and I had to surf with borrowed boards. However, I felt everyone's support and the waves were so much fun. There was a very positive atmosphere here and I loved everything”, said Yolanda Hopkins.

Portugal was also represented in the women's competition by Kika Veselko, who finished in 5th place, and Gabriela Dinis, who was 17th.

With this triumph, Yolanda Hopkins secured her rise to the top of the European rankings, after completing two stages. Yolanda took over from Teresa Bonvalot, winner of the opening stage of the circuit, in Pantín, and European champion in title, who was not present at the Cornish race.

According to the National Association of Surfers, the European qualification for the Challenger Series 2023, which gives access to the world's surfing elite, continues next week, in Lacanau, France.

The following week the French waves welcome the best European surfers again, this time with a QS3000 in Anglet. The fifth event of the year will only take place in October, in the Azores, with all other stages expected to take place in the first half of 2023.