The exhibition will run until the 1th of October 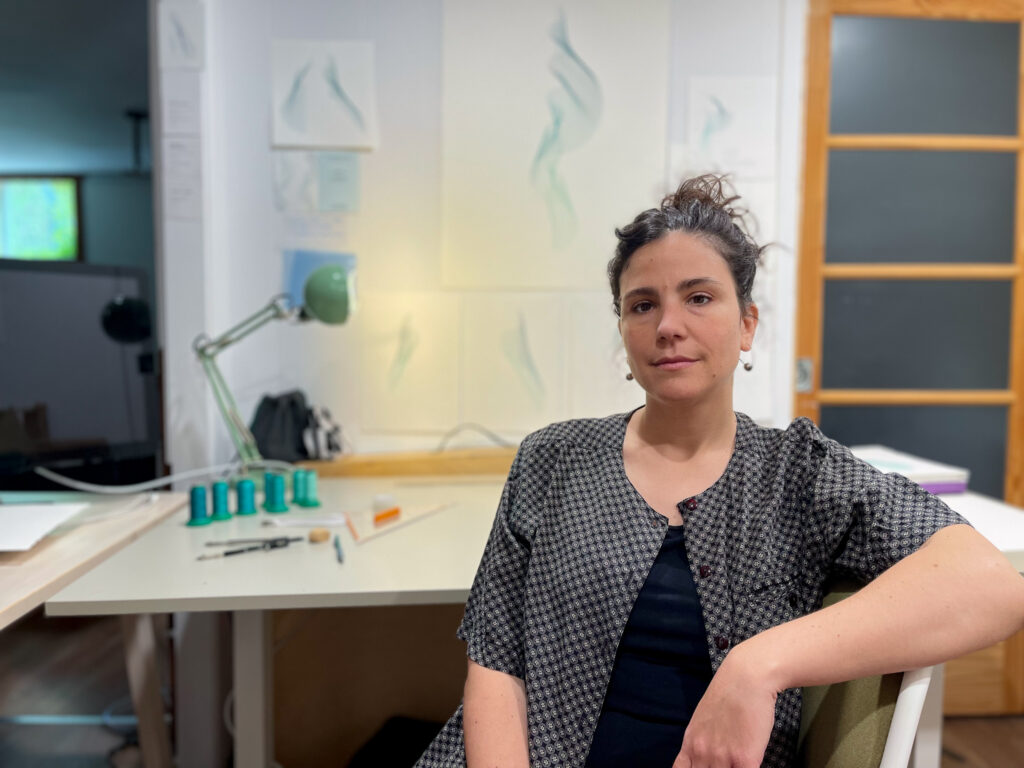 The exhibition “Poiesis”, by Catarina Rosa, opens this Friday, August 5, at 17 pm, at Galeria Gama Rama, in Faro.

“Follow the thread, always.” This is the motto of this exhibition by the artist from Faro, based in Montreal since 2016, which brings together her works on paper, canvas and video, as well as an installation co-authored with digital and sound artist Miguel Neto.

The exhibition will be open until the 1st of October.

Catarina Rosa, born in Faro in 1980, she graduated in Fine Arts from the Faculty of Fine Arts of Lisbon, in 2004. Between 2003/04 she obtained an Erasmus scholarship, settling in Valencia (Spain), where she took part in the performance course taught by the performer and sound poet Bartolomé Ferrando.

His personal and artistic journey continued through Brussels, Paris, arriving in 2016 in Montreal (Canada), where he has lived and worked since then.

He was a finalist for the Celeste Prize 2012 (Rome), where he won second prize in the painting and drawing category. Throughout his artistic career, he has held several individual and group exhibitions, including “Réel, Virtuel, Réel”, with the kinetic artist Elias Crespin, at the Musée en Herbe, Paris (2013), the individual exhibition “Trajectory of a Volume ”, at the Consulate of Portugal, Paris (2015) and “Le Silence du Mouvement”, at the Pavillon Carré de Baudouin, Paris (2019).

It is represented by Galeria Eko Sato, in Paris.