Port of Sines participated in the Oceans Conference 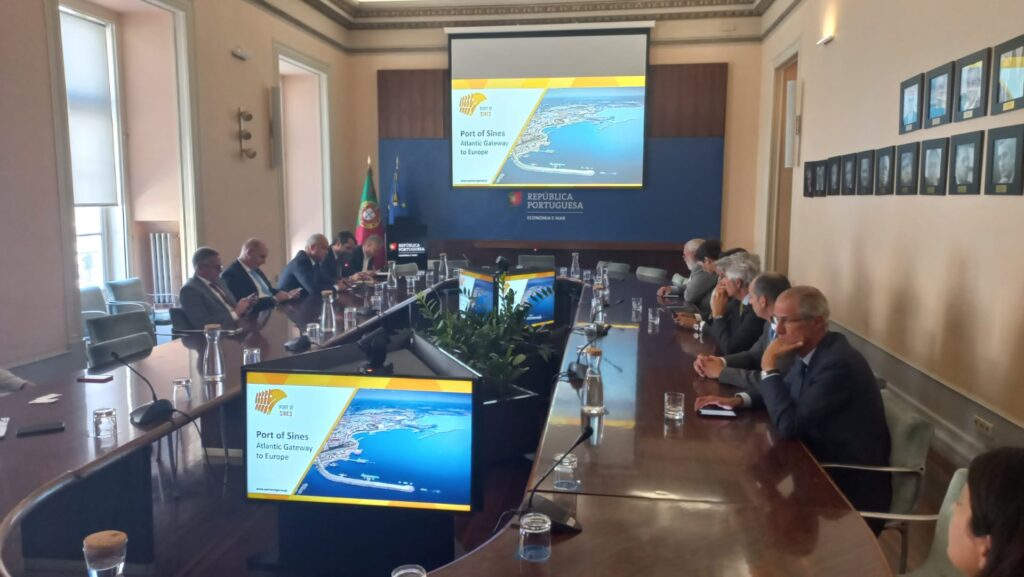 The Administration of the Ports of Sines and Algarve (APS) participated in several events within the framework of the UN Ocean Conference, which took place in Lisbon, between the 27th of June and the 1st of July, with the objective of «promoting innovative solutions based on scientific research aimed at launching a new chapter in global action for the sustainability of the oceans and the planet».

Taking advantage of the presence of entities linked to the Blue Economy, the Blue Finance Event, which brought together companies related to the financing of sustainable projects for the development of the economy of the sea, with a special focus on renewable energies.

In partnership with aicep Global Parques, the managing entity of the Industrial and Logistics Zone of Sines, an event was held to promote Sines' port and logistical potential.

The event highlighted the «digitization and decarbonization of logistical corridors for access to the port, taking as an example the Nexus project, as well as a vast area for industrial and energy projects especially related to renewable gases, such as hydrogen and ammonia, and industries that benefit of these clean energies; and also the digital hub for installing datacenters and cable landing stations», says the Administration of the Ports of Sines and Algarve in a press release.

At the opening, this event was attended by António Costa e Silva, Minister of Economy.

At the Investment Forum, APS also highlighted its role in creating an innovative blue economy.

Finally, the Portugal/Nigeria Economic Forum event was dedicated to the role that the Port of Sines can play in the diversification of European energy supply, namely in the supply of natural gas to central European countries.