Fire, or the vice that reality has, of imposing itself on fiction 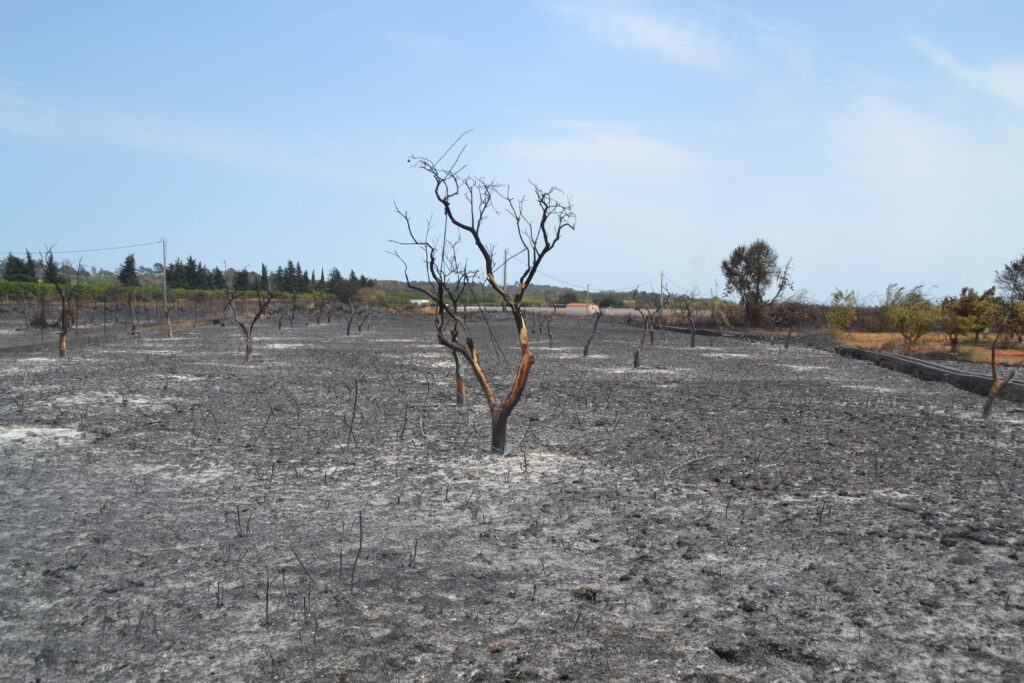 At a time when great fires raged – again, and as always – the landscape of the region, covering some of the already traditional areas in the Algarve fire route, the usual doubts assail us.

How was it possible? What failed? Whose fault is it? Haven't we learned anything from the fire of [insert year to taste] in [insert location to taste]?

These are actually generic questions, as generic is our concern.

Obviously, we are worried about the tragedy that befalls people. And without looking at whom, since fear, terror and bewilderment are equally reflected in the eyes of residents and tourists, nationals or foreigners, rich or poor. The catastrophe makes us all equal, as it levels us on the ground of shared fragility, in the face of the power of natural elements. And few, in the Algarve, will never have been in the grip of an approaching fire.

At the same time, society is divided into tumultuous blocks that wield, with their fingers in the air, arguments of a varied nature. All exacerbated by perfectly adverse weather conditions, and ignitions that originate in the most suspicious circumstances. Analyzes and diagnoses abound, the contributions of specialists follow one another. But we are no more than a house where there is no bread…

The rhythms and script of our pain are given to us by the media, on the most varied platforms. A picture worth more than a thousand words, this “season of fires” will no longer escape the providential heroism of the contemporary, healed and Leiriense version of S. João Batista (João Morgado, his name), carrying the Agnus Dei, in underwear. brand, in a sublime meeting of sacred and profane imaginaries. But beyond the immediate impact that the images have on us, little remains.

Let's face reality: if the tragedies of 2017, with hundreds of deaths, did not mark us, nor push us towards a demanding citizenship in terms of landscape management, nothing will. As much as most reporters of what today passes for television journalism rip their clothes, in histrionic trance, if not hysterical, the degree of inscription of so much show is reduced. Either because we are already saturated, or because, faced with the immediate competition of the “next big thing”, there is not even time to truly assimilate any meaning, beyond the mere puppet.

That is why, although the icon João Morgado is now widely discussed, it will soon be a memory as distant as that of Manuel Nascimento, from Tondela, who died in 2019, two years after the President of the Republic made him, in the aftermath, of fire, a promise that he never fulfilled, in a moment immortalized by João Porfírio.

Or as far away as that of João Guerreiro, coordinator of the independent technical commissions responsible for analyzing the dramatic fires of precisely 2017, whose reports pointed out errors and presented proposals for structural reforms in the Portuguese landscape, understood in its broadest sense, as a synthesis of land. and people.

I think there will be little doubt today that these reforms will never happen – the error in this sentence is gratefully acknowledged. Not so much because of the inescapable scarcity of economic and financial resources in the country (those who have PRR, have everything…), but because of a political deficit, shared by all of us, who join together as a society.

These measures are based on territorial cohesion and the correction of economic and social asymmetries that empty vast expanses of the landscape, creating distressing human deserts and leaving a mere territory to chance. Indifferent to mismanagement, the landscape thus obeys only the rhythms of Nature, which so often bring together the Atlantic and the Mediterranean, in a rich mixture. Of fuel. That grows, and thus feeds the fire, which is a process – and not an object – which, more than the way it starts, is interested in the existing conditions for its development.

Changing this state of affairs is a project for generations, therefore, just as the problem has been for generations. Far above electoral cycles, many of the necessary measures represent, moreover, authentic political suicides for those who bravely want to take them on.

Because we are a country of appearances, not substance. We like mistakes, as long as it saves us the trouble of facing the work that involves changing reality.

The case of the “forest” space (let's accept, without discussion, for the purposes of reflection, this designation) of Ludo, now consumed by flames, half walls with some of the most expensive and valuable properties in the Algarve and with the regional University, shows that abandonment pays dearly, even when it's gourmet and takes place very close to the view, as opposed to the forgotten interior.

Just to give you an idea, and the result of a process that has its origins in the XNUMXth century. In the XNUMXth century, anyone who wants to look deeply into the issue of ownership in this area will have serious doubts about the ownership of some land or, at the very least, the way in which it evolved. Meanwhile, an impasse prevails between interests (mainly conservationists and real estate) incidents on these landscapes, while reality imposes itself, creating a mosaic of uses as diverse as the exploitation of salt and dumps, construction sites, abandoned forest nurseries or bushes and uncontrolled forests, under a blanket of general lack of maintenance. A chance happens, or a bad intention arises, and we have a problem on our hands.

This tiny example, in an area ennobled by natural values ​​and animated by the speculative values ​​of real estate and tourism, is an outstanding showcase of what is the reality of much of the landscape management in the Algarve, and in Portugal. And of its consequences.

Aware of this, and in an exercise that, although surely well-intentioned, results in an Orwellian essay - in the image of others, very successful, in the wake of the pandemic - the Government still tried to protect us from ourselves, adding to the "device" (always fail-safe, comme il faut) the suppression or limitation of a set of rights, freedoms and guarantees, imposing a kind of climate partial/sectoral confinement. Not like that.

Here, it is always important to remember that any government is not “The” to blame for the situation we are experiencing. But everyone is entirely responsible. This Government has the particularity of having promised, in a not too distant propagandistic mimicry, to have carried out the biggest reform of the forest since the times of D. Dinis. Either “O Lavrador” did little, or it didn’t happen…

Not wanting to be a spoilsport, it is worth remembering that, in 1853, D. Pedro V, through Fontes Pereira de Mello, then Minister of Public Works, Commerce and Industry, ordered a commission to be set up, whose mission was to draw up a Forest Code that would dispersed legislation on this matter and harmonized it with “the principles of science”. It did so, among other reasons, to try to give continuity and substance to the forest promotion plan launched earlier, by Queen Maria II (which included free distribution of seeds, leaving the Municipal Councils with the responsibility of organizing the forest stand projects ).

In other words, it is not today that we are trying to understand what to do in terms of the forest. It is not new that it is producing legislation in bulk, without taking care to articulate it with the sectoral technical knowledge that it intends to regulate. And, above all, it is not today that the creation of a commission is thought to be a panacea for all ills.

After this, will there be another one?

Author Gonçalo Gomes is a landscape architect, president of the Algarve Regional Section of the Portuguese Association of Landscape Architects (APAP).
(and writes according to the old Spelling Agreement)