For sporting successes in the current season 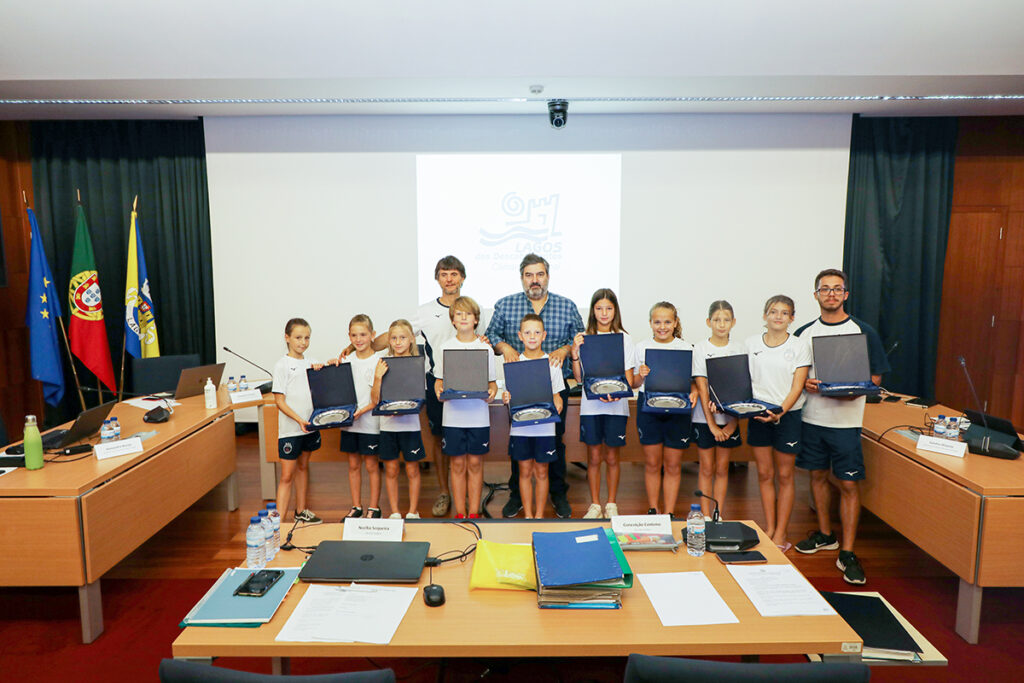 Twelve athletes from the Ginástica Clube de Lagos who won titles in national competitions in the current sporting season were awarded a vote of congratulations and praise by the Lacobrigense Chamber.

In the Children's National Championship of Trampolines David Andronic and Miguel Duarte were national vice-champions (Silver Medal) in the category of pairs in Synchronized Trampolines.

David Andronic also secured bronze, at an individual level, in the double Minitrampoline.

In the National Mini-trampoline Championship, the Lacobrigensian club secured gold and bronze in the beginners and female children's level.

In the session, Hugo Pereira, mayor of Lagos «congratulated the athletes from Lacobrigensia and their families» and addressed «a special word to the club and, in particular, to Professor Fernando Almeida (chairman and coach), for the consistency of the work developed. in promoting the development of the sport and for the demonstrated technical quality».

Fernando Almeida, for his part, stated that the titles achieved are the "result of the joint work of many people and that they are even more valuable because they were played against athletes from clubs that have competitive realities very different from ours, in terms of the training means and conditions'.

This manager also drew attention to the club's need for «a permanent training place, endowed with the indispensable safety conditions for practitioners, as well as a reinforcement of equipment, in order to better prepare athletes, namely in the discipline of Synchronized Trampolines».