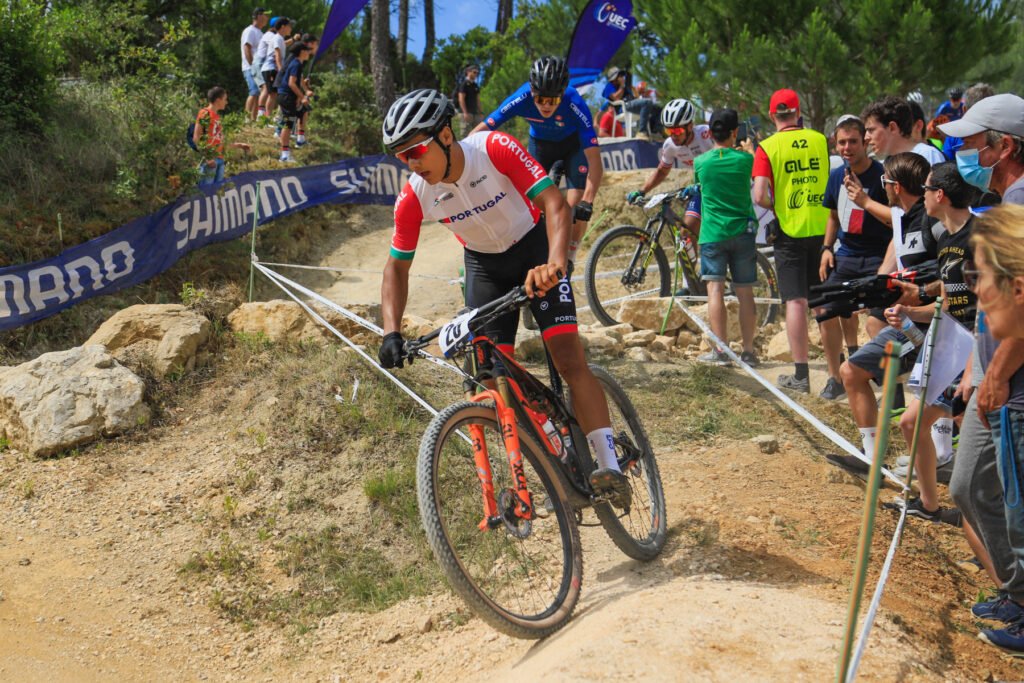 The Algarve Artur Mendonça won, this Saturday, the seventh position in the Olympic cross country event (XCO) for under-19 of the European MTB Championship, which takes place, until this Sunday, at the Tamengos track, Anadia.

Starting from place 24 on the starting grid, the Algarve rider had a troubled start, with a small fall, without physical consequences, forcing an extra effort to recover positions. Artur Mendonça successfully overcame this mishap, quickly entering the top ten in Europe.

About halfway through the race, Artur Mendonça came to ride in fifth position, but needed to control his energies for the final stretch of the race. After a lap in which he gave up some positions, the athlete accelerated again in the final phase, finishing the race in seventh place.

The Algarve rider spent 1m37s more than the Danish Gustav Pedersen. The Nordic runner arrived in Anadia with the status of favorite, given the first position in the world ranking, and did not disappoint.

«At the beginning of the race I had a crash, right after the start loop. Then it was to recover positions and I got as far as possible. But I wasn't expecting such a good result, it was excellent. A top 10 at the European is fantastic, even more so racing at home, with the support of all these people, at a track I've known for a few years, fun from start to finish», said Artur Mendonça after the effort.